YouTuber Deconstructing What it Means to Have Representation In Games 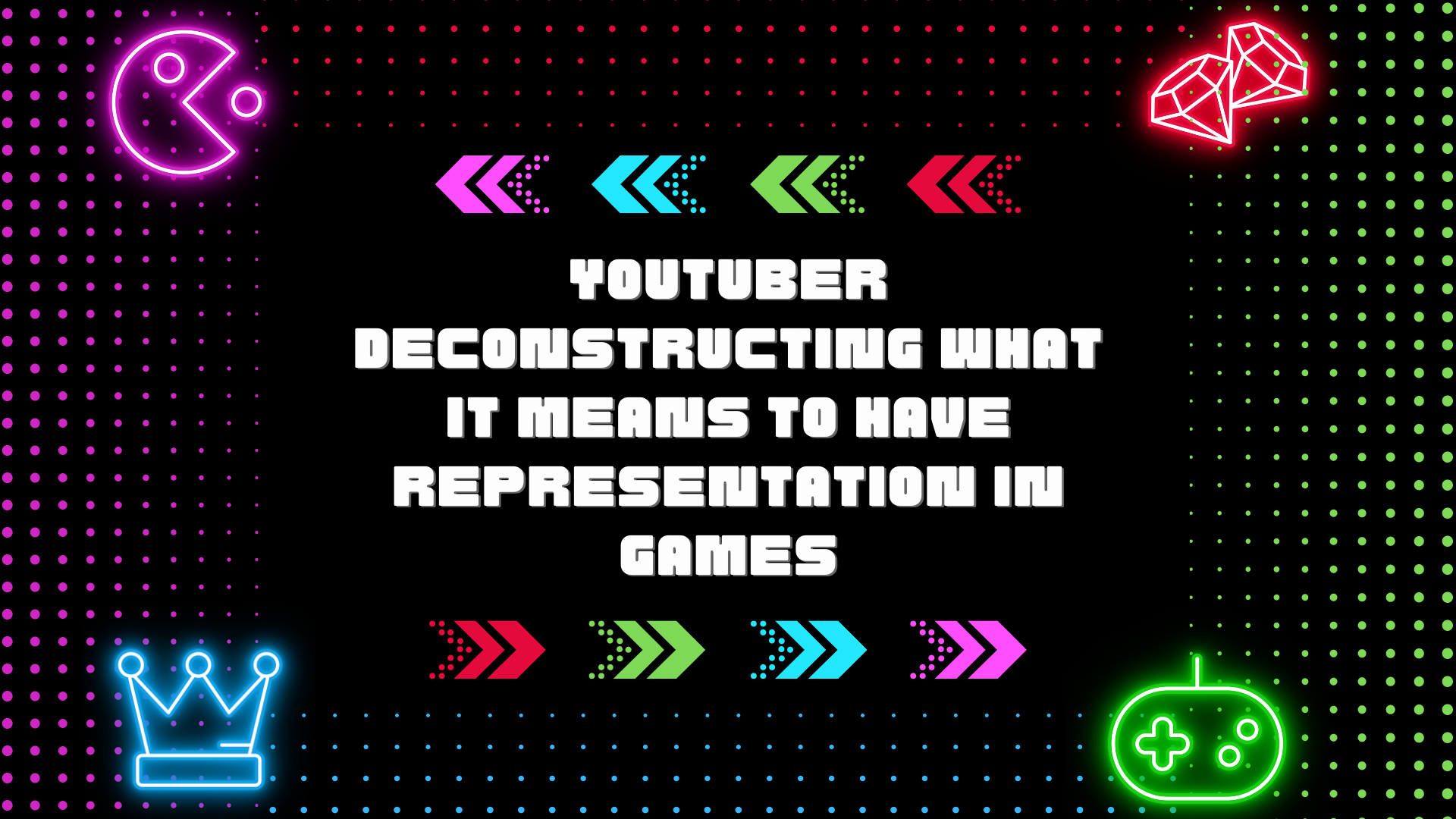 You can easily get lost for hours browsing videos of memes or following your favourite creators. Sometimes the algorithm graces you with new creators who put tremendous time and passion into their work.

Denis, who goes by LambHoot online, is one of those creators deconstructing the media he consumes to understand better the content within their mediums and how they reflect the world around us.

Denis grew up on early Youtube, an era where many kids had channels posting unique lip-syncing videos or videos using what they could with the editing available over Microsoft Movie Maker. Denis stuck with it, and as he reached high school, he began to evolve and look for new ways to explore his creative side. A significant aspect of YouTube focused on gaming, but Denis needed more content that explored games more seriously.

“I think of games as socio-technical systems. They are a piece of technology, and people have to build them, but they have social impact. Like any piece of art, there are artists that work on them and people who will consume them and interpret them in different ways and feel differently about them.”

That’s where LambHoot began, and although video game essays have become more common, at the time, it was new territory.

In one of his recent videos, “Why I haven’t played Hades,” Denis explores why he, a Greek man raised in Montréal, hasn’t been able to enjoy a critically acclaimed video game influenced by Greek mythology. The nearly 2.5-hour video essay has accrued over 35 thousand views and is the first of a two-part video concept. Writing a video essay takes tremendous time and effort. Sometimes in your research, you may misinterpret information or come to conclusions that not all will agree on. However, in a great video essay, the writer needs to allow themselves to be vulnerable, showcase their passion, explore their thoughts, and delve into the deepest recesses of their being on how the subject affects them and how it affects the world around us. Denis has achieved this, spending months and numerous hours writing and rewriting, filming, and editing to present an experience that encourages others to think deeper about the impacts a piece of media has.

When it comes to media representation is important. Seeing heroes and figures on a screen or the pages of a book, we can aspire and dream of great things. Someone just like yourself is capable of anything you put your mind to. In Western countries, it has only been recently that people have fought for meaningful representation. Stories from other cultures and people have been appropriated or completely whitewashed for many years. In Denis’ video, he discusses that many films on Greek epics and mythology have been notoriously un-Greek.

In many productions of Greek mythology, American or UK actors will portray heroes and gods of old with a British accent known as the Queen’s Greek. These stories are often very distant from the culture they’re supposed to represent and can feel merely a set piece. However, this isn’t only done to Greek mythology but stories from cultures worldwide.

“For whatever reason, when these characters of immense power are represented in media are depicted with these British accents to sound regal or royal or fancy in some way… It’s also weird how regularly this occurs. There are more cases of Zeus depicted with a British accent than anything else. So when someone does try to put in an effort to more accurately represent these people, people think it’s weird.”

Popular games like “God of War” and the newer “Hades” can also be attributed to this Greek wallpaper. For “Hades,” the game has promoted itself as representative and inclusive, but for Denis, this representation feels only surface level. However, some companies are putting in tremendous effort to be authentic.

“One of the things I’m working on for the second part of the video is about Ubisoft games. Whenever they depict anyone, just by the nature of their games being giant interactive history books, is they always hire people of those ethnicities to play the characters. Because they’ve been to Greece a couple of times, they’ve had Greek actors play the characters, and the public reception to it is, why do these characters sound so weird? It’s so weird to see that because, to me, these guys sound like my cousin, they sound like my uncle, they sound like my grandfather.”

Although there has been significant progress in representation, much more progress needs to be made. As more stories are made and new audiences see and hear diversity in media when they grow up, they might feel their background is worth representing, and we’ll see a renaissance of new ideas and stories.

The government of Manitoba has released a test project plan to give the residential streets in Winnipeg City a better look into the future. The government’s goal is to lower the speed limit from fifty kilometres per hour to forty or even thirty to make the residential areas safe and END_OF_DOCUMENT_TOKEN_TO_BE_REPLACED

This winter has been one of the most interesting winters that Manitoba has ever faced. It started with very high temperatures, which surprised and confused many Manitobans. Then a couple of storms hit the province.  The weather continued to act weirdly warm, which got some of the winter activities companies END_OF_DOCUMENT_TOKEN_TO_BE_REPLACED