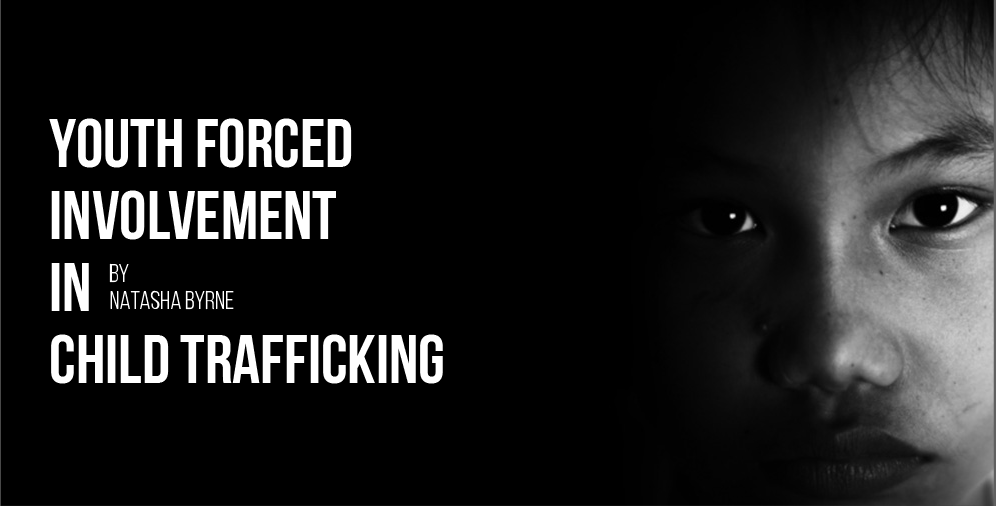 Child trafficking is a sub-category of human trafficking where youths under the age of eighteen are victimized. According to UNICEF Canada, the legal definition is “the recruitment and transfer, harbouring or receipt of children,” and that “this form of abuse usually benefits the trafficker in some way, through either financial, social or political gain.” As in the topic of human trafficking as a whole, this serious issue is not widely spoken, because people think that it is evitable and that their children are protected from such horror.

In fact, due to a worldwide push in supply and demand for trafficked children for cheap labour, as well as, technological advances in the unspeakable scene of child pornography, children are the most vulnerable to this situation. According to Marie Vlachova in “Trafficking in Humans: The Slavery of Our Age,” she elaborates that “this sale of children is perhaps an inevitable phenomenon of a world where economic profits are prioritized over the basic ethical rules of protecting those whose absolute dependency upon adults makes them extremely vulnerable to existing insecurities.” As “trafficking in children has reached epidemic proportions and is escalating out of control,” it is crucial to understand that this unfortunate circumstance is exposed to children in every country, and identifying this can help parents and guardians to take cautious steps in protecting their progenies and themselves from such psychological trauma.

Incidentally, it is no secret that the involvement of the underage victims are without consent and through the decisions of adults they’ve grown to trust. “As reported by some [non-profit organizations], more than eighty percent of trafficked persons [have been] sold by somebody whom they [have known] personally and who profited from their vulnerability.” With this in mind, not only are youths involved by means of an adult they respect or admire, but “orphans [are] sold by the very institutions that should protect them.” In essence, most of the victims are children, because they are forced in these situations due to their vulnerability, and thus, their inability to escape the situation by not having the upper-hand in their own decision-making. 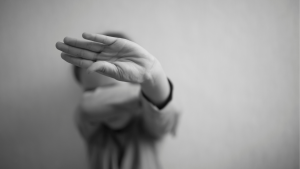 Indeed, to be aware of this unsettling phenomenon is to educate oneself on why children are being trafficked and why morale is nonexistent to the criminals involved. Values and morale are often overlooked because a person’s prerogative in this universal criminal act is overcome by profiting from this worldwide demand or cultural barriers with profiting from child marriage. “The main push factor for the sale of children is seen in the growing demand for cheap, illicit, unqualified labour: children can go either into the agriculture sector or into the production of goods. However, more and more often, the enslavement of children takes in the form of sexual servitude.” What is more, the immense psychological scarring fated to young victims is caused because “a large section of the sex industry is specialized in child prostitution and pornography.”

Taking matters into one’s hands is almost impossible to achieve without the help of others. However, to include oneself in the movement is to take small steps towards the direction of denormalizing universal trafficking, and hence, the heartaches of many beautiful souls. By educating oneself and others surrounding this issue is important in knocking down barriers of ignorance on this unspoken matter. As “child trafficking is accompanied by abuse and maltreatment, [t]he children involved endure many horrors, and the impact on their lives, even after rescue, is permanent and devastating.” This should be deeply considered when acknowledging why taking action is in the essence of urgency.

The government of Manitoba has released a test project plan to give the residential streets in Winnipeg City a better look into the future. The government’s goal is to lower the speed limit from fifty kilometres per hour to forty or even thirty to make the residential areas safe and END_OF_DOCUMENT_TOKEN_TO_BE_REPLACED

This winter has been one of the most interesting winters that Manitoba has ever faced. It started with very high temperatures, which surprised and confused many Manitobans. Then a couple of storms hit the province.  The weather continued to act weirdly warm, which got some of the winter activities companies END_OF_DOCUMENT_TOKEN_TO_BE_REPLACED