Winter isn’t Looking as Bad, but Is it Really going to be Like This 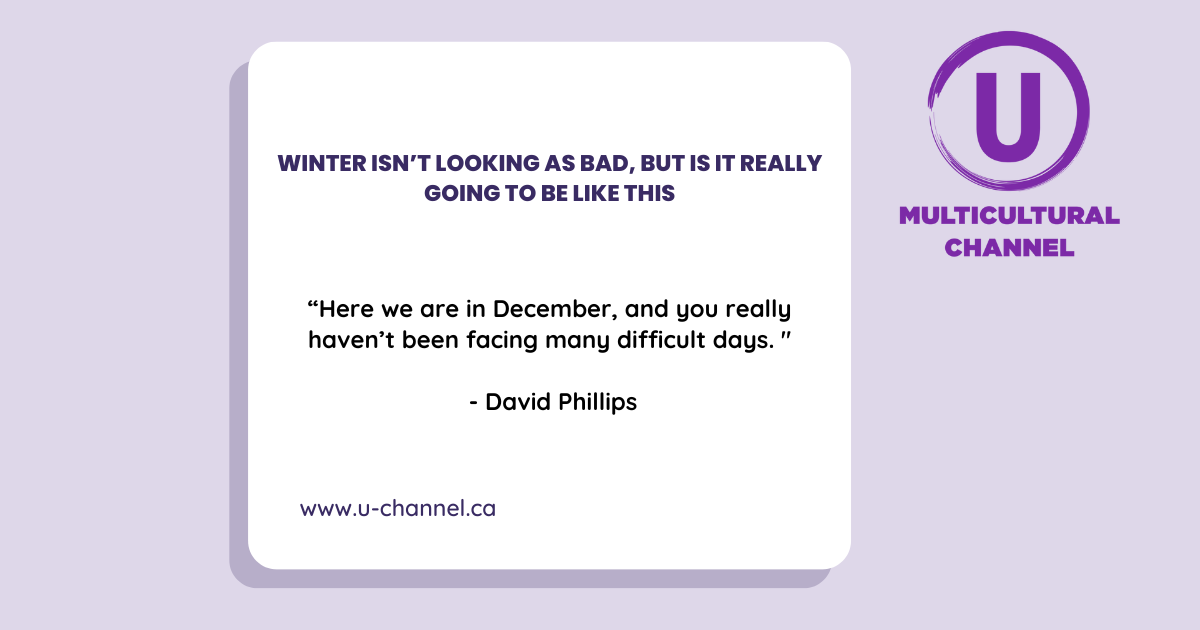 Many experts have made many predictions and opinions about this winter, and many, if not all, agreed that this winter will be one of the harshest winters in Canada. Although these were the predictions, many people say that winter has been alright. It’s rather very acceptable and okay, and that’s because temperatures haven’t dropped as much, and the country didn’t get as much snowfall as expected. However, climatologists are still searching whether it will be a ‘nice’ winter.

North of the United States is getting many storms this winter and heavy snowfalls. This weekend, North Dakota, quite close to Manitoba, will be in the middle of a snowstorm. Moreover, climatologists have expected that Manitoba will have a taste of this storm this weekend. The weather forecasting also showed that temperatures in Manitoba would drop back to two digits, which means that this weekend will be quite cold.

“Here we are in December, and you really haven’t been facing many difficult days. The number of fingers on one hand will tell you how many cold days you’ve had so far — and we know that some of those days can come in October,” he said. You’ve had five days when the temperature has been below -20 C. You take places like Saskatoon or Edmonton — they’ve had 15 of those.” said David Phillips, Environment Canada’s senior climatologist.

Moreover, some believe the nice winter we live in will not last very long as winter’s actual start day is December 21st, 2022. So, all of this can be considered an introduction to Manitoba’s winter, which is expected to be quite impressive this year according to the Farmers’ Almanac “Areas south of the storm track (much of the Southeast) will see frequent storms bringing cold rains and a wintry mix of wet snow, sleet, ice, freezing rain—and chilly temperatures. The I-95 corridor can be included in this winter mix zone, with places to the north of the track seeing the precipitation fall more as snow and, at times.”

The government of Manitoba has released a test project plan to give the residential streets in Winnipeg City a better look into the future. The government’s goal is to lower the speed limit from fifty kilometres per hour to forty or even thirty to make the residential areas safe and END_OF_DOCUMENT_TOKEN_TO_BE_REPLACED

This winter has been one of the most interesting winters that Manitoba has ever faced. It started with very high temperatures, which surprised and confused many Manitobans. Then a couple of storms hit the province.  The weather continued to act weirdly warm, which got some of the winter activities companies END_OF_DOCUMENT_TOKEN_TO_BE_REPLACED