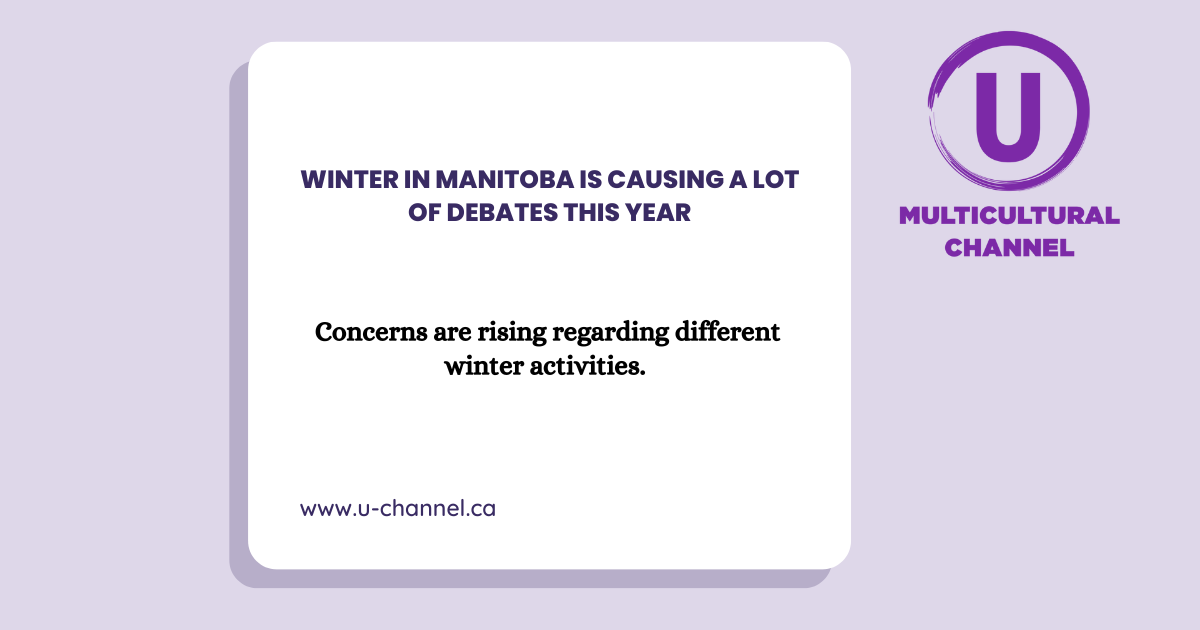 Winter started very easy and quite nice on Manitobans, the temperatures were fine, and there weren’t many snow storms or heavy snowfalls.

Although the weather got worse in December and many storms were happening in the neighbouring provinces, Manitoba was getting only very low temperatures. From the start of January, the temperatures have been rising to a point where Manitobans are suspicious about how beautiful the weather has become. People had mixed feelings about this weather. Some were happy since it’s not common to get this kind of weather in January, but some were very worried since this beautiful weather was caused by global warming and climate change.

“I mean, it’s quite surprising to get this kind of beautiful weather in January, our international students were expecting a way colder and harsher weather, but they’re getting quite the beautiful weather…the students were worried that behind this dazzling weather, there is a very big problem called climate change.” said a Manitoban teacher.

This warm weather has been causing many concerns regarding the yearly winter activities that Manitoba offers. Lifesaving Society Manitoba has mentioned that the fluctuating weather of this year’s winter is melting some bodies of water, so Manitobans should be careful when performing winter activities. “The Red (River), because it’s a fast-flowing river, relatively deep … you can end up with open water even with really, really cold conditions — and our temperatures have been so mild. Ice has formed everywhere in the province, but it’s still going to be unpredictable in places because we’ve had these weird — for us — ice formation conditions and cold conditions over the last month and a half,” mentioned Christopher Love from Lifesaving Society Manitoba.

Manitobans should pay extra attention to this matter. Caution should be taken when performing the different winter activities enjoyed every winter.

The government of Manitoba has released a test project plan to give the residential streets in Winnipeg City a better look into the future. The government’s goal is to lower the speed limit from fifty kilometres per hour to forty or even thirty to make the residential areas safe and END_OF_DOCUMENT_TOKEN_TO_BE_REPLACED

This winter has been one of the most interesting winters that Manitoba has ever faced. It started with very high temperatures, which surprised and confused many Manitobans. Then a couple of storms hit the province.  The weather continued to act weirdly warm, which got some of the winter activities companies END_OF_DOCUMENT_TOKEN_TO_BE_REPLACED