We Stand Together: Ray (Coco) Stevenson 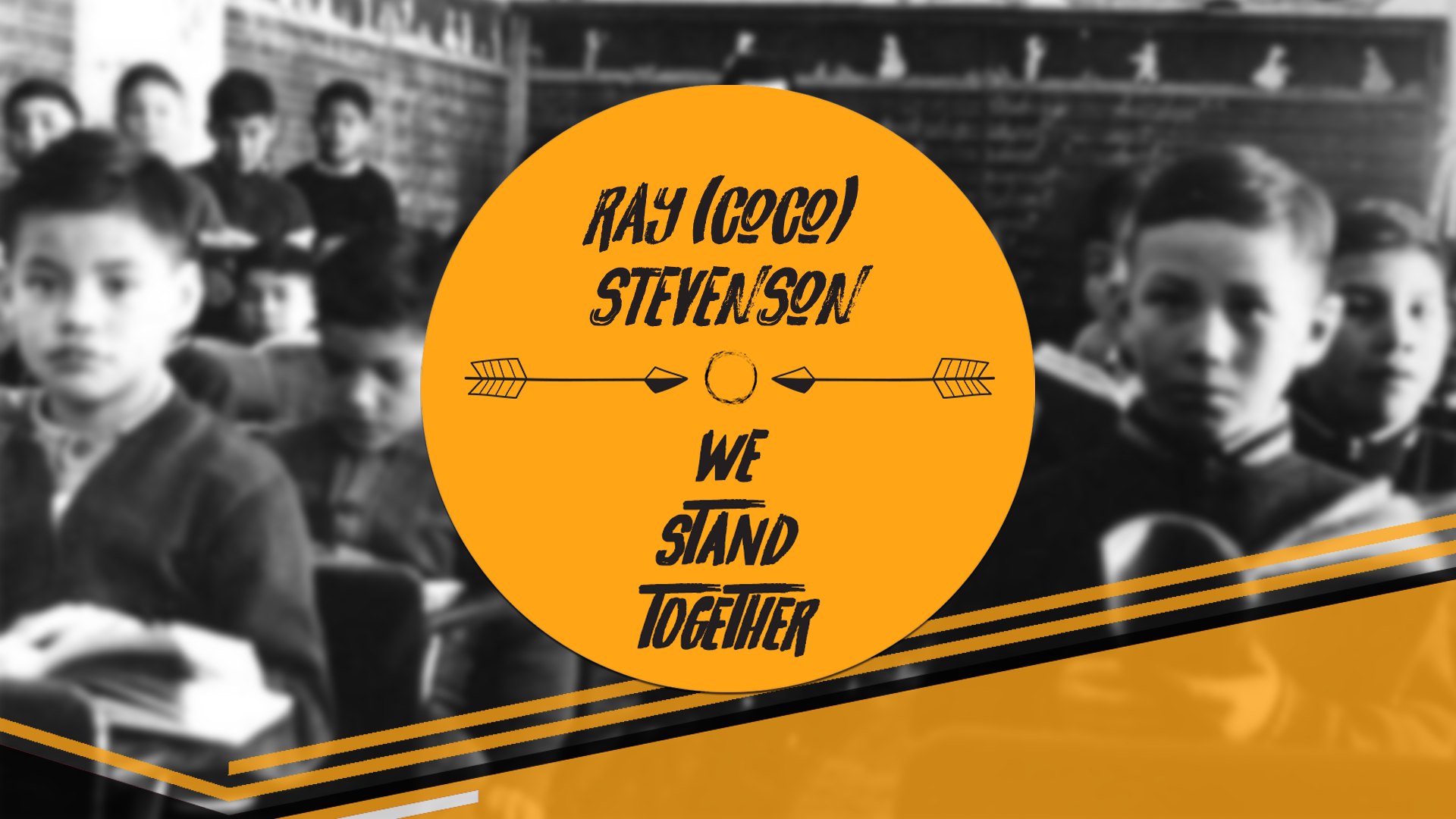 According to the Truth and Reconciliation Commission of Canada,

“Residential Schools for Indigenous people in Canada date back to the 1870s. Over 130 residential schools were located across the country, and the last school closed in 1996. These government-funded, church-run schools were set up to eliminate parental involvement in Indigenous children’s intellectual, cultural, and spiritual development.

More than 150,000 First Nations, Métis, and Inuit children were placed in these schools during this era, often against their parents’ wishes. Many were forbidden to speak their language and practice their own culture. While there are an estimated 80,000 former students living today, the ongoing impact of residential schools has been felt throughout generations and has contributed to social problems that continue to exist.”

These are the voices of our First Nations pained by the loss, frustrated by systemic racism and oppression, and the stories of survivors.

Ray “Coco” Stevenson is a well-known traditional singer and drummer from Manitoba and has seen the devastating effects Residential Schools had on survivors living in Winnipeg.

“I can only speak for Winnipeg and not the rest of Canada, but we did have a lot of people who ended up losing everything because of that. People with families who couldn’t look after their children because some were too involved in drowning their sorrows from some of the things they had to endure. What they went through in Residential Schools is something you can never forget as it is planted in your mind. I’m almost positive when you talk to Residential School survivors; nearly every day, one or more thoughts go through their heads haunt them.”

The government of Manitoba has released a test project plan to give the residential streets in Winnipeg City a better look into the future. The government’s goal is to lower the speed limit from fifty kilometres per hour to forty or even thirty to make the residential areas safe and END_OF_DOCUMENT_TOKEN_TO_BE_REPLACED

This winter has been one of the most interesting winters that Manitoba has ever faced. It started with very high temperatures, which surprised and confused many Manitobans. Then a couple of storms hit the province.  The weather continued to act weirdly warm, which got some of the winter activities companies END_OF_DOCUMENT_TOKEN_TO_BE_REPLACED