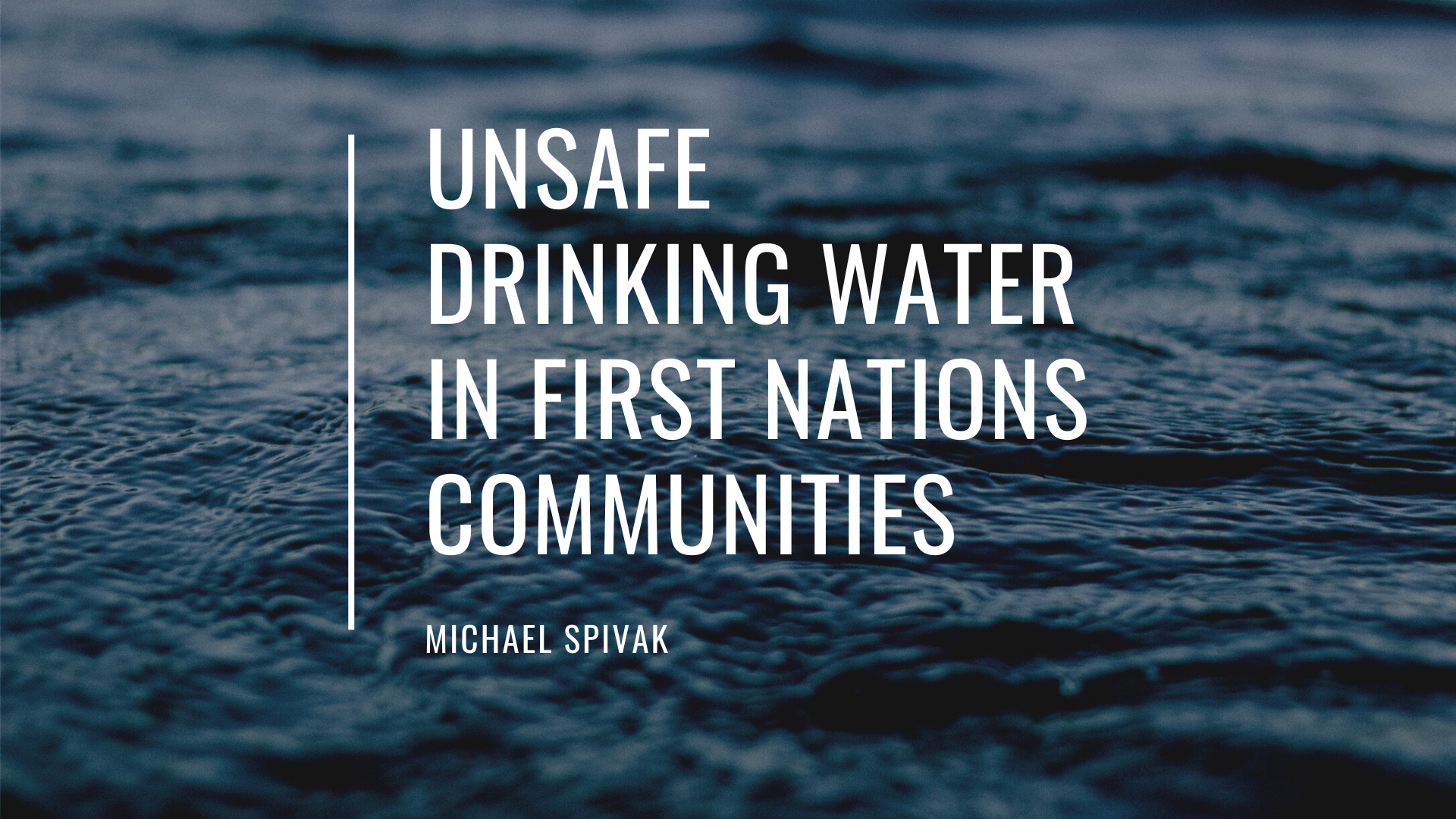 Unsafe drinking water is determined by a few factors, the type of contaminant, bacteria, virus, toxic waste or metals polluting the water, distance from treatment facilities and the kind of equipment used in them. In most cases, treatment facilities themselves are the problem and not the water. They run on outdated and broken equipment, which cannot properly turn nearby fresh water into clean drinking water. In the case of the Kitigan Zibi, their water is contaminated with uranium which could be the result of uranium mining. However, in an article put out by the Canadian Medical Association Journal, or CMAJ, often local governments do not report on the cause of unsafe drinking water.

According to the Government of Canada, there are currently 51 long-term drinking water advisories on First Nation reserves. There were 126 six years ago in 2015. The problem is, for each water advisory lifted, more are added.

In 2020 the federal government lifted 11 but added 13. So far this year, 11 advisories were lifted and five were added. The Council of Canadians reports that “73 per cent of First Nations’ water systems are at high or medium risk of contamination.” Thus, it’s no surprise that during the same time the federal government has lifted 109 water advisories, another 58 had been added. Most of the advisories are in Ontario with 43, followed by Saskatchewan with six and Manitoba with two. Shamattawa, one of the two First Nation communities in Manitoba without clean drinking water, is expected to lift its water advisory in September of next year. The other community, Tataskweyak Cree Nation, currently has no expected date to lift its water advisory.

The problem with ensuring safe drinking water in First Nation communities falls upon some challenges. First, thorough testing must be done on the water supply. Second, there needs to be adequate funding for water infrastructure. Third, permanent repairs on existing facilities and fourth, the building of new treatment facilities which can take up to three to four years.

Last December, the government had invested an additional $1.5 billion to speed up the work being done in First Nations communities. The current total investment is $4.27 billion.

Unsafe drinking water negatively impacts First Nations communities in many ways. Communities under such restrictions face everyday struggles such as bathing, with some individuals using bottled water to bathe themselves, drinking and/or preparing food; some even report having skin problems as a result of using contaminated water. According to the Human Rights Watch, some people spend up to two hours every other day trying to procure clean drinking water for everyday needs. Then there is also the economic struggle some face. Delivering bottled water to remote communities raises the cost of water, making it difficult for lower-income families to afford it. This could result in families ignoring the water advisory and using the contaminated water, which raises the risk of illness and other unwanted consequences.

The federal government was unable to meet its promise of resolving all water advisories by 2021. The hope is to lift all orders and complete the work in the next few years. However, due to the pandemic, it is unclear how long that will take.

The government of Manitoba has released a test project plan to give the residential streets in Winnipeg City a better look into the future. The government’s goal is to lower the speed limit from fifty kilometres per hour to forty or even thirty to make the residential areas safe and END_OF_DOCUMENT_TOKEN_TO_BE_REPLACED

This winter has been one of the most interesting winters that Manitoba has ever faced. It started with very high temperatures, which surprised and confused many Manitobans. Then a couple of storms hit the province.  The weather continued to act weirdly warm, which got some of the winter activities companies END_OF_DOCUMENT_TOKEN_TO_BE_REPLACED