Understanding Human Trafficking in Canada – And combating it from the core 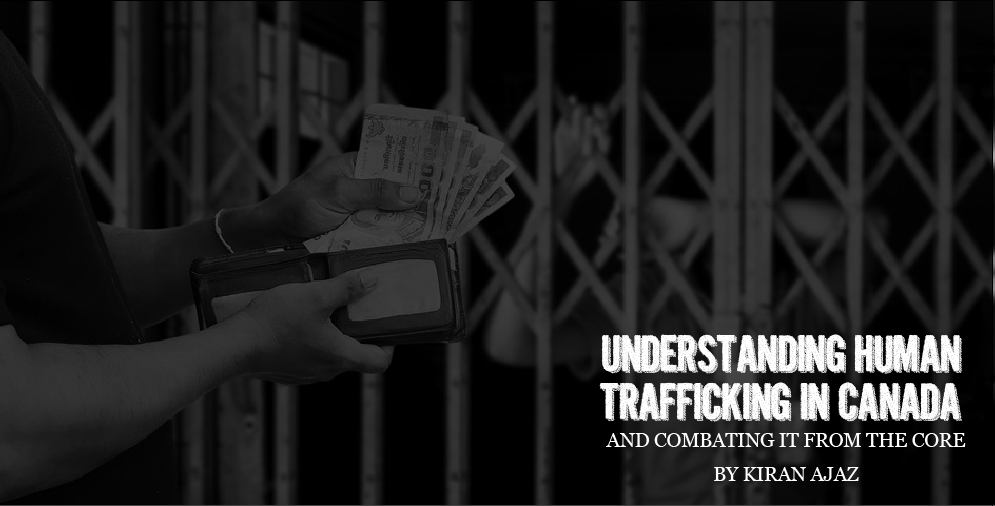 Due to the hidden nature of this crime, most human trafficking activities remain undetected or unreported. Human trafficking is a serious violation of human rights and it must be addressed on a global scale.

Human trafficking often takes place in the large urban areas of Canada, and it doesn’t leave anyone. Men, women, and children – they all are vulnerable, though women represent most victims reported to date. It’s been also reported that smaller towns and communities has become the center for sexual exploitations.

Who are at risk? Those who are vulnerable – socially or economically. A perfect example would be of the young women who are hired by male members of street gangs and promise these poor souls a life of harmony and affection. Those who have aged out of the system i.e. 18 are the most vulnerable.

There, I said it. Every year, millions of people are trafficked worldwide – including children. Human trafficking has become a multi-billion dollar industry that enslaves about 25 million people each year.

In an undercover sex crime investigation across the border, detectives and police officials put up ads on websites and apps commonly used for illegal sexual arrangements with children. Men ranging from age 21 – 69 were arrested during this operation. They were accused of arranging meetings with children for sexual exploitation. It is part of the whole process where different methods are used for human trafficking. Some of the processes are very well-organized and hard to detect.

Prevention is without any doubt, the number goal.

If you are wondering by now why do victims not come forward? That’s where you start blaming the victims. They were vulnerable when they became victims of human trafficking. But now they are afraid, afraid to lose their own lives. They might not even know that they are the victims of human trafficking and may on occasion be told not to trust outsiders with their stories.

Isn’t this human nature? Being afraid of something you don’t know will turn out positive for you or not. Some of these people fear for their families as well. They are afraid they will be detained because they are completely unaware of their rights in Canada. These victims do not speak up because they feel threatened by the traffickers.

When you look deeper, you will find out in the Threat Assessment reports indicating that labor exploitation has been the center of the treatment of migrant workers. These reports show that third parties used the Temporary Foreign Worker Program to lure these people and threatened to harm their families if they will go to the government.

“We were treated like dogs on a short leash… To this day I don’t go out after dark because of all the threats. I have also received threats against my mother in Hungary.” — Victim Impact Statement (Hamilton forced labor case)

Another important factor to mitigate human trafficking is to implement a national-level action plan, and the above threat assessment was the first significant overview identifying trends in Canada. It gave strategic guidance for enforcement efforts on a national level. It enabled the government to strengthen its policies and programs to better prevent and combat trafficking. This action plan is used to address the needs of victims, and target traffickers. The Royal Canadian Mounted Police conducts these threat assessments on an ongoing basis.

Some of the key highlights of this action plan are already in place. It includes training of frontline service providers in assisting communities and spreading awareness on human trafficking. This enables them to identify people and places that are at risk. They develop and share human trafficking awareness materials at Canadian embassies and high commissions abroad. Most of all, this plan helps in strengthening Child Protection Systems within Canada.

“You may choose to look the other way but you can never again say you did not know.” —William Wilberforce

If you’re being trafficked or know someone who may be a victim, call Canada’s national human trafficking hotline at 1-833-900-1010.

Thanks for reading through to the end. To know more, find out how U Multicultural is contributing against human trafficking.

The government of Manitoba has released a test project plan to give the residential streets in Winnipeg City a better look into the future. The government’s goal is to lower the speed limit from fifty kilometres per hour to forty or even thirty to make the residential areas safe and END_OF_DOCUMENT_TOKEN_TO_BE_REPLACED

This winter has been one of the most interesting winters that Manitoba has ever faced. It started with very high temperatures, which surprised and confused many Manitobans. Then a couple of storms hit the province.  The weather continued to act weirdly warm, which got some of the winter activities companies END_OF_DOCUMENT_TOKEN_TO_BE_REPLACED