Ukrainian Immigrant creates network to get supplies to Ukraine 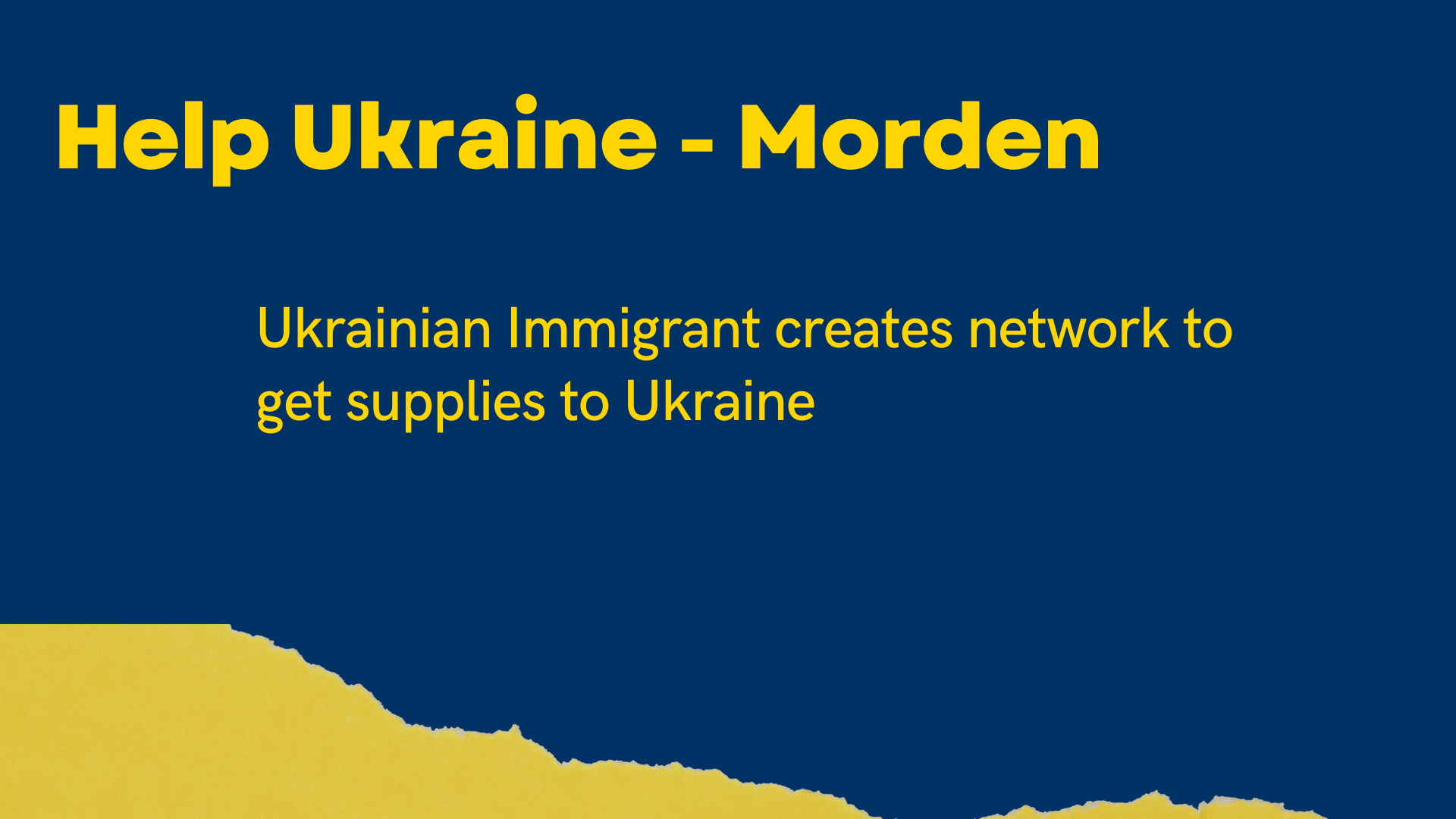 Many Ukrainian-Canadians are doing what they can to support the brave Ukrainians fighting to preserve their way of life. Yevgeniya Tatarenko and many community members have created Help Ukraine: Morden, an organization collecting resources and supplies and shipping them to Ukraine.

With how helpless the situation feels in Ukraine, Tatarenko was determined to do something—converting her Ukrainian club and school into a drop-off location for humanitarian items, protective gear, and other supplies her country desperately needs. “For many of my volunteers here and me, this is the only active way to support since the war started.”

Even before the invasion took place, Tatarenko participated in rallies, bringing people together locally and in Winnipeg. Through organizing events and being interviewed, the world was paying attention to what was happening in Ukraine. However, not many people expected an invasion from Russia would occur so soon. On February 24, 2022, Tatarenko was at newcomers gathering in Morden when Russia attacked Ukraine.

“Those newcomers from Ukraine arrived in Canada only a month or a one and a half months [before the invasion.] We were all together. As we were chatting, we weren’t checking the news. When we returned home, all of us discovered the war had started. I haven’t slept a lot. Not more than three or four hours a day.”

The unimaginable amounts of information coming out those first weeks and the countless decisions and thoughts she had spun in Tatarenko’s mind, overwhelmed by fear for her country and mother who lives alone.

“What should be done? What can I do?”

Unable to safely navigate her mother from her home, Tatarenko turned her attention to providing aid to her country, trusting in the determination of Ukrainian soldiers that her mother would remain safe. Inspired by these soldiers, many now serving within the same generation as Tatarenko, she started thinking of what was best needed on the ground, knowing that every item they send will save lives.

Teaming up with Deasil Custom Sewing, Tatarenko and volunteers began creating Ukrainian flags, trading them for donations locally first, but expanding to include all of Canada. Each flag sold means one tourniquet, and each tourniquet means one life saved. The development of these flags and the shipping of emergency medical supplies became a top-notch logistics system. Sending the supplies to Poland and then later across the border into Ukraine. The process of only four to five days, says Tatarenko. However, tourniquets were just the beginning.

During this process, first responders overseas began to be inspired by the medical supplies and would say, “We’re first responders and want to help the first responders in Ukraine.” Tatarenko would later receive a request from Ukrainian firefighters that same night about their desperate need for supplies and equipment. This got Tatarenko thinking further, reaching out to local fire departments to see if they had supplies they could donate. “What if I asked the Winkler Fire Department, just in case? What if they had something used they didn’t need anymore?”

Luckily enough, the department did have items on hand and sent letters to other departments under the Association of Manitoba Fire Chiefs if they had used items that could be donated.

There is another hero in this story. A friend of Tatarenko moved to the west coast of B.C some years ago, pursuing a dream to become a firefighter. As luck would have it, she heard about the work Taterenko was doing, reaching out to even more departments to see what they could donate.

Tatarenko and many other devoted volunteers continue to create flags and collect donations for Ukraine and are always looking for more help to continue saving lives.

The government of Manitoba has released a test project plan to give the residential streets in Winnipeg City a better look into the future. The government’s goal is to lower the speed limit from fifty kilometres per hour to forty or even thirty to make the residential areas safe and END_OF_DOCUMENT_TOKEN_TO_BE_REPLACED

This winter has been one of the most interesting winters that Manitoba has ever faced. It started with very high temperatures, which surprised and confused many Manitobans. Then a couple of storms hit the province.  The weather continued to act weirdly warm, which got some of the winter activities companies END_OF_DOCUMENT_TOKEN_TO_BE_REPLACED