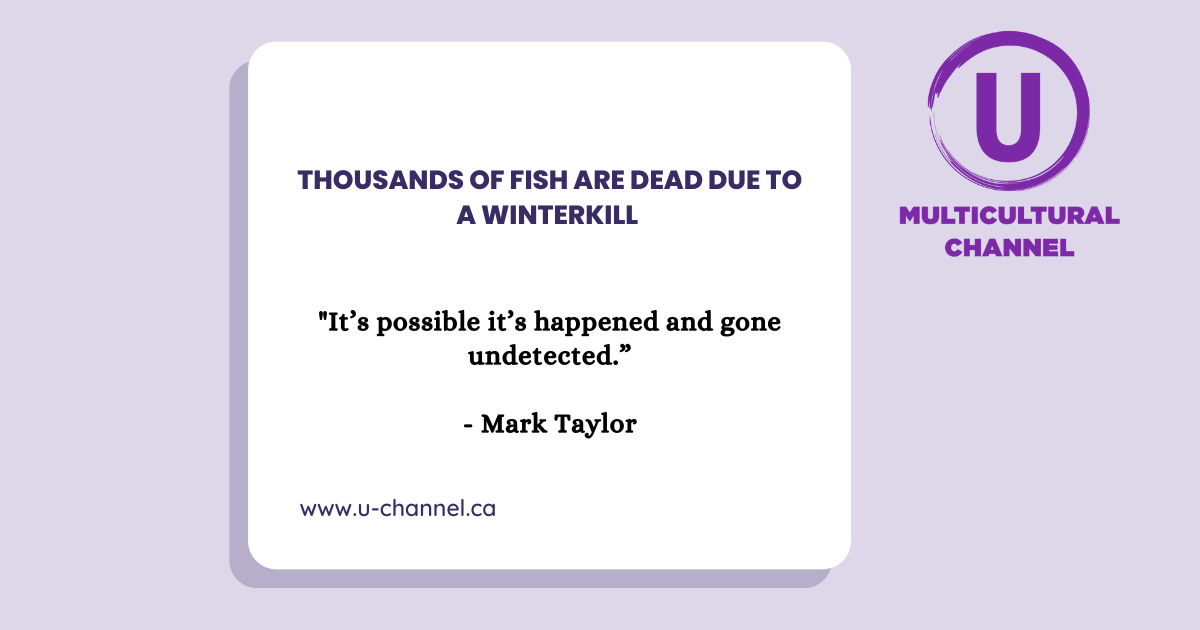 Winterkill is a phenomenon when fish suffocate because plants and algae in the water aren’t producing oxygen because of the thick layer of ice.

Citizens noticed a vast number of dead fish that could be seen from the shore, and they contacted Parks Canada officials about the problem. As confirmed by aquatic ecologist team lead in Banff National Park, Mark Taylor, this phenomenon known as “winterkill” happens all the time. Still, it’s surprising when the public can notice it.

“It’s thousands, if not tens of thousands, of dead fish. Most of them are under the ice, and you can’t see them. There will be a temporary decline in the abundance of fish, but the species we found there are quite common in the region. And there will be parts of the lakes where there are survivors. It’s a natural process.” said aquatic ecologist Mark Taylor. “We just want the public to be aware that we understand what happened. We have records of it happening in 1959 and 1964, and I feel comfortable saying that it’s also happened since then. It’s possible it’s happened and gone undetected.”

Since this is a natural process and familiar to the ecologists taking care of the lake, citizens should not be worried about the lake’s health. However, ecologists will be monitoring the lake closely because the fish that faced death due to the “winterkill” are native species to the lake. With populations of non-native species, there is a concern over the lake’s health if predators that feed on those fish a greatly affected.

The government of Manitoba has released a test project plan to give the residential streets in Winnipeg City a better look into the future. The government’s goal is to lower the speed limit from fifty kilometres per hour to forty or even thirty to make the residential areas safe and END_OF_DOCUMENT_TOKEN_TO_BE_REPLACED

This winter has been one of the most interesting winters that Manitoba has ever faced. It started with very high temperatures, which surprised and confused many Manitobans. Then a couple of storms hit the province.  The weather continued to act weirdly warm, which got some of the winter activities companies END_OF_DOCUMENT_TOKEN_TO_BE_REPLACED