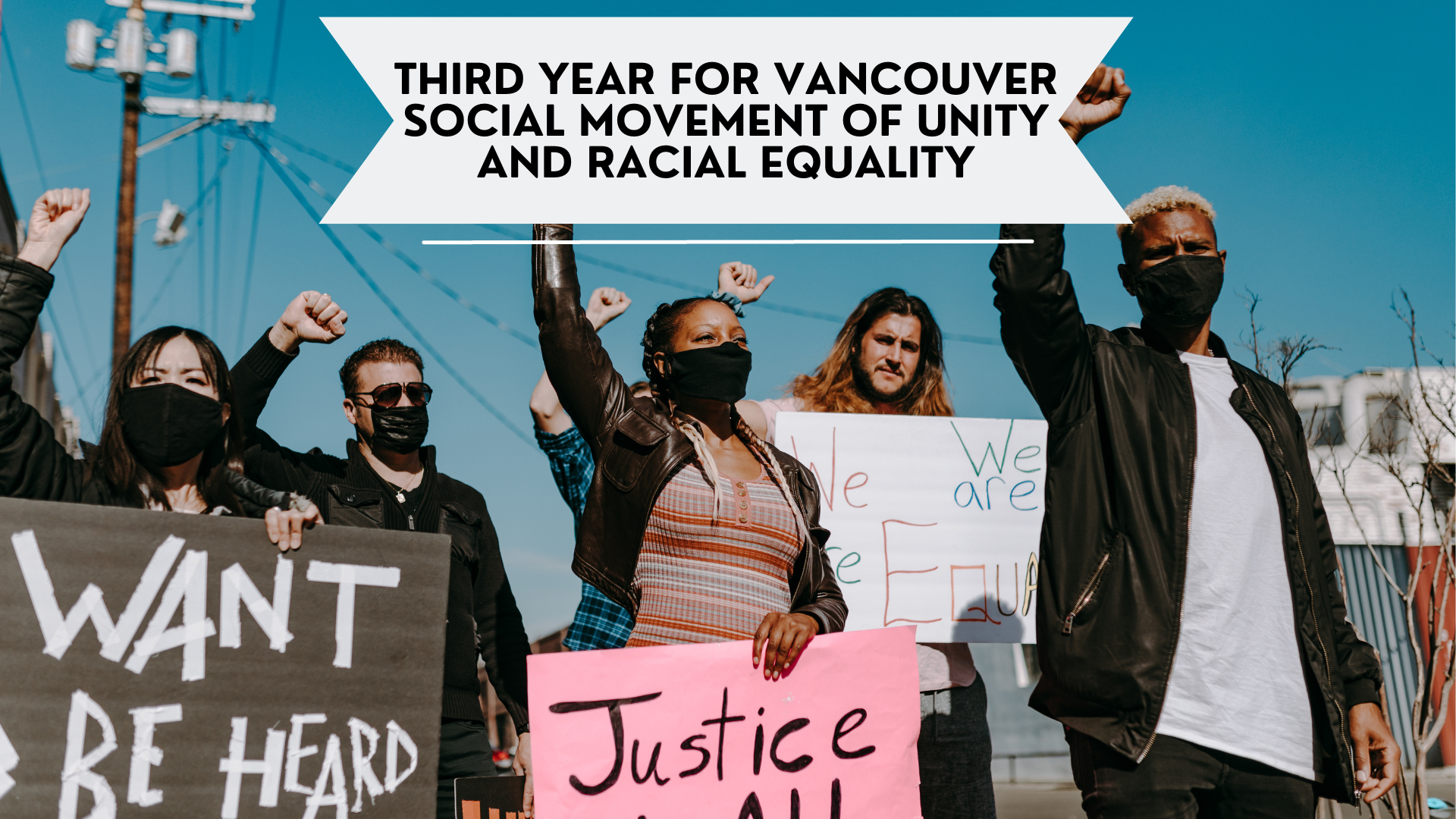 Black Shirt Day was started by the Anti-Racism Coalition (ARC) Vancouver on January 15, 2021, to celebrate Dr. Martin Luther King Jr. and to commemorate the civil rights struggles fought by Black, Indigenous, and Peoples of Colour (BIPOC) here in Canada. This year’s event was from Friday, January 13 to 15.

“Black History Month is very short, the shortest day of the year, 28 days. We thought we needed to have a kick-start to this, so how are we going to do this? We’re going to honour the closest major person. We were thinking of doing Mandela, but that’s in July. All of a sudden, here we go; Dr. Martin Luther King Jr.’s birthday is on those days.”

Students, educators, and the public would wear their black shirts on Friday to symbolize unity. “We want to unite all people of all colours to fight racism,” says September. The movement has grown tremendously, receiving support from hundreds of thousands in Canada and worldwide.

However, the movement has experienced some growing pains.

Concerns have been raised over the movement’s name, with some Jewish community members and the Centre for Israel and Jewish Affairs, Pacific Region, saying the name could be triggering to Holocaust survivors. The matter was due to the name’s alikeness to the BlackShirts, a term regarding a paramilitary wing of the National Fascist Party and all-volunteer militia in Italy under Benito Mussolini.

The Ninandotoo Society created a secondary movement called Black Excellence Day in response to these concerns conferring the Centre for Israel and Jewish Affairs, Vancouver Holocaust Education Centre, the B.C. Human Rights Commission, and community members. January 15. has since been proclaimed Black Excellence Day by the province.

According to Aaron Lakoff with the Independent Jewish Voices of Canada, when ARC approached Vancouver to endorse the second year of Black Shirt Day, Independent Jewish Voices of Canada “wholeheartedly” agreed. The organization focuses on peace and justice in Israel and Palestine, with Lakoff stating that focus is linked to engagement in anti-racist movements in Canada. Lakoff knows how the term “black shirt” could be offensive and triggering for Jewish community members. He says ARC Vancouver’s goals align with their mandate of peace and unity, hoping to move beyond words and labels while engaging with the substance of the movement.

“We should be there as Jews to support anti-racist movements and struggles in an uncompromising way.”

Many school divisions in the area have participated in Black Shirt and Black Excellence Day, encouraging racial inclusivity and recognizing inequality. Additionally, Black Shirt Day encourages anti-racism initiatives in schools and advocates for further Black history education in curriculums. These efforts aim to equip individuals with the tools and knowledge they need to address racism, discrimination, prejudice, and social injustices.

“We need to be more aware of what’s going on. We need to share information, more proactive in the way we learn and teach. We need to move forward in coalition-based work. Everybody has a role,” says September.

United movements have power and can enact change. September explains it took united efforts to stop South Africa’s apartheid state and the gunning down of children. In Canada, September says more awareness needs to be raised on the mobilization against the Wet’suwet’en people who are fighting to protect their land and water after the British Columbia Supreme Court issued an injunction to allow construction of the Coastal GasLink pipeline, giving the company unlimited access to unceded Wet’suwet’en lands.

Outside of Black Shirt Day, ARC Vancouver takes part in public events and Demonstrations to educate on the “Legacies of Apartheid,” covering “The Doctrine of Discovery,” British Colonialism,” “British Imperialism,” “Apartheid South Africa,” and “Apartheid Israel.”

The government of Manitoba has released a test project plan to give the residential streets in Winnipeg City a better look into the future. The government’s goal is to lower the speed limit from fifty kilometres per hour to forty or even thirty to make the residential areas safe and END_OF_DOCUMENT_TOKEN_TO_BE_REPLACED

This winter has been one of the most interesting winters that Manitoba has ever faced. It started with very high temperatures, which surprised and confused many Manitobans. Then a couple of storms hit the province.  The weather continued to act weirdly warm, which got some of the winter activities companies END_OF_DOCUMENT_TOKEN_TO_BE_REPLACED