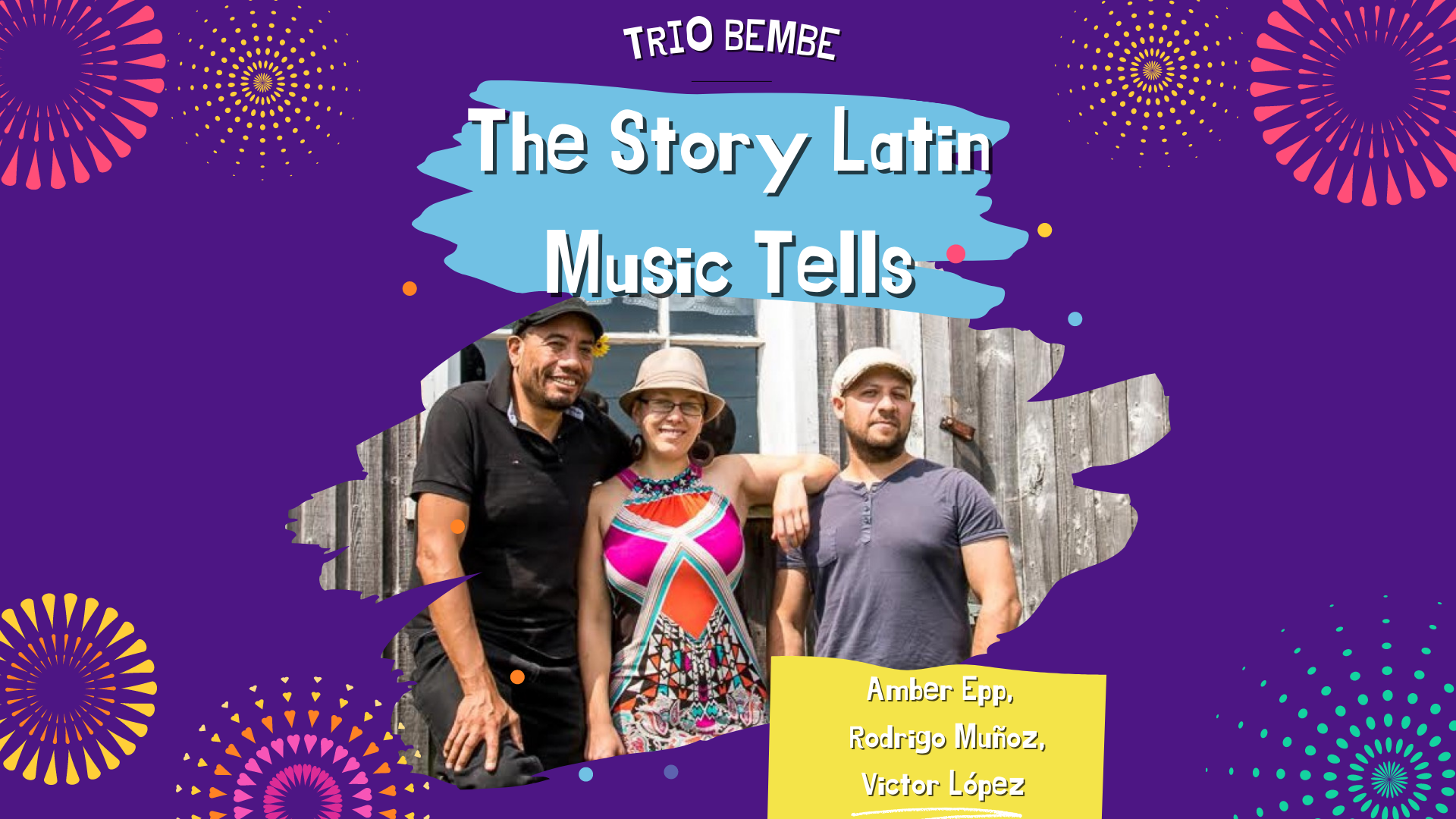 Listening to music can be a transcendent experience. Feeling the flow of the melody, the swells of a crescendo, a full orchestra, or a solo instrumental music tells a story.

Latin music can personify that living musical essence, and the band Trio Bembe came together to highlight Latin music from around the globe. Members Amber Epp, Rodrigo Muñoz, Victor López home in the Canadian prairies as Cuba, Peru, Chile. The group aims to have a song from each country that speaks Spanish. Although close friends and knew each other prior, the leader of Trio Bembe Amber Epp says it was a chance to play together through other bands that the trio found they had something special.

“We’ve known each other for many years. Rodrigo also runs a band called Papa Mambo, a ten-piece salsa band, and we met through joining Rodirigo in playing in that band. I met Rodrigo and Victor studying music at university, and Rodrigo and Victor have known each other much longer. I grew up in Steinbach, Manitoba, not knowing much about Latin music or Latin people. When I started studying music at the University of Manitoba, I met these guys, and I [realized] I liked this [music]. I started following them around, sitting in, and learning about this music.”

Over a decade later, the group has achieved remarkable heights, 2011 Western Canadian Music Awards “World Recording of the Year” Winner 2011 and Global Music Award Winner 2014. More recently, the group performed with the Winnipeg Jazz Orchestra this past Christmas for Felices Fiestas.

When looking at Latin music, one of its genres that stand out is Salsa, music with upbeat energy, reflecting the love for life and unity many Latin communities share. One of the genres Trio Bembe chose to share with the world.

“Once you start playing and have a really great night, you’re playing well and playing in time, there’s a magical moment when everything is grooving,” says Muñoz. “It’s like a mental massage. It feels really good both mentally and physically.”

He adds in terms of the danceable parts of Latin music, the dances and genre have existed for quite some time, but there haven’t been new partner dances written for over a decade, and aspects that should see more emphasis. “There’s still a desire for that, people who want to do partner dancing.”

The past two years have been difficult for the group, as their love for touring was put on hold. How Salsa and other genres of music are made for dancing gatherings where people can get up out of the sets and get moved by the music has been dearly missed. Luckily the group is incredibly close, and they’ve been able to weather the situation together while still pursuing their separate endeavours.

“We’re basically a family, says Muñoz. “We’re really good friends and have been for a while now, and we love each other. The three of us are independent musicians, and we do our own thing.”

Regardless of what may come their way, the group loves playing music, are happy to be able to live their dreams.

The government of Manitoba has released a test project plan to give the residential streets in Winnipeg City a better look into the future. The government’s goal is to lower the speed limit from fifty kilometres per hour to forty or even thirty to make the residential areas safe and END_OF_DOCUMENT_TOKEN_TO_BE_REPLACED

This winter has been one of the most interesting winters that Manitoba has ever faced. It started with very high temperatures, which surprised and confused many Manitobans. Then a couple of storms hit the province.  The weather continued to act weirdly warm, which got some of the winter activities companies END_OF_DOCUMENT_TOKEN_TO_BE_REPLACED