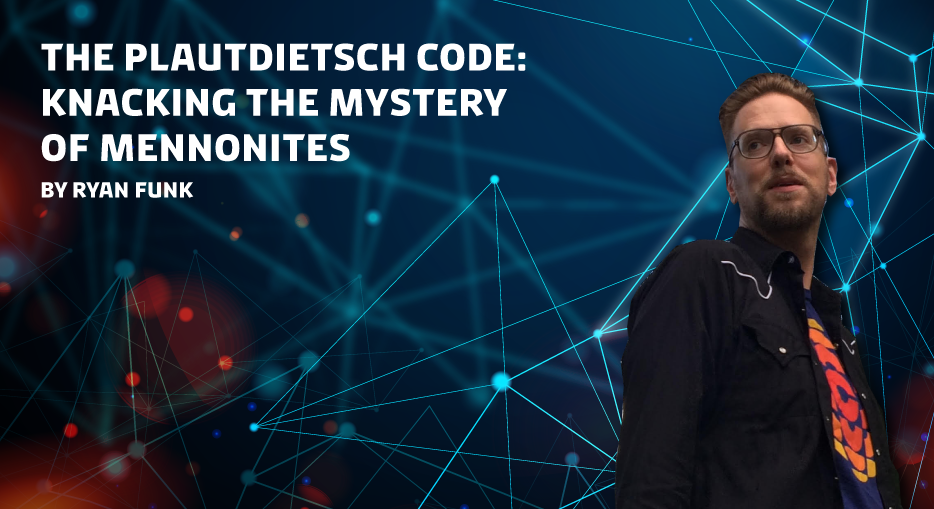 What is a Mennonite?

For Andrew Unger, creator of the Daily Bonnet, that is the perfect question. As a Mennonite himself, Andrew felt breaking down Mennonites’ culture and featuring it through a satirical lens was the ideal way to explore his passions of writing, history and culture.

The question returns, what exactly is a Mennonite? Mennonites are described either as religious denominations with members of different ethnic origins or as both an ethnic group and a religious sect. The group can consist of farmers on the prairies practicing a 19th-century lifestyle, conservative families living in rural cities, individuals that live within modern culture, or converts from cultures the world are becoming Mennonites through mission trips.

“If you just Google images and type in Mennonites, you’re going to get pictures of women in long dresses and men wearing suspenders, or horse and buggy. You get that one sort of impression, but Mennonites are as diverse as the whole population,” says Andrew.

Mennonites have a long and complex history, a tale of migration and tradition.

“One side of my family came to Canada came in the 1870s, so they were immigrants. However, on the other side of the family, my grandfather came when he was five years old in the 1920s, running from the Russian revolution’s aftermath, and he came as a refugee. I have relatives who stayed in the Soviet Union because they couldn’t get out killed for no reason.”

Of those who escaped religious persecution and settled in the Americas, some of the most conservative have contested modernity, resisting civilization’s urbanization through the use of steel-wheel tractors, and more progressive Mennonites have made their way to large cities. However, regardless of the current ideological principal modern Mennonites follow, a core tenant is practicing pacifism.

There is plenty to joke about within Mennonites’ shared similarities, and that’s why Andrew wanted to create the Daily Bonnet.

“There’s a stereotype of Mennonites that we’re stoic, serious, and don’t laugh a lot. I’m sure there are some like that, but I think Mennonites have a sense of humour, at least in certain situations, to use it to deal with what we’ve gone through in our history. Maybe humour was a coping mechanism. If you read the Daily Bonnet, you’ll see I find all kinds of things funny. Everything from food, accents, church things, and quirks. We’re quirky, and we’ve always been outsiders wherever we’ve lived, and those quirks can be fun to poke at.”

Through everything, Andrew feels the one element that stands out most is the Mennonite’s sense of community.

“We have our flaws, and I don’t want to generalize, but some Mennonites might not seem that friendly at first. When you become a part of that community, there’s a real sense of unity and helping each other out.”

Check out the Daily Bonnet!

The government of Manitoba has released a test project plan to give the residential streets in Winnipeg City a better look into the future. The government’s goal is to lower the speed limit from fifty kilometres per hour to forty or even thirty to make the residential areas safe and END_OF_DOCUMENT_TOKEN_TO_BE_REPLACED

This winter has been one of the most interesting winters that Manitoba has ever faced. It started with very high temperatures, which surprised and confused many Manitobans. Then a couple of storms hit the province.  The weather continued to act weirdly warm, which got some of the winter activities companies END_OF_DOCUMENT_TOKEN_TO_BE_REPLACED