The Musical Journey of Kelly Bado 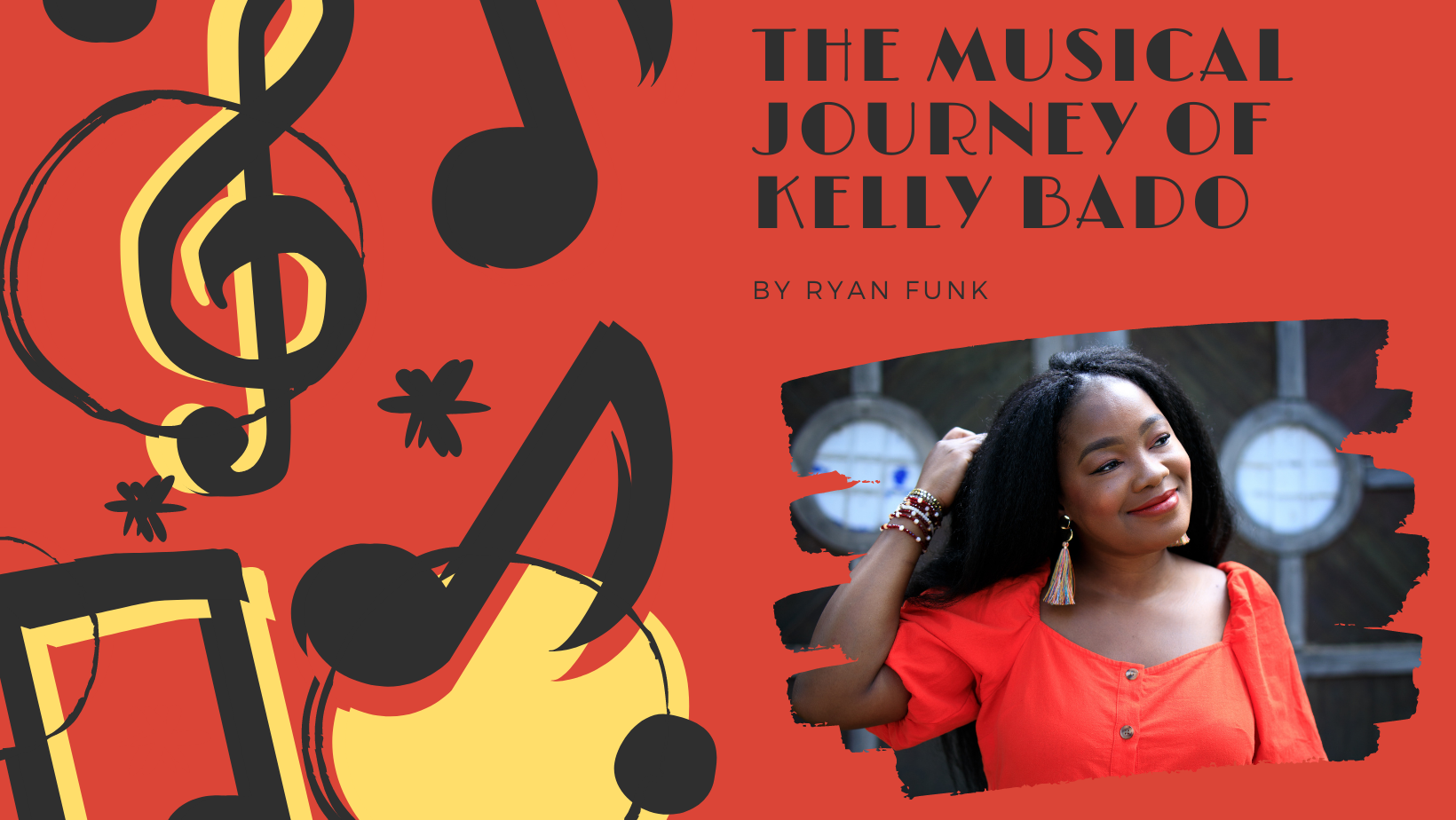 Music has always been a part of is a bilingual singer-songwriter Kelly Bado’s life. She combines various aspects of her life to create a unique personal sound.

Born in West Africa, Kelly first made her way to Canada to study at Université de Saint-Boniface in Winnipeg, Manitoba. However, Kelly had no intention of pursuing a musical career, looking to get into Business Administration.

“I was always a singer, not a solo, but I was in choirs back home, and that’s where I learned to sing. My mom was also in choir, and it must have felt natural to push me in that direction. When I moved here, I kept that passion, following through with my studies and volunteering in choirs.”

Continuing to practice musically, Kelly felt maybe she could take her music further. Kelly would attend coffee shops for small performances. One lucky day a member of Le 100 NONS was in attendance. Although incredibly nervous, Kelly took part in a contest and won, beginning her success trajectory. She was also recognized with a 2020 WCMA Francophone Artist of the Year Award.

Some of her most notable accomplishments include performing in Ottawa, on Parliament Hill, as part of Canada’s 150th Celebrations. Although she finished The Voice Quebec in the quarter-finals, she won the public’s vote.

“It all turned around in a short amount of time. Everything felt so fast. I was new to Canada, and I was getting a sense of the music community, and I thought I wasn’t established yet. However, I also was happy to get to know the music community this way because I got to meet a lot of people.”

Kelly has remained connected to her culture in her success, combining her African heritage, la chanson française, and American gospel and beautiful vocals and uplifting melodies to create her unique sound. These elements are reflected in her latest album, ‘Hey terre.’

Although Kelly’s music shares her culture, music doesn’t always have to be culturally influenced.

“It’s possible to make your music without it if you’d like, and if you’d like to do something completely different, you could. I’m basing my music on my message and what I’m trying to accomplish, so for me, it made sense to keep my culture in it. If I didn’t make music back home and started here, I may have been different and wouldn’t have that influence.”

Another reason Kelly felt it was essential to keep her culture the center of her music was because she thought Africa wasn’t well presented. She was disappointed as there was only a single portrait of Africa in Canada. There wasn’t a positive representation of the hundreds of vibrant cultures, says Kelly, with the portrayal being poverty and malnutrition across the entire continent.

“That’s a reality in every country around the world. I’m sure everywhere you go, and there are things they want to improve, demanding things, broken families. However, there’s also the culture, full of beauty and people. That beauty of culture was not shown for Africa, and I was compelled to change that.”

Find out more about Kelly Bodo, ‘Hey Terre’, and the rest of her demography at https://www.kellybado.com/. If anyone wishes to connect with Kelly, she’s active on her social media or email.

The government of Manitoba has released a test project plan to give the residential streets in Winnipeg City a better look into the future. The government’s goal is to lower the speed limit from fifty kilometres per hour to forty or even thirty to make the residential areas safe and END_OF_DOCUMENT_TOKEN_TO_BE_REPLACED

This winter has been one of the most interesting winters that Manitoba has ever faced. It started with very high temperatures, which surprised and confused many Manitobans. Then a couple of storms hit the province.  The weather continued to act weirdly warm, which got some of the winter activities companies END_OF_DOCUMENT_TOKEN_TO_BE_REPLACED