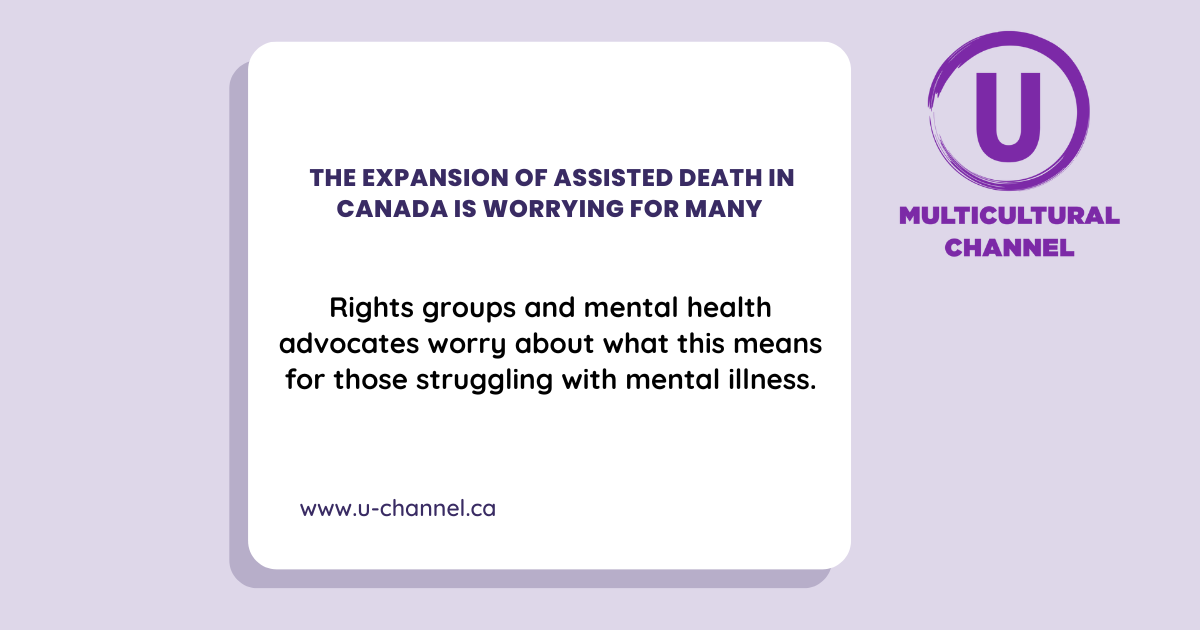 After long years of debates, discussions, and delays, the government of Canada released a new bill called C-7 in 2021. Bill C-7 has legalized assisted death for patients with incurable diseases or patients with irreversible comas. The Bill contained very detailed rules, but this Bill has some things that are worrying many rights groups and mental health advocates.

Looking at the statistics, Canada has many patients with mental illnesses. One in five Canadians experiences a mental illness. “By the time Canadians reach 40 years of age, 1 in 2 have – or have had – a mental illness.” so, in Canada, mental illness is considered a major social problem. “While mental illness, including addictions, has become more top of mind for the media and Canadians in general over the past few years, it’s fair to say that most people still don’t have a true understanding of just how big, arduous, and potentially damaging the crisis is—on both a societal and personal level. The numbers simply don’t lie.” said The Centre for Addiction and Mental Health (CAMH)

The Canadian Medical Association Journal has mentioned that “In a survey of consultant psychiatrists, most reported that they find assessment of decision-making capacity to be a challenging task, and training in capacity evaluations was seen as suboptimal.” Many opinions are discussed regarding this Bill. Some people support the idea, while others are against it. This topic has been around for many years, and no one’s hundred percent sure how the public will react after the addition to the Bill in March 2023.

The government of Manitoba has released a test project plan to give the residential streets in Winnipeg City a better look into the future. The government’s goal is to lower the speed limit from fifty kilometres per hour to forty or even thirty to make the residential areas safe and END_OF_DOCUMENT_TOKEN_TO_BE_REPLACED

This winter has been one of the most interesting winters that Manitoba has ever faced. It started with very high temperatures, which surprised and confused many Manitobans. Then a couple of storms hit the province.  The weather continued to act weirdly warm, which got some of the winter activities companies END_OF_DOCUMENT_TOKEN_TO_BE_REPLACED