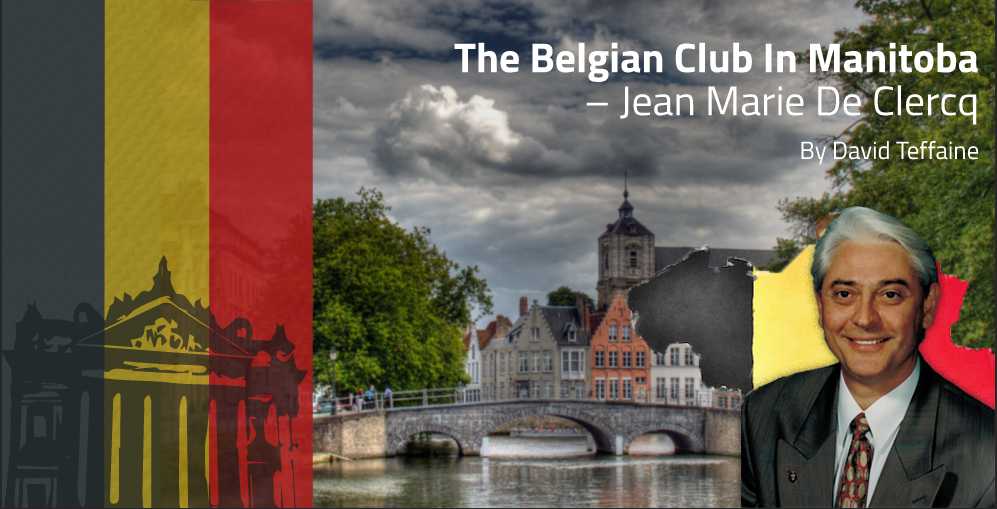 Belgium is a European country divided between French-speaking Wallonia and Dutch-speaking Flanders. It traces its national roots back to the early 1800s and has a rich history of textile production, navigation and lucrative breweries. Belgium hosts the headquarters of both the European Parliament and NATO on its streets which are lined with Renaissance architecture, antique lighting and many joyous people. Its culture includes many dishes made up of leeks, potatoes, asparagus and shrimp, and the national anthem is titled “La Brabançonne”. 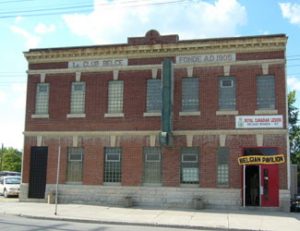 Many Belgians live in Canada. In Winnipeg, their vibrant community is concentrated in St. Boniface, as they have chosen to settle here due to the comfort of language affiliation. As St. Boniface is predominantly French, the Belgian population is easily integrated into the community. A notable Canadian Citizen of the Belgian community in Manitoba is Jean-Marie De Clercq, who immigrated to Canada in 1968 at the age of 21. 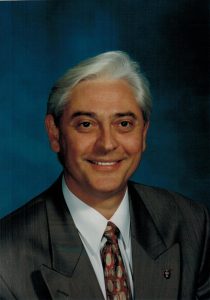 Jean-Marie is the Consulate of Belgium for Manitoba and Saskatchewan. Upon his arrival in Canada, he immersed himself into the community in St. Boniface. He spent most of his time at the Belgian Club on Provencher street and engaged in his career as a Physical Education teacher. Founded in 1905, the Club became a social networking hub amongst the Belgian-Canadian community in Winnipeg.

“The club was always a social place, people would come and have dances here, engagements here, even get married here!” – Jean-Marie remarked.

Further, along with his career, Jean-Marie would continuously seek to improve his community. He joined the multicultural committee of Manitoba in the 1980s and was a Co-Founder of Folklorama in 1985. He was President of the Belgian Club from 1981 until 1991, and after he concluded his time as a teacher, he became a Consul.

Jean-Marie went on to say, “[As a Consul], I mostly concentrated on Manitoba. It used to entail much more than what it is now due to the Privacy Acts. Until today, I still set up appointments with different ambassadors for the Consuls. We look into different aspects of the business – making connections for business owners and consumers both in Canada and in Belgium.”

As one of the prominent cultures that influence Canadian culture as a whole, it is important to appreciate the initiation of this culture’s embedment, and Jean-Marie is one of many that plays a role in this. As one who identifies as Belgian-Canadian, there is a large emphasis on immersing one’s earlier traditions with the customs of the new country in order to comfortably adapt. Valuing the Belgian culture among other influential cultures is what makes up the progressive entwinement of multi-cultures in Canada.

Inflation has been hitting Canada hard since the beginning of the year 2022. As the year progressed, inflation kept increasing and wasn’t getting any better. Many Canadians have difficulty feeding their families because their wages aren’t enough. Food prices and fuel prices, two of the critical things in a citizen’s END_OF_DOCUMENT_TOKEN_TO_BE_REPLACED

This year many jobs have been introduced to the citizens of Canada, many of them got full-time jobs, and the economists were expecting the economy of Canada to keep improving. However, a new survey done by Research Co. showed that two out of three Canadians are unhappy with Canada’s current END_OF_DOCUMENT_TOKEN_TO_BE_REPLACED