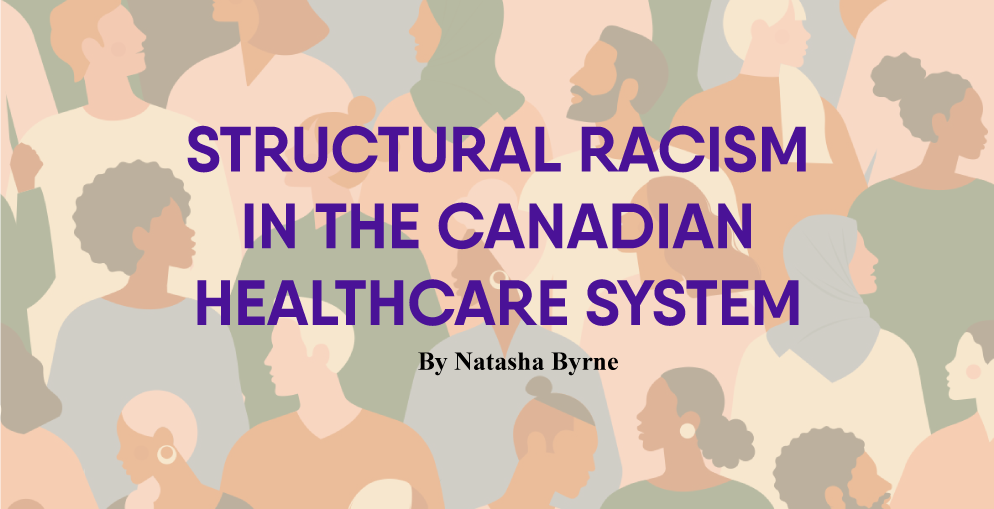 Canada is known to have accessible, universal healthcare for Canadian residents. While this may sound like a utopian world on the surface, the reality is that not everyone has full access to medical attention. Since colonialism, a system has been in place to discriminate Indigenous folks from getting proper medical responses to their healthcare needs. What started with the segregation of Indigenous people receiving care in ‘Indian hospitals’ between 1945 and 1981, and the horrific realities of the terrifying conditions and ‘treatments’, evolved to today’s decreased sense of inclusivity when treating Indigenous people in clinics and hospitals. Some are even left to die of neglect or abuse due to stigmatization; as in the cases of Brian Sinclair and Joyce Echaquan. This article will explore their stories and the root cause of the colonial process that supports the structural racism that remains in the Canadian healthcare system today.

The Colonial Process of Healthcare

Part of the colonial process is the foundation of a healthcare system that primarily existed to treat the European settlers. Brenda Gunn, an Associate Professor of Law at the University of Manitoba, explores this process, such that “the establishment of health care services was premised on the idea that Indigenous people deserved less care than other people in Canada and that the cost of such services should be lower [for Indigenous people].” Thus, this idea is put to practice in the Canadian public health sector today. In other words, “social, educational and health services were mostly organized to spend the least amount of money while facilitating stated and unstated goods of segregating, assimilating, or eliminating Indigenous peoples.”

A critical cause of poor treatment towards the Indigenous population in public healthcare is the stereotypical narrative that is perceived by society as a whole. “In Canada, one of the most enduring images about the Indigenous peoples is as being prone to alcohol or substance abuse.” Without accounting for the poverty that is inherited and caused by colonialism amongst the Indigenous peoples, society commonly view their medical conditions as faults of their own, whereas “non-Indigenous Canadians feel entitled to, and often receive [healthcare services] without question.” In essence, “[t]he image of the ‘drunken Indian’ continues to be one of the most harmful stereotypes operating in healthcare systems.” As a result, Indigenous people continue to risk their lives in the one sector that should be caring for them, while “frontline workers and policymakers alike […] make value judgements about which patients are credible or ‘deserving’ of care.”

Experimentation and Abuse in Indian Hospitals (1945-1981)

To this day, some account for the horrifying memories of their experience in the segregated Indian Hospitals for Indigenous people receiving ‘treatments’. As in an article on the Global News, Tony Merchant, a lawyer at the Merchant Group states that “surgeries were undertaken that were different from the way that non-Indigenous Canadians were being treated for tuberculosis and other ailments.” To put in plain in a true incident, “John Pambrum, the plaintiff who filed the lawsuit, was a patient at the Saskatoon Sanatorium in 1955 and said doctors operated on him and removed part of his right lung as a treatment for tuberculosis.” To this day, the article confirms that he is still suffering from breathing complications as a result.

Another claim by a woman from Edmonton when she filed a suit against Canada alleging abuse at the twenty-nine hospitals states that “patients suffered physical and sexual assaults, were deprived of food and drink, force-fed their own vomit, and unnecessarily restrained in their beds.” This occurred only four decades ago, and while the existence of the hospitals has perished, the abuse and neglect survives in the selective treatments of Indigenous patients today.

Gunn explores the form of structural racism taking place in today’s Canadian healthcare with the case of Brian Sinclair. “After being ignored, unattended, and uncared for during the next thirty-four hours, he died of complications of a treatable bladder infection.” Two inquests were brought to court in a delayed fashion. Phase 1 occurred five years after his death with a conclusion that racism was not the factor of his death, as the nurses ‘did not see’ Mr. Sinclair, even though “the hospital’s own video monitoring system showed many nurses walked right by him and looked directly into the patient waiting area where he seated in his wheelchair.”

Phase 2 occurred in 2014 where the inquest would occur with the condition that “there would be no analysis of systematic racism; no examination of the role that social exclusion or classism related to poverty played; nor the evident racist stereotyping and neglect of Mr. Sinclair by staff.” In other words, a band-aid of ignorance was placed on the whole case to resume structural racism and stigmatization. The truth of the matter is: “staff at the Health Sciences Centre [in Winnipeg] made assumptions about Brian Sinclair – that he was intoxicated; that he was homeless, and had nowhere to go.”

Joyce Echaquan: Final Moments in the form of Abuse (2020)

A more recent and infamous incident is the death of Joyce Echaquan. As in the article on The Guardian, the “37-year-old Atikamekw woman arrived at a hospital in the Quebec City of Joliette on Monday, complaining of stomach pain, [and that] the mother of seven had previously suffered similar issues and told staff she had a heart condition.” She live-streamed her time in hospitalization on Facebook, and staff is seen to verbally abuse her presence and question her deserving of care through blatant discriminatory remarks. With this abuse and indifference to her pleas for help, Echaquan passes away where her cause of death has not been finalized. “Indigenous leaders say the video exposes the grim realities of systematic racism that have long gone ignored throughout the country.”

To oppose the ignorant argument that ‘Canada is not racist,’ it is very clear that ignorance and stereotyping toward Indigenous people persists. The societal perspective as a whole is the backbone of the structural racism that has been playing out since the colonial process. Generally, non-Indigenous Canadians are guilty of proceeding with the skewed vision of Indigenous people ‘being drunk’ and ‘not deserving’ of care, as even healthcare professionals – people with a purpose to care and treat those in physical need – fall into this category of stigmatizing Indigenous patients. As a result, many Indigenous patients risk their lives when arriving to the very places that are supposed to help save their lives. To eliminate this unnecessary problem, education on anti-racism should be extended to everyone at a young age when attending school, as well as in every faculty of higher education – including but not limited to – those aspiring to be healthcare workers. As a rule, productive contributions to the community starts with faith in humanity.

Inflation has been hitting Canada hard since the beginning of the year 2022. As the year progressed, inflation kept increasing and wasn’t getting any better. Many Canadians have difficulty feeding their families because their wages aren’t enough. Food prices and fuel prices, two of the critical things in a citizen’s END_OF_DOCUMENT_TOKEN_TO_BE_REPLACED

This year many jobs have been introduced to the citizens of Canada, many of them got full-time jobs, and the economists were expecting the economy of Canada to keep improving. However, a new survey done by Research Co. showed that two out of three Canadians are unhappy with Canada’s current END_OF_DOCUMENT_TOKEN_TO_BE_REPLACED