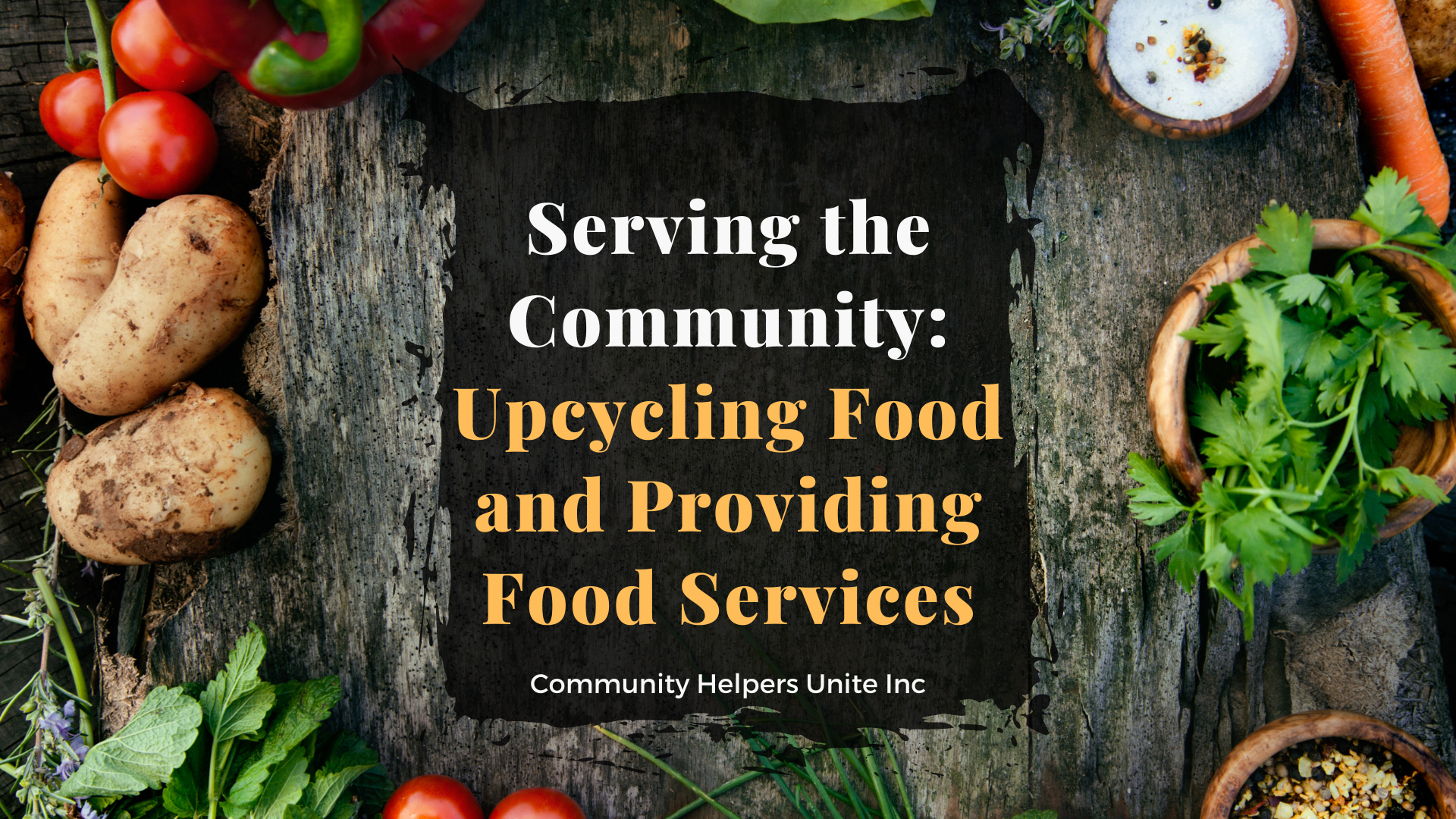 The pandemic took a toll on many aspects of life our ability to socialize, our health if we got sick, mental health, the loss of a loved one, jobs, and financial stability.To address the needs in the community identified through her work with the Leftovers Rescue Food Organization, Brandy Bobier founded Community Helpers Unite Inc (CHU).

1) Open a permitted community kitchen to upcycle food into meals;
2) Deliver FREE cooking and grocery classes to marginalized groups;
3) Provide volunteer opportunities to those with barriers to employment.

Taking on LRFO as cater and started conversations to utilize the mobile app model that rescues food. The program collects food from donors, items that usually would be thrown out, redirecting food to non-profit organizations which upcycle these foods into meals to feed their communities.

“When the pandemic hit in 2020, we were just in the process of our funding proposals,” said Bobier. “We were able to access a ton of granting because of COVID and launch six months earlier than we expected. We launched in October 2020.”

That February, Bobier had already identified gaps and variables in these food organizations. Regardless of what they were doing, they were struggling. Needs couldn’t be met because of money, people, and time. A call for support was issued for the Community Caring Camp at Thunderbird House to ensure it had food, a wakeup call for Bobier, a realization of how dire the need was becoming. The ability to offer one-off hampers, not on a regular schedule, a food supply that could go out to the community in an emergency.

Work began at the camp, ensuring there were two hot meals a day and coffee twice a day for up to 150 people.

“It worked out amazingly. The people who were attending the teepees to stay warm always had something hot to eat and drink. It made a huge impact within the three weeks it was operating.”

After those three weeks, Bobier and others reflected on the food crisis. Sitting down with several of her friends, the group discussed the logistics of providing food services regularly. That group of friends became the board of Community Helpers Unite. In June 2021, Bobier resigned from Leftovers as the City Lead Coordinator as CHU was developing quickly, moving on average 50 thousand pounds of food per month and growing.

However, cooperation with the Leftovers Foundation would continue, renting a small portion of the CHU warehouse and Bobier having a friendly connection with the new City Coordinator Julia Kraemer. Along with CHU Warehous Coordinator and admin, it is a powerful female-led team.

Several organizations can arrive at the warehouse when time-sensitive items arrive, and through the app and volunteers get the food to those who need it. The system has become incredibly efficient and is almost perfect, said Bobier. The only piece missing was upcycling, foods that couldn’t be given but could still be good if made into something else.

“If we get a call on a Friday afternoon, most of the agencies are not open on the weekends unless they have drop-ins or emergency resources. On a Friday, if we get a big donation, what will we do? We have a handful of specific agencies open all weekend we know we can put it on. Sometimes it’s stuff that isn’t going to be good long enough.”

Luckily there are options available. In one instance, an order of tomatoes came in and would have expired by Monday. Pre-CHU would have been an issue, but there is access to a kitchen with CHU. Those tomatoes were roasted, skinned, and frozen, allowing them to be upcycled for stews and other dishes while avoiding unnecessary food waste. The kitchen CHU uses is from the Salvation Army, but there are still plans to develop a kitchen of their own, although the planning has been somewhat turbulent.

According to Bobier, their warehouse on Jarvis in Winnipeg has a space designated to become a community kitchen. But the project has been held up at every corner possible.

The kitchen project was posted over social media back in June 2021, and there were some issues with funding with several unforeseen expenses. The funding is now on track with the kitchen under construction.

Like any non-profit organization, financial support is always needed for operational funding to ensure the excellent work of Community Helpers Unite can continue.

The government of Manitoba has released a test project plan to give the residential streets in Winnipeg City a better look into the future. The government’s goal is to lower the speed limit from fifty kilometres per hour to forty or even thirty to make the residential areas safe and END_OF_DOCUMENT_TOKEN_TO_BE_REPLACED

This winter has been one of the most interesting winters that Manitoba has ever faced. It started with very high temperatures, which surprised and confused many Manitobans. Then a couple of storms hit the province.  The weather continued to act weirdly warm, which got some of the winter activities companies END_OF_DOCUMENT_TOKEN_TO_BE_REPLACED