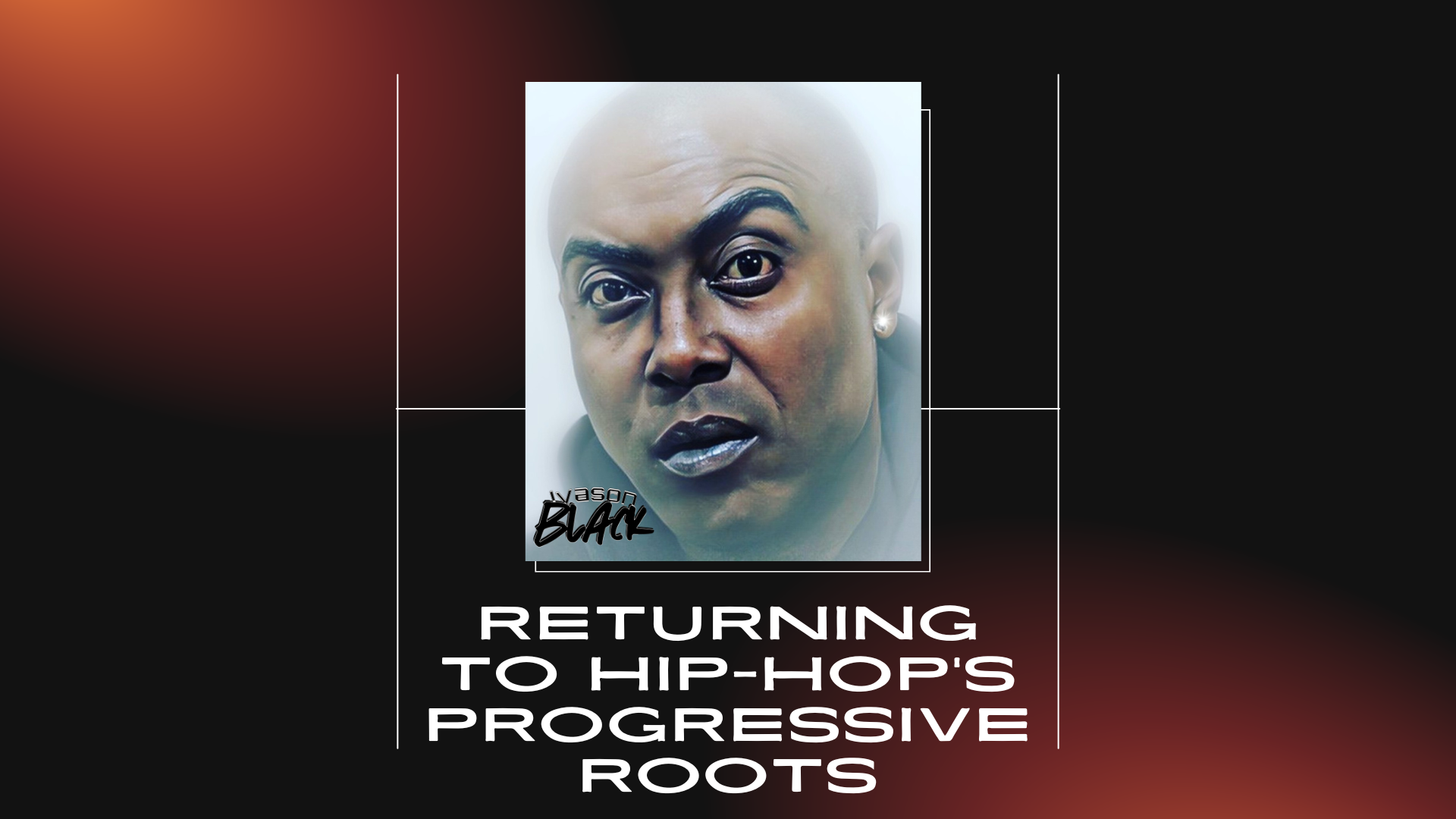 Did you know that rap and hip-hop are among the most popular music genres in the west? ‘Rapper’s Delight,’ by The Sugar Hill Gang from 1979, is considered the first rap song ever played over the radio. Whether you hate it or love it, rap and hip-hop undeniably have an impact.

Hip-hop artist, father, and poet Ivason Black utilizes his love of rap to tell stories crucial to the world around him, discussing culture and social issues. This vision has come together for his latest album, Counter Culture.

“The name came at the end,” says Black, “All the songs were done; everything was done. I was working on the mix and still hadn’t named it yet. I was having a conversation with a friend of mine, another artist, and somewhere in the conversation, we started talking about politics, and he said, ‘Counter Culture.'”

That name stuck in Black’s mind, as he felt his style and sound didn’t fit the ‘traditional’ hip-hop and rap mould.

“The hardest part of this album is I don’t fit; I don’t fit anywhere. Where do you put this? Is it hardcore, is it soft, is it alternative? I’ve got rap, hip-hop, blues, I’ve got folk. It’s music, and that’s what I like to call it, and that’s where ‘Counter Culture’ came from, that I’m going against the grain, and I’m doing my own thing.”

Black approaches music by looking at it through the lens of the world around him and where he is internally. This includes looking at what’s happening in music and politics, how the world is changing in front of his eyes, and how he feels about his mental and physical health.

“I try to create things that are real, or as most as one can try.”

Black says the world is moving forward at unprecedented rates, and some of these changes are negatives for humanity, wealth inequality, climate change, and political unrest. However, some changes are incredibly positive in his mind as the conversation around ethnicity and gender identity has made tremendous leaps and bounds. Music can be the vehicle to push the messages of equality and positive political change to the masses. Rap can be used to do that, as one of the most popular genres in western music.

But why is it so popular? Black attributes it to two areas.

Like anything that shakes the mould, the status quo will often attempt to smother it. This happened to rock music during the ‘Satanic Panic.’ The same was done to rap, with people saying it’s wrong and doesn’t have a place in society. Youth are rebels, and when you try to remove something from them, they’ll want it more, propelling it and making it even more powerful. The backlash to early hip-hop was unwarranted, as much of the messaging was incredibly progressive. Black believes rap and hip-hop are popular because the music can be entertaining to listen to, and you get enthralled by the energy and persona and rap alongside it.

However, Black has seen a shift in the genre. When things become prevalent, they will inevitably begin to change.

“The hip-hop that most of us grew up on was about change, uplifting, sharing and caring. It sounds cliche, but it was about good things. Talking about the stories of the street, people bringing their lives to the forefront so we could see the calamities around us. Something happened to hip-hop, especially when you look at what’s lurking on the top charts. It’s talking about misogyny, hate, drugs, and crime, almost as if this is the only thing that exists in hip-hop. This is so wrong and so far from the truth.”

Hip-Hop can be the most powerful music, says Black. It can make a change and inspire people because it has something to say. Reclaiming that early inspiration of uplifting others and highlighting the systemic issues and how we can make a difference is what Black aspires his music will become for others. Black is also challenging himself, working with creators of all backgrounds and genders to share positive messages and move the industry forward in inclusive ways.

The government of Manitoba has released a test project plan to give the residential streets in Winnipeg City a better look into the future. The government’s goal is to lower the speed limit from fifty kilometres per hour to forty or even thirty to make the residential areas safe and END_OF_DOCUMENT_TOKEN_TO_BE_REPLACED

This winter has been one of the most interesting winters that Manitoba has ever faced. It started with very high temperatures, which surprised and confused many Manitobans. Then a couple of storms hit the province.  The weather continued to act weirdly warm, which got some of the winter activities companies END_OF_DOCUMENT_TOKEN_TO_BE_REPLACED