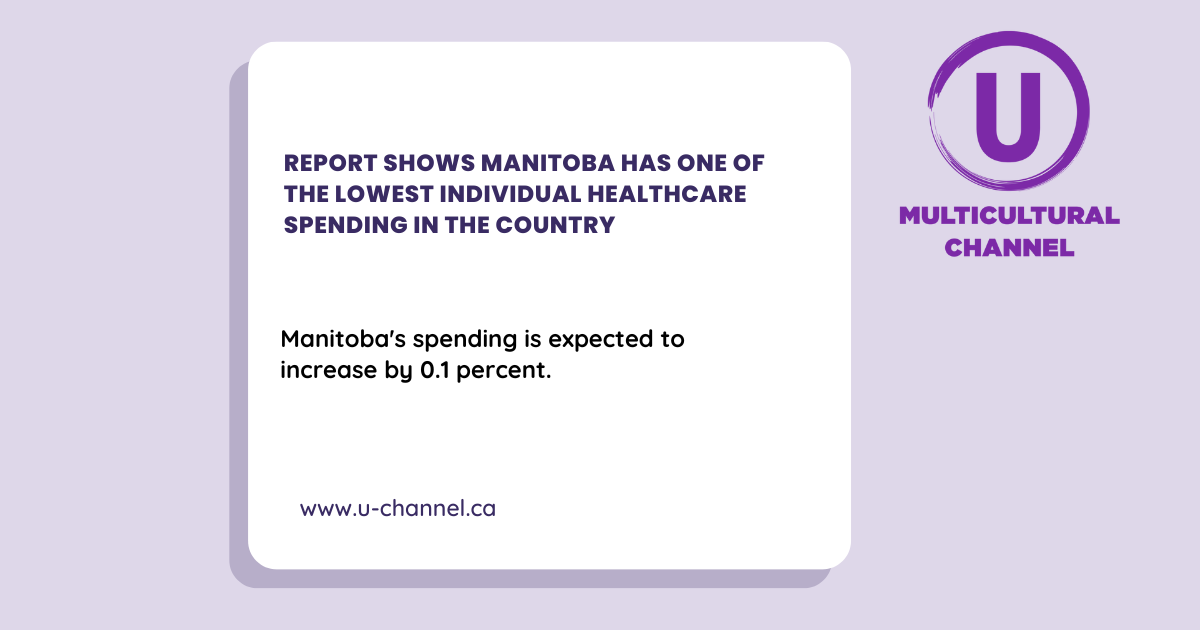 The Health Expenditures Manager at the Canadian Institute for Health Information (CIHI), Chris Kuchciak, commented on this by saying, “When we look at trends, what we see in 2022 is a levelling off of spending growth.”

The individual healthcare spending in Manitoba is shown to be less than the average in Canada, which happens to be $8,563. Manitoba’s spending is expected to go higher by 0.1%. The provinces that come first and second as lowest spending per person, Ontario and New Brunswick, are projected to have less spending per person this upcoming year.

“We are facing a staffing crisis in our hospitals; you look at some of those costs, and what CIHI was saying was that we are moving on to things like surgical and diagnostic backlogs,” says Thomas Linner, the Manitoba Health Coalition Executive Director.

The holiday season is approaching, winter is getting more serious, and many struggling Manitobans are trying to have good wintertime. Harvest Manitoba has reported that the number of Manitobans with food insecurity has grown recently. According to the data collected by Harvest Manitoba, food bank usage has doubled since 2019. END_OF_DOCUMENT_TOKEN_TO_BE_REPLACED

https://youtu.be/wQhEjmKNpTY It can sometimes feel disheartening to hear what’s happening worldwide. When it comes to politics, things are more divisive than ever. On November 24, Winnipeggers stood together to make a difference, marching for the Take Back the Night (TBTN) movement.  The first ever Take Back The Night event was END_OF_DOCUMENT_TOKEN_TO_BE_REPLACED

After long years of debates, discussions, and delays, the government of Canada released a new bill called C-7 in 2021. Bill C-7 has legalized assisted death for patients with incurable diseases or patients with irreversible comas. The Bill contained very detailed rules, but this Bill has some things that are END_OF_DOCUMENT_TOKEN_TO_BE_REPLACED