Pallister stepping down as Premier 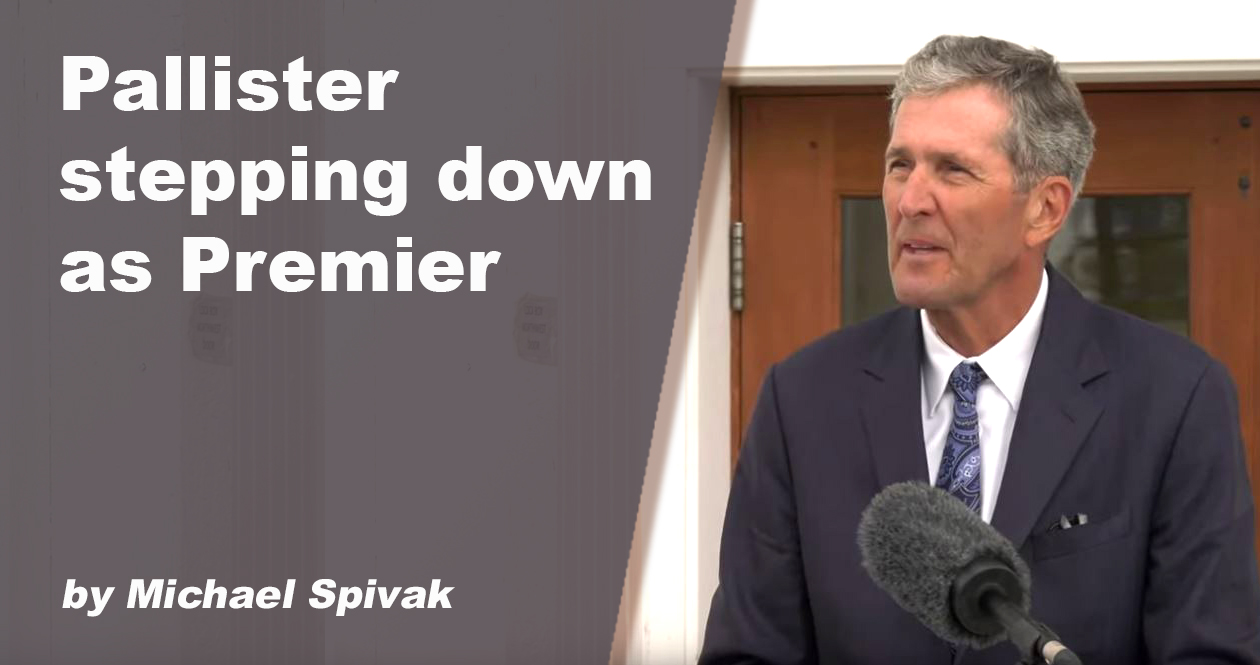 This Wednesday, Manitobans can expect a change in leadership after Premier Brian Pallister announced he would be leaving office “effective 8 a.m., Wednesday, September 1, 2021,” as written in a statement put out by his office.

The news comes as no surprise after the Premier made his intentions clear in a public statement on August 10th. He expressed his desire to not seek reelection in 2023, thus resulting in the Progressive Conservative Party of Manitoba leadership race set to end on October 30th with the election of the next party leader.

The reasoning behind Pallister’s early departure from office is, as he explained, “to ensure the election of my successor can continue to take place free of any perception of any influence from the Office of the Premier.”

As of August 30th, three candidates have put forth their candidacy for the premiership, Hon. Heather Stefanson, MLA for Tuxedo and Minister of Health and Seniors Care. Hon. Shelly Glover, former Conservative Member of Parliament for Saint Boniface (now Saint Boniface-Saint Vital), and Shannon Martin, MLA for McPhillips.

Throughout his time as Premier, Pallister’s government faced successes and challenges. The government kept its promise of cutting the PST by one percent, making it seven percent. This move had a positive effect on the communities of Manitoba, keeping more money in the pockets of Manitobans. There was also an increase in investment by two million dollars made for communities outside of Winnipeg for water and sewer demands and a reserving of $20 million to invest into addictions and mental health.

In 2017, there were daily border crossings from the United States into Manitoba made by refugees seeking Canada’s safety, the provincial and federal government coordinated a solution to relieve the pressure on immigration agencies and on solving the immediate needs of the people crossing the border. Support was also given in the form of funding to the refugee communities.

The same year, the CBC reported that Pallister asked for an increase in funding from the federal government to deal with health care inequity that affects indigenous communities. $19 million were invested into helping Indigenous people with diabetes. Some of the money was also spent on improving health care and training more personnel in the communities that need it.

Kelvin Goertzen replaces Pallister as interim leader until the party picks its next leader.

Canada’s winters can be unpredictable. Here in Manitoba, one day, we can have lovely warm sun. The next, it can be blistering cold. Even those who have lived here their whole lives can get caught off-guard. One joke often used is that everyone forgets how to drive on the year’s END_OF_DOCUMENT_TOKEN_TO_BE_REPLACED

There’s been a bit of a road bump for one of Winnipeg’s North-End Community organizations as they look for a new facility. Luckily, there are opportunities to rent while they search, a testament to the unity found within the community. Founded in 1999 by a group of women who came END_OF_DOCUMENT_TOKEN_TO_BE_REPLACED

The end of the year is a busy time. From October to January, there are many observed festivities. Diwali, Dio De Los Muertos, Hanukkah, Christmas, Ōmisoka, and Kwanzaa. Established in the 1960s, Kwanzaa found its way to Canada in the 1990s. Thanks to the Canadian Kwanzaa Association, 2019 was the END_OF_DOCUMENT_TOKEN_TO_BE_REPLACED

Volunteering has many beneficial purposes, helping develop your skills, enhance your resume, build connections and help support your community.  There are plenty of opportunities for students through school, youth groups, student initiatives, or community ventures. When you’re retired, your history in the community and having more availability can make it END_OF_DOCUMENT_TOKEN_TO_BE_REPLACED

Islam is a faith followed by approximately a quarter of the world’s population and comprises many diverse cultures and ethnicities. The Islamic community also has a deep connection to Manitoba, with the Mosque run by the Manitoba Islamic Association (MIA), the oldest and largest in Manitoba. Since moving to Canada END_OF_DOCUMENT_TOKEN_TO_BE_REPLACED

In ancient Greece, it was believed the Muses, Greek deities of song, dance, and memory, would give creativity, wisdom and insight to artists and thinkers.   In the modern-day, the generations of great thinkers and creators may never come to be if they are not provided with the proper resources, teaching, END_OF_DOCUMENT_TOKEN_TO_BE_REPLACED