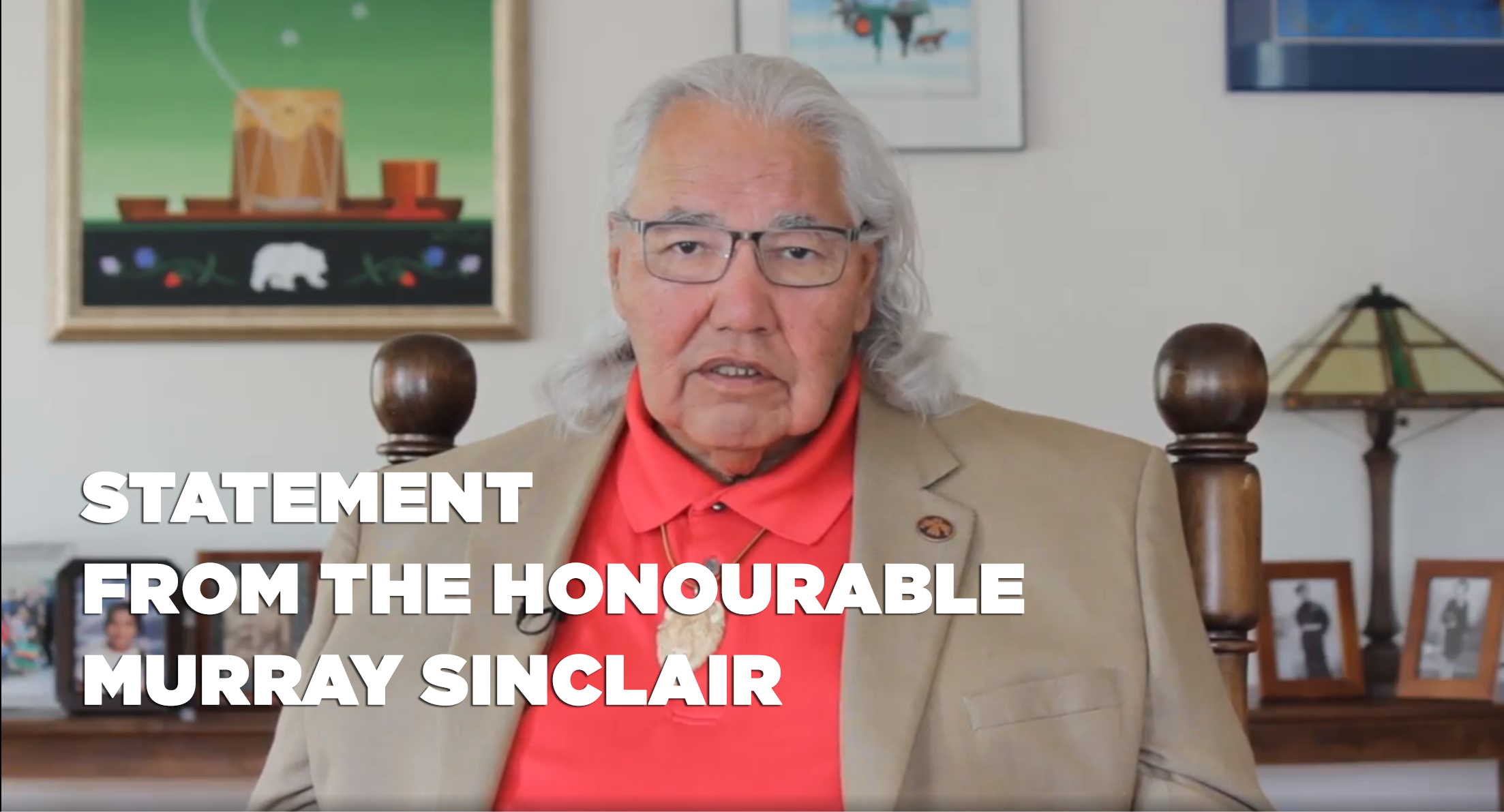 I wanted to take the opportunity to speak to you regarding the situation that has come to the public’s eye about the discovery of bodies at the residential school in Kamloops, British Columbia, Canada.

When I was asked to chair the Truth & Reconciliation Commission, I thought that I had a pretty good idea of what to expect. Discovering what was going on in the schools, I thought, would be accomplished by listening to what the survivors told us and recording their stories. I undertook that part of the work openly and willingly, with what I thought was a good understanding of what they were going to tell us.

But the stories from the survivors proved to be horrendous. One of the most common stories that we heard were from survivors who talked about the children who died in the schools and whose deaths they witnessed. Just as often, we heard about the loneliness and separation from their family – how they lost so much.

One aspect of residential schools that really proved to be quite shocking to me personally, was the stories that we began to gather of the children who died in the schools. Of the children who died, sometimes deliberately, it was at the hands of others who were there, and in such large numbers.

We had no expectation that this would be a part of the work we were doing. We asked the government to allow us to conduct a fuller inquiry to that part of the work of the TRC, to explore that on behalf of the survivors and Canadian public. We submitted a proposal, as it was not within the mandate of the TRC, and that request was denied. So largely we did what we could, but it was not anywhere near what we needed to investigate. Now we are seeing evidence of the large number of children who died.
We know there are lots of sites similar to Kamloops that are going to come to light in the future. We need to begin to prepare ourselves for that.

Those that are survivors and intergenerational survivors need to understand that this information is important for all of Canada to understand the magnitude of the truth of this experience.
Since the revelation of what has happened at Kamloops has come to light, I have been inundated with calls from Survivors.

Hundreds of calls, often just to cry. I can hear not only the pain and the anguish, but also the anger that no one believed the stories they had told. I can also hear their sense that they have lost some hope that maybe those children that hadn’t returned might still be found. They now know that may not happen.

My heart goes out to the Survivors, the children and families of Survivors who never made it back. I know this is a hard time. But we must persevere in our investigation that we must know what happened at these schools. We need to ensure that we put in place healing programs and foundations that will help survivors to gather and share their memories and stories.

I pray for you all and hope that you can find a way to continue on in a good and healthy way.

Canada’s winters can be unpredictable. Here in Manitoba, one day, we can have lovely warm sun. The next, it can be blistering cold. Even those who have lived here their whole lives can get caught off-guard. One joke often used is that everyone forgets how to drive on the year’s END_OF_DOCUMENT_TOKEN_TO_BE_REPLACED

There’s been a bit of a road bump for one of Winnipeg’s North-End Community organizations as they look for a new facility. Luckily, there are opportunities to rent while they search, a testament to the unity found within the community. Founded in 1999 by a group of women who came END_OF_DOCUMENT_TOKEN_TO_BE_REPLACED

The end of the year is a busy time. From October to January, there are many observed festivities. Diwali, Dio De Los Muertos, Hanukkah, Christmas, Ōmisoka, and Kwanzaa. Established in the 1960s, Kwanzaa found its way to Canada in the 1990s. Thanks to the Canadian Kwanzaa Association, 2019 was the END_OF_DOCUMENT_TOKEN_TO_BE_REPLACED

Volunteering has many beneficial purposes, helping develop your skills, enhance your resume, build connections and help support your community.  There are plenty of opportunities for students through school, youth groups, student initiatives, or community ventures. When you’re retired, your history in the community and having more availability can make it END_OF_DOCUMENT_TOKEN_TO_BE_REPLACED

Islam is a faith followed by approximately a quarter of the world’s population and comprises many diverse cultures and ethnicities. The Islamic community also has a deep connection to Manitoba, with the Mosque run by the Manitoba Islamic Association (MIA), the oldest and largest in Manitoba. Since moving to Canada END_OF_DOCUMENT_TOKEN_TO_BE_REPLACED

In ancient Greece, it was believed the Muses, Greek deities of song, dance, and memory, would give creativity, wisdom and insight to artists and thinkers.   In the modern-day, the generations of great thinkers and creators may never come to be if they are not provided with the proper resources, teaching, END_OF_DOCUMENT_TOKEN_TO_BE_REPLACED