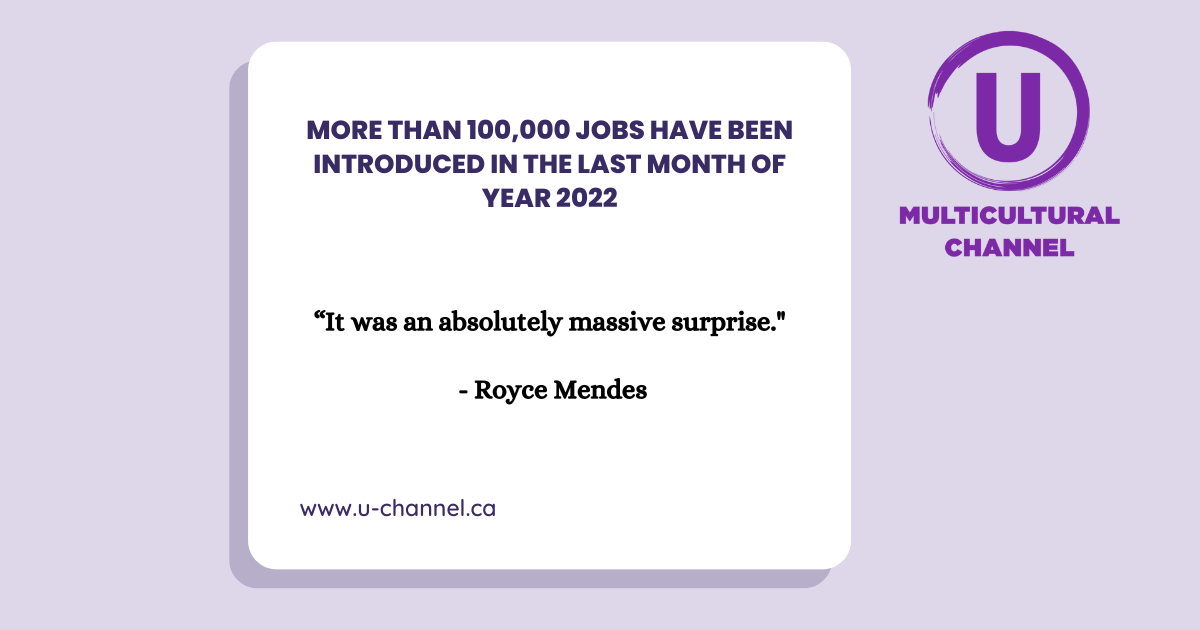 In December 2022, the Canadian Labour Market added more than a hundred-thousand jobs to the economy of Canada. This massive event has improved Canada’s employment rate by 0.5 percent and resulted in a 0.1 decrease in the unemployment rate in Canada, bringing it down to 5.0 percent.

This improvement in employment rates has increased in Manitoba, Alberta, British Columbia, Suskacheowon, Newfoundland, and Labrador. Moreover, other provinces showed not that much of a change in the rates.

“As part of a Statistics Canada data collection initiative on new forms of employment, new data for December show that about 250,000 Canadians had provided ride or delivery services through an application or digital platform in the previous 12 months (population aged 16 to 69; not seasonally adjusted),” confirmed Statistics Canada.

Economists have been expecting a downfall in the Canadian economy, specifically in the fourth quarter economic data due to the high-interest rates, but the results were the complete opposite. The number of jobs showed no signs of instability.

“It was an absolutely massive surprise, I have called this release the random number generator in the past for a good reason, so it meant that, yes, a lot more Canadians had jobs, but there weren’t a lot more goods and services being produced, think we’re gonna have to live with these inefficiencies in the economy for some time,” commented Head of Macro Strategy at Desjardins, Royce Mendes.

The government of Manitoba has released a test project plan to give the residential streets in Winnipeg City a better look into the future. The government’s goal is to lower the speed limit from fifty kilometres per hour to forty or even thirty to make the residential areas safe and END_OF_DOCUMENT_TOKEN_TO_BE_REPLACED

This winter has been one of the most interesting winters that Manitoba has ever faced. It started with very high temperatures, which surprised and confused many Manitobans. Then a couple of storms hit the province.  The weather continued to act weirdly warm, which got some of the winter activities companies END_OF_DOCUMENT_TOKEN_TO_BE_REPLACED