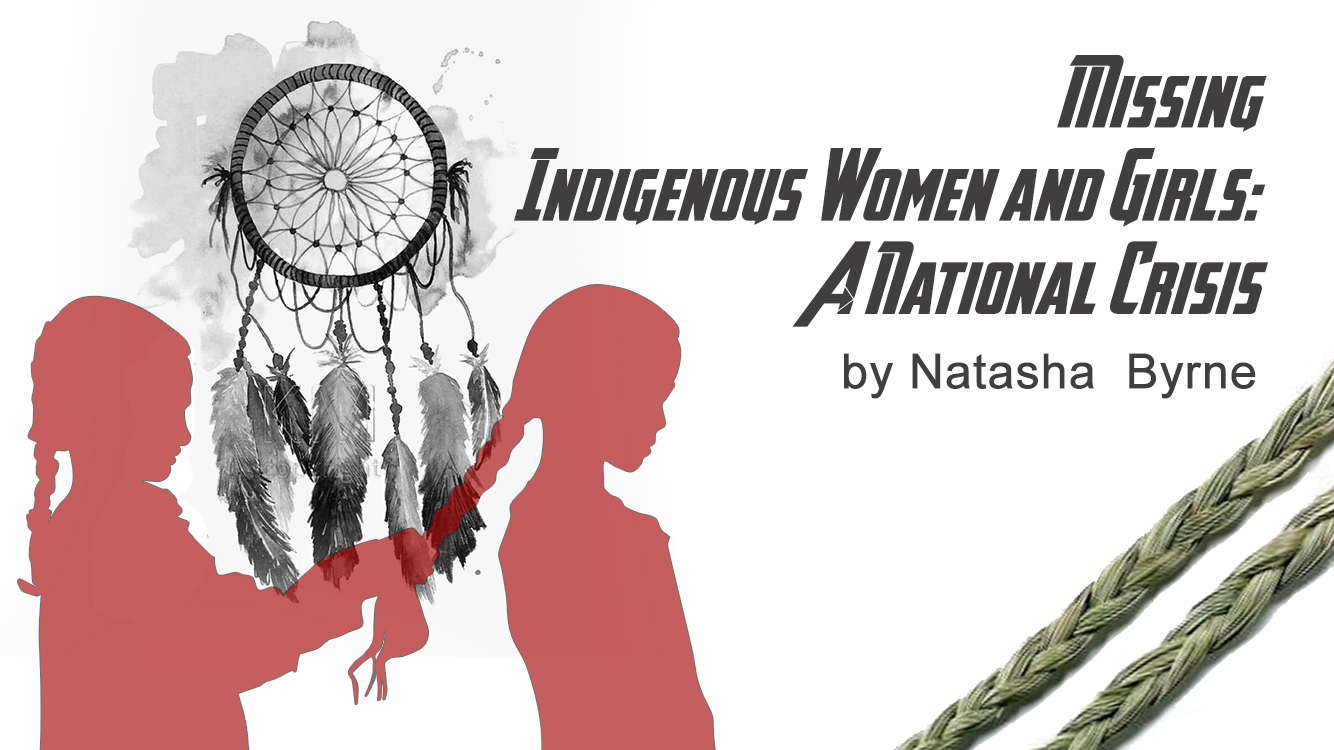 Being born an Indigenous female has its consequences, and it is a shame that there is not enough public outcry by the Canadian population for change to happen effectively. Far from just a negative factor, being born a targeted victim not only does permanent physical and emotional damage, but it can also cost her life. Understanding the underlying causes of this prolonged issue is critical for a step towards positive change. With the help of factual data, a background history of the problem’s root cause, and the reality of present Canadian Indigenous females, this national crisis will be reflected to understand why its progressive evolution is mandatory.

Facts and Data of Missing and Murdered Girls

How It All Began

Like every critical issue faced by the Indigenous population in Canada, this problem began during the period of colonization. Brandi Morin, an Indigenous woman who survived from being kidnapped and raped quotes:
This crisis [has] been going on for decades, according to government and police records. If we’re honest, however, it’s been happening since 1492. White male colonizers raped native women at epidemic rates and justified their actions because Indigenous peoples were labelled savages and less than human. This is not an enigma – it is clear that this problem persists because Indigenous people are still perceived as such. Otherwise, this problem will not continue, and Indigenous women and girls would not continually be aimed at as White men’s next victims. Essentially,  “[t]he UN high commissioner for human rights has recognized that the basic inequalities that exist between Indigenous people and the rest of Canada are a glaring reminder of the Canadian state’s failure to overcome systematic racism, the intergenerational trauma and colonialism and the inadequate provision of specialized services and programs for each community.”

Dismissal and Persistence of this Issue

This issue has been prolonged and remains unresolved due to the low placement of Indigenous people in the priority list of law enforcers and the non-indigenous population. An investigation revolving around an Indigenous female is typically dismissed due to dangerous stereotypes perceived by authorities; “[m]issing Indigenous females are often discriminated against by authorities and labelled ‘just an Indian, out partying, on a drunk, or a runaway.’”

Moreover, due to the systematic racism that has placed Indigenous people as the poorest population in Canada, Indigenous girls are more prone to be victims of violence. Morin relates to this circumstance: “Most are or have spent time in the foster care system, like me. Many are forgotten and left for dead.” The issue of this group’s susceptibility to poverty is due to the federal government’s reluctance to secure funds for the betterment of Indigenous peoples’ lives. The reality is that “the federal government has continually stalled investment in resources to address the genocide of MMIWG [Missing and Murdered Indigenous Women and Girls] and the
other oppression experienced by Indigenous peoples. Yet Trudeau easily found billions of dollars to secure a pipeline expansion project.”

Change for the Better

Indigenous girls deserve the same reassurance that they will be as protected as non-Indigenous girls; thus, violence towards them should be reduced. Even though violence should be generally eliminated for all mankind, the most realistic approach is to tackle each issue one step at a time. Primarily, to ensure that Indigenous females are not the desired choice of victims, barriers that separate Indigenous people as less than human should be broken down. This comes with awareness by embedding lessons against racism in all levels of education. Additionally, the betterment of Indigenous peoples’ lives should be a priority by higher authorities including
officers of the law, and the Canadian provincial and federal governments. This progressive mindset would not only help persist investigations in finding missing and murdered Indigenous females, but it would also reduce the exploitation of criminals towards this specific group and also, prevent these damages by reducing Indigenous progenies’ chances to be born poor and unprotected.

As Morin concludes: “I’m a strong, proud Indigenous woman and I was more than a runaway or a lost cause. A generation of women like me [is] still fighting for our lives. We are resilient, worthy and intelligent; and we deserve to live, to dream and to thrive.”

Works Cited
Assembly of First Nations. 2020. MMIWG Missing And Murdered Indigenous Women And Girls And Ending Violence – Assembly Of First Nations – AFN. [online] Available at: <https://www.afn.ca/policy-sectors/mmiwg-end-violence/> [Accessed 24 December 2020].
Morin, B., 2020. Indigenous Women Are Preyed On At Horrifying Rates. I Was One Of Them.[online] The Guardian. Available at:<https://www.theguardian.com/commentisfree/2020/sep/07/canada-indigenous-women-and-girls-missing> [Accessed 20 December 2020].

The government of Manitoba has released a test project plan to give the residential streets in Winnipeg City a better look into the future. The government’s goal is to lower the speed limit from fifty kilometres per hour to forty or even thirty to make the residential areas safe and END_OF_DOCUMENT_TOKEN_TO_BE_REPLACED

This winter has been one of the most interesting winters that Manitoba has ever faced. It started with very high temperatures, which surprised and confused many Manitobans. Then a couple of storms hit the province.  The weather continued to act weirdly warm, which got some of the winter activities companies END_OF_DOCUMENT_TOKEN_TO_BE_REPLACED