Meaningful Change is only possible through Cooperation: Native Women’s Association of Canada 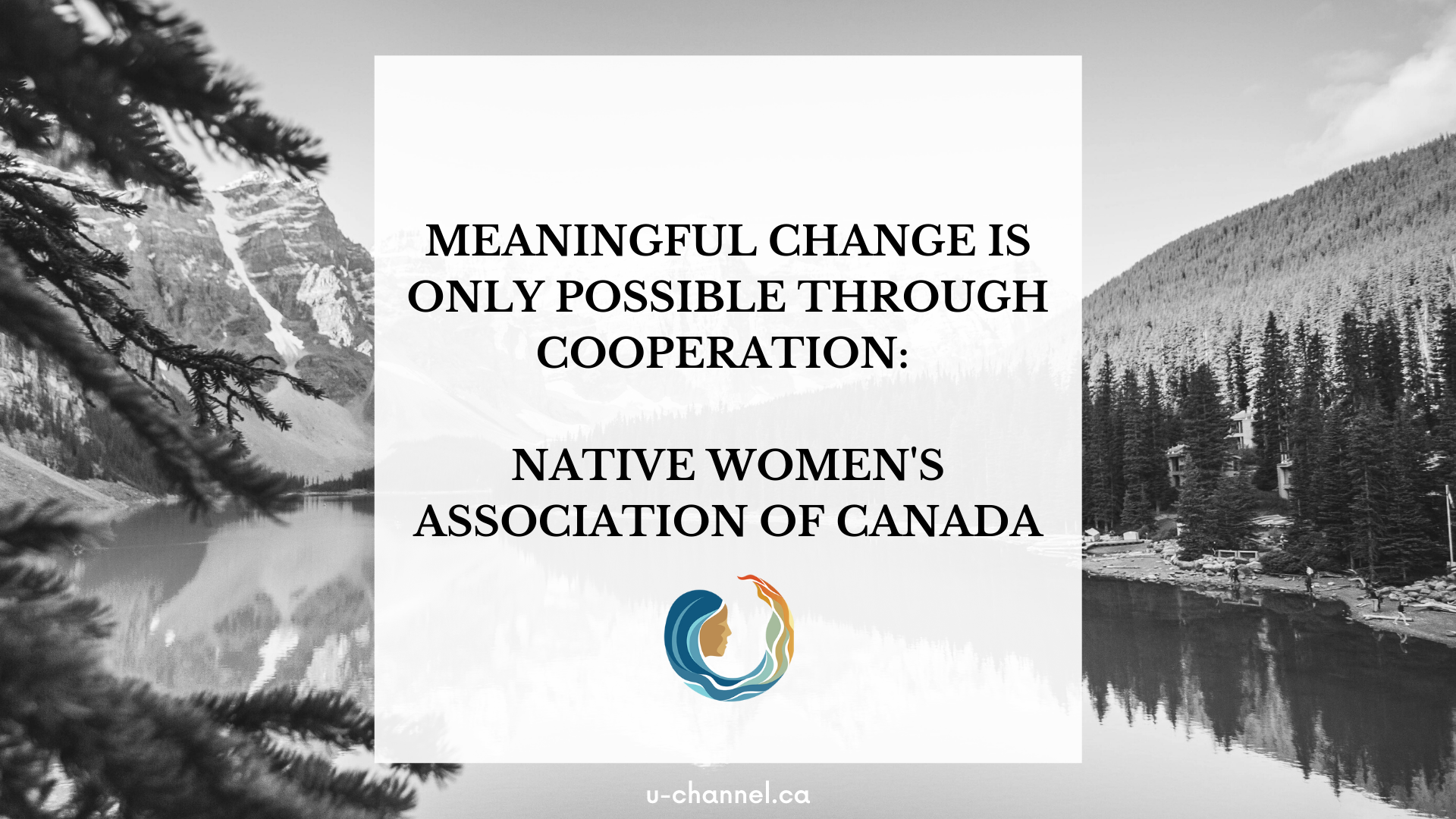 For many years, there’s been a lot of pain within the Indigenous community, murdered and missing Indigenous women, girls and two-spirit, unclean drinking water, and the fight to protect Indigenous land. More recently, the news of children’s graves found at residential schools.

Created in 1974, NWAC is a political voice for these groups through advocacy, education, research, and policy. Founded with the collective goal to enhance, promote, and foster the social, economic, cultural, and political well-being of Indigenous women, girls, and the gender diverse within their respective communities and Canadian societies. For 47 years, NWAC has been dedicated to representing and improving the lives of these communities.

Lorraine Whitman, “Grandmother White Sea Turtle,” is the president of NWAC. One of 14 siblings of the late Chief Joseph Peters and Elder Doris (Brooks) Peters and granddaughter of the late Chief Louis Peters of Bear River, Whitman has always believed in speaking for the truth and equality, driven against racism and discrimination she saw when she was younger, a hatred still lurks within society today. Whitman and many other leaders at NWAC remain vigilant to ensure Indigenous voices are heard.

“We haven’t been given the right [to speak out] for many, many years,” says Whitman. “It’s fortunate that the everyday Canadian citizen has opened their eyes as we have found the remains of our children that were buried. Canada is waking up and saying, ‘how did I not know this?’ If we open our ears and our ears to our hearts with love and compassion for one another, we would have heard that before. When it comes to children, people tend to think in a different perspective.”

The Truth and Reconciliation Commission of Canada and individuals such as the Honourable Murray Sinclair have stated these children’s lives were lost at residential schools, but no one listened. They’re starting to listen now, says Whitman, and it’s time to move forward to tackle the challenges facing Indigenous communities.

NWAC holds the only national database on the number and circumstances of Canada’s missing and murdered Indigenous women, girls, and gender diverse people; there has been a lot of talk from the government about inquiries and initiatives, but change has been slow going.

“I haven’t seen many changes, and I know the government has put out millions of dollars towards it, but we’re waiting to see where it goes, who receives the dollars and where it goes. We were supposed to have a federal national action plan for MMIWG2S, and a document was released, but it wasn’t an action plan. We at NWAC created our own. We had stated what needed to be done, the calls for justice or the national action plan. We put the objective of what we were doing and cost analysis, a cost to it and a timeline when we wanted it to be completed and follow up from there. We haven’t seen any of that yet.”

Solving injustices and inequality within Indigenous communities, poverty, murdered and missing Indigenous women, girls and two-spirit, unclean drinking water, and the fight to protect Indigenous land are struggles that can not be done alone.

“We all need to be a part of the solution respectfully towards one another. We can’t put the blame on anyone because blame becomes hatred.”

History often repeats itself, and to avoid travesties from happening again, Whitman says we have to accept the hard truth there are systemic issues within our governments and society to admit there were and are wrongdoings. Moving forward is entirely doable, and it won’t be only through governments or organizations but everyday people.

There are a lot of theme words thrown around Truth and Reconciliation Commission, National Inquiry, reconciliation, and partnerships. These words need to be closely examined as each has a strong meaning behind it, but what they mean could have a different implication for those receiving on the other end. Whitman indicates that Indigenous communities need reliable allies.

NWAC continues to fight for the rights and freedoms of Indigenous people across Canada. The Resiliency Lodge is one of NWAC’s most ambitious initiatives and one that fills its members with considerable pride. The program’s services provide support across the country during COVID-19, with overwhelming responses for the in-person and virtual workshops leading to the rapid expansion of these services. All workshops, virtual Elder support or in-person services—are geared to violence prevention and empowered healing intervention.

For more information on NWAC, its programs, or ways to support the Indigenous community, visit: https://www.nwac.ca/

Inflation has been hitting Canada hard since the beginning of the year 2022. As the year progressed, inflation kept increasing and wasn’t getting any better. Many Canadians have difficulty feeding their families because their wages aren’t enough. Food prices and fuel prices, two of the critical things in a citizen’s END_OF_DOCUMENT_TOKEN_TO_BE_REPLACED

This year many jobs have been introduced to the citizens of Canada, many of them got full-time jobs, and the economists were expecting the economy of Canada to keep improving. However, a new survey done by Research Co. showed that two out of three Canadians are unhappy with Canada’s current END_OF_DOCUMENT_TOKEN_TO_BE_REPLACED