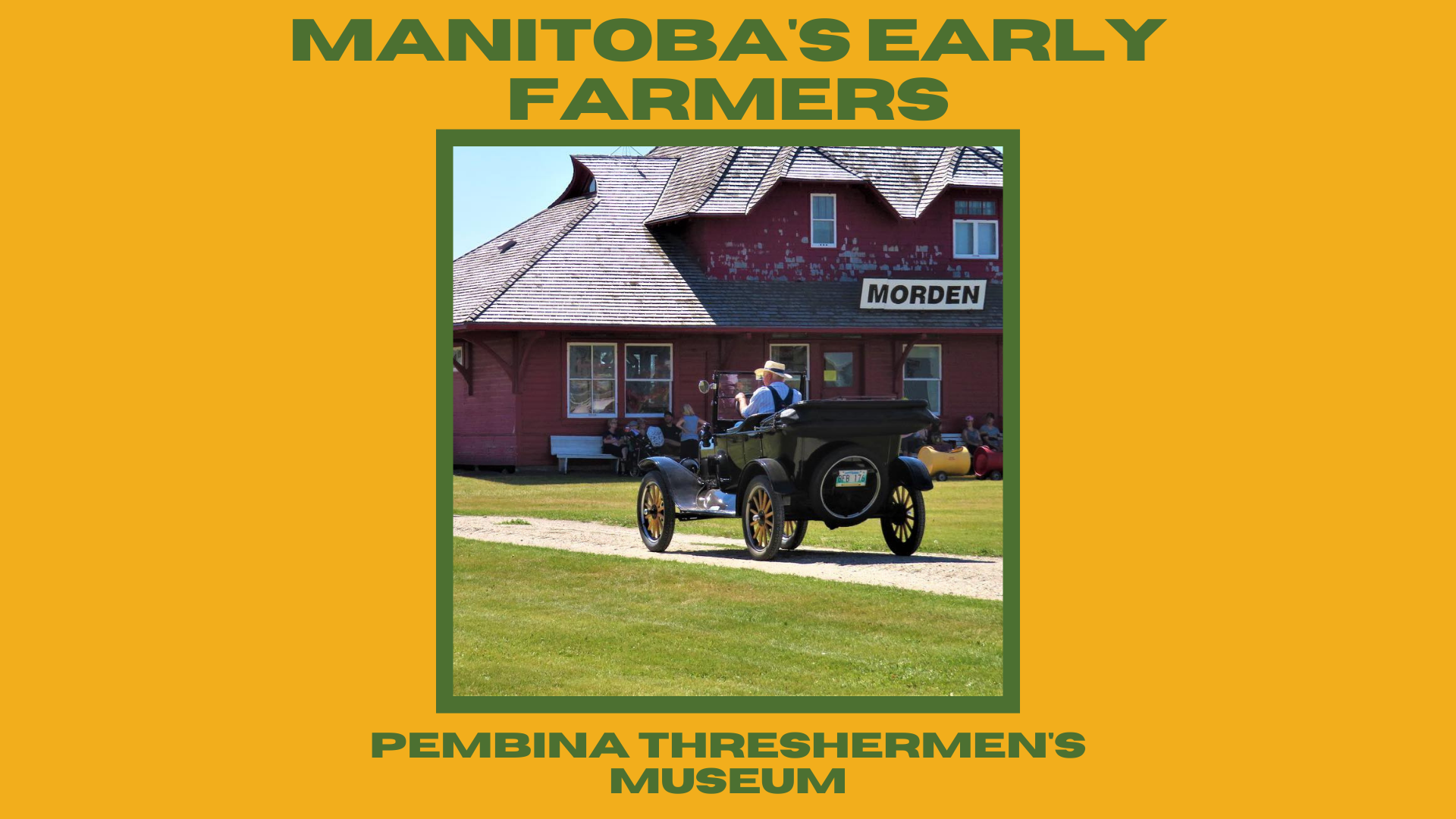 Tucked between the cities of Morden and Winkler of rural Manitoba is a museum that preserves a particular aspect of Manitoba’s agricultural history.

The Pembina Threshermen’s Museum houses memorabilia, machinery, and buildings of Manitoba’s early pioneers. It was located on a farmer’s field from 1963-1968 when it opened at its current location.

But for Jake Buhler – the Pembina Threshermen’s Museum’s vice president, most of the day-to-day work revolves around the upkeep of the garden and the general store. Out of passion for the organization, Buhler retired from his career early to spend his days working at the museum.

“It think it’s worth remembering,” says Buhler. “It interests a lot of people how some started here. It’s hard to say why it’s so important, some do think it is, but I do. We have some items that younger people haven’t ever seen or have an idea of how these things work.”

According to Buhler, many immigrants during the 19th century came to Manitoba for freedom of religion or were farmers themselves. The museum captures that moment in time, with many events and features throughout the spring and summer to highlight the lifestyle, houses, and tools farmers would have used to work the land.

One of the main attractions at the museum is the Mainstreet strip, with buildings ranging from 1878 to the 1960s. However, another exciting component is the collection of over 100 antique tractors, which still run today. Many of those tractors are featured in a parade during the museum’s Heritage Day and Reunion Days.

Buhler, a collector in his own right, has helped contribute to the museum’s extensive collection of early relics and items.

“I brought about a hundred oil lamps here,” he says.
In addition to the oil lamps on display, there’s an art gallery, a theatre, a blacksmith shop and much, much more.

Between the various exhibits and museum events that run throughout the year, there is plenty to see at the Pembina Threshermen’s Museum.

Canada’s winters can be unpredictable. Here in Manitoba, one day, we can have lovely warm sun. The next, it can be blistering cold. Even those who have lived here their whole lives can get caught off-guard. One joke often used is that everyone forgets how to drive on the year’s END_OF_DOCUMENT_TOKEN_TO_BE_REPLACED

There’s been a bit of a road bump for one of Winnipeg’s North-End Community organizations as they look for a new facility. Luckily, there are opportunities to rent while they search, a testament to the unity found within the community. Founded in 1999 by a group of women who came END_OF_DOCUMENT_TOKEN_TO_BE_REPLACED

The end of the year is a busy time. From October to January, there are many observed festivities. Diwali, Dio De Los Muertos, Hanukkah, Christmas, Ōmisoka, and Kwanzaa. Established in the 1960s, Kwanzaa found its way to Canada in the 1990s. Thanks to the Canadian Kwanzaa Association, 2019 was the END_OF_DOCUMENT_TOKEN_TO_BE_REPLACED

Volunteering has many beneficial purposes, helping develop your skills, enhance your resume, build connections and help support your community.  There are plenty of opportunities for students through school, youth groups, student initiatives, or community ventures. When you’re retired, your history in the community and having more availability can make it END_OF_DOCUMENT_TOKEN_TO_BE_REPLACED

Islam is a faith followed by approximately a quarter of the world’s population and comprises many diverse cultures and ethnicities. The Islamic community also has a deep connection to Manitoba, with the Mosque run by the Manitoba Islamic Association (MIA), the oldest and largest in Manitoba. Since moving to Canada END_OF_DOCUMENT_TOKEN_TO_BE_REPLACED

In ancient Greece, it was believed the Muses, Greek deities of song, dance, and memory, would give creativity, wisdom and insight to artists and thinkers.   In the modern-day, the generations of great thinkers and creators may never come to be if they are not provided with the proper resources, teaching, END_OF_DOCUMENT_TOKEN_TO_BE_REPLACED