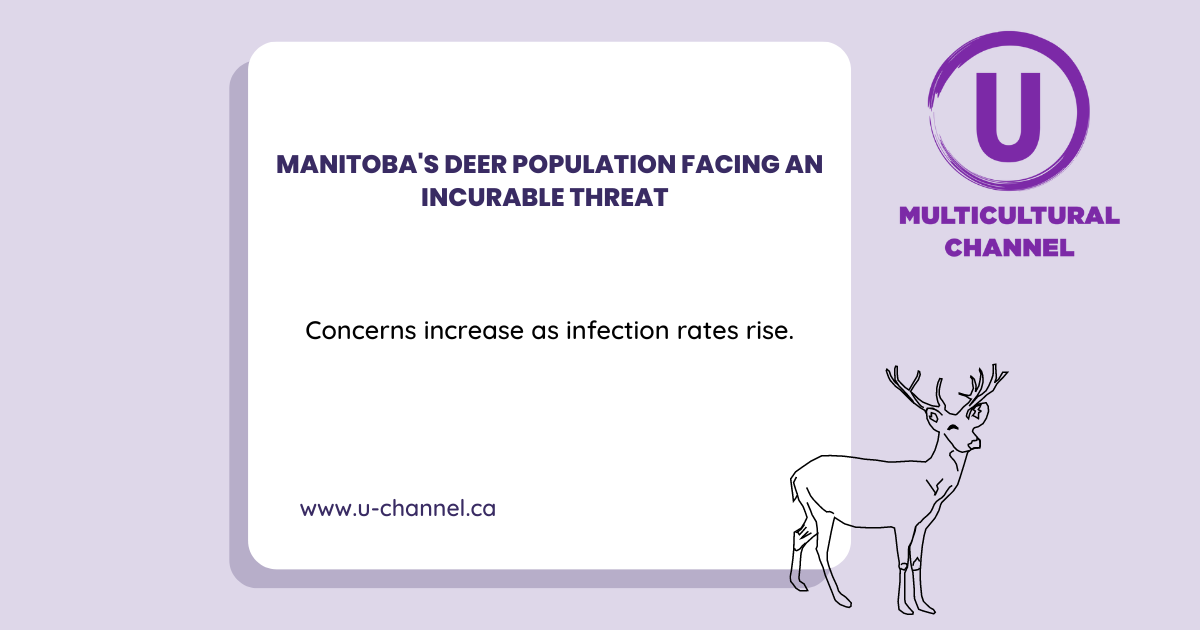 Deer are considered one of Manitoba’s most populous animals; their numbers vary from 150-160 thousand. Recently, deer have been contracting a fatal disease known as Chronic Wasting Disease (CWD), caused by “infectious proteins without associated nucleic acid.”

This disease affects mule deer, moose, white-tailed deer, red deer and reindeer, and looking at the statistics, the majority of the population of deer in Manitoba are white-tailed deers, which are at risk of developing this dangerous disease.

Manitoba hunters began reporting cases of CWD in November of 2021, with cases detected near the Manitoba-Saskatchewan border. All these cases were in mule deer.

“The good news is we got to this disease early; we found out from our early warning system that CWD does exist. We have had a surveillance program for testing this disease for a number of years now, so we have to act. We don’t want to get to a point where this disease is endemic in a wildlife population.” said Doctor Scott Zaar.

Not only deer in Manitoba have been facing this tragedy, but Alberta also recorded the highest number of chronic wasting diseases in 2019. Ecologists are worried about the overall deer population since deer in different parts of Canada are affected yearly. CWD killed more than 1158 deers in western Alberta, so would it be the same with Manitoban deers? No one’s hundred percent sure about that.

Since Chronic Wasting Disease is an incurable disease, many are worried about the deer populations in Manitoba, or generally, Canada. Maybe in the upcoming years, scientists will be able to develop a treatment of some kind to help protect deer populations, not only in Canada but worldwide.

Even though Chronic Waste Disease has never affected humans before, the government of Manitoba has advised hunters not to consume any deer meat if the deer tested positive for CWD.

The government of Manitoba has released a test project plan to give the residential streets in Winnipeg City a better look into the future. The government’s goal is to lower the speed limit from fifty kilometres per hour to forty or even thirty to make the residential areas safe and END_OF_DOCUMENT_TOKEN_TO_BE_REPLACED

This winter has been one of the most interesting winters that Manitoba has ever faced. It started with very high temperatures, which surprised and confused many Manitobans. Then a couple of storms hit the province.  The weather continued to act weirdly warm, which got some of the winter activities companies END_OF_DOCUMENT_TOKEN_TO_BE_REPLACED