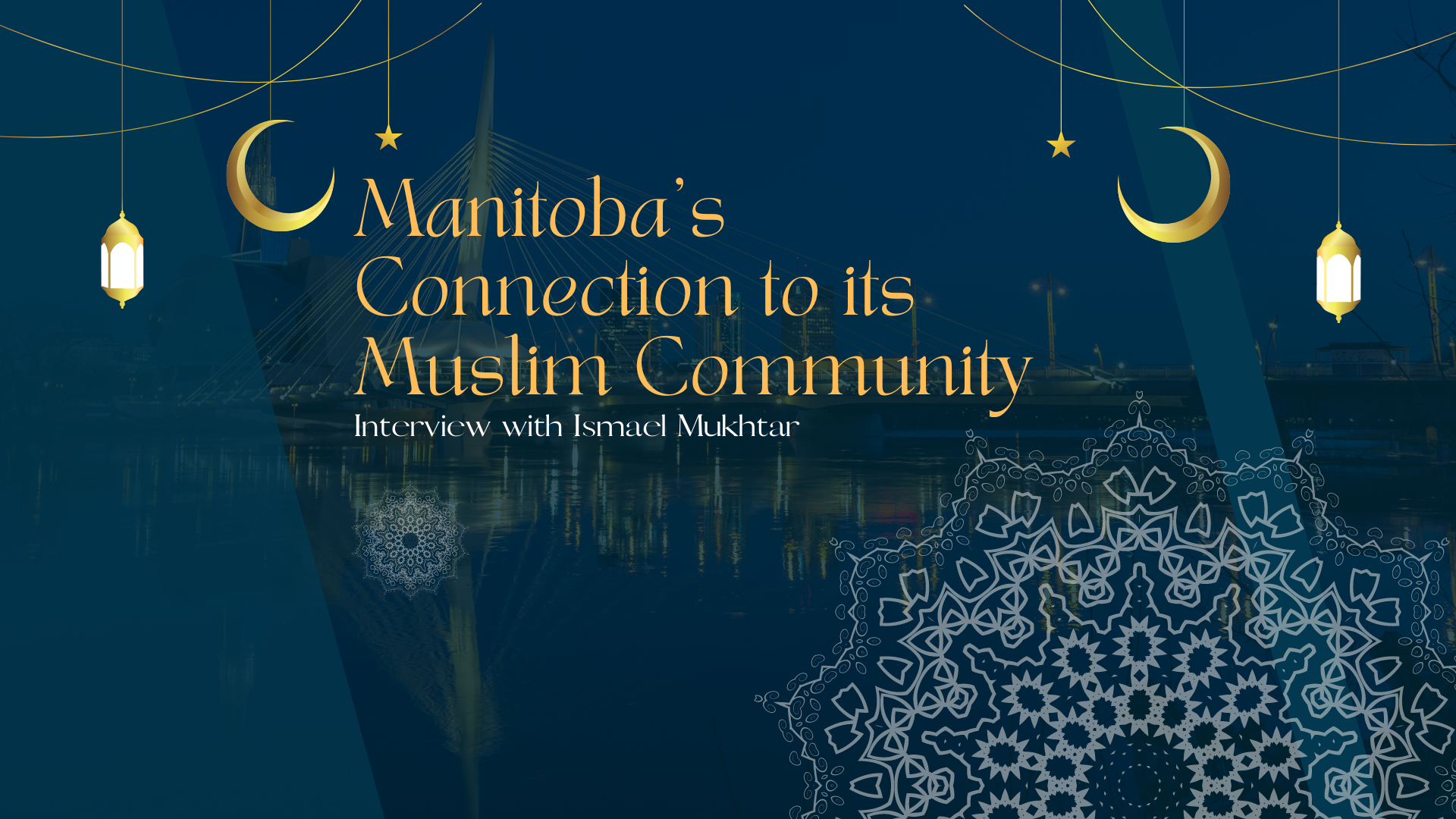 Islam is a faith followed by approximately a quarter of the world’s population and comprises many diverse cultures and ethnicities.

The Islamic community also has a deep connection to Manitoba, with the Mosque run by the Manitoba Islamic Association (MIA), the oldest and largest in Manitoba.

Since moving to Canada from Eritrea, Ismael Mukhtar has been heavily involved in the Muslim community in Winnipeg, joining MIA when he first moved, having functions as the President for some years, and currently the Editor and Chief of the Manitoba Muslim Magazine. He is now a published author with his book, Manitoba Muslims: A History of Resiliency and Growth. This was no easy task, as an endeavour of this kind had not been attempted before in Manitoba.

“It was very challenging,” says Mukhtar. “This was the first attempt to document Muslims in the province. For the first time, it was very hit or miss. I had to dig through the archives and the Winnipeg Free Press, Brandon Sun, all the newspapers of the day. It was challenging but also an amazing experience.”

The book discusses the life of Muslims in Manitoba as far back as the early 1900s when groups of Muslims first started immigrating to the province and the challenges those early immigrants faced. Mukhtar covers the language barrier they faced in searching for jobs and integration, the successful businesses they established locally, the large families, and their stories. The book continues to the larger immigrant waves in the 1960s, the formation of the Manitoba Islamic Association, and the first Mosque in Manitoba built-in 1976.

“I came to learn many things I wasn’t aware of,” says Mukhtar. “Those early Muslims from the early 1900s, their history was practically forgotten, and not many people knew about it. After doing so much research in the archives, I found eye-opening things for me. I found an active and well-established community, where not much was known about.”

As one of the practiced religions in the world, Islam comprises a vast diversity of cultures and nationalities with about 50 countries where the majority of the population is Muslim. According to Statistics Canada, as of 2017, slightly over 1 million individuals identified themselves as Muslim, representing 3.2% of the nation’s total population. Manitoba is home to an estimated 20,000 Muslims.

Although Muslims are prominent worldwide, Islamophobia continues to be a problem in the west, with the issue growing over social media platforms throughout this ongoing pandemic. Organizations such as the MIA and days of recognition like Islamic Heritage Month are essential in battling misinformation and hatred. During this month, the MIA would typically hold physical and in-person activities. However, COVID-19 restrictions meant they had to do things a little differently, says Mukhtar.

“The whole point of this month is to share our historical heritage, to create better awareness of the contribution of Muslims, and create a more inclusive understanding. The more people know each other, the more they will appreciate and respect one another.”

Mukhtar adds that Manitobans have been very friendly and understanding towards Muslim communities. However, some still have fears about Islam, with an instance where the Mosque was vandalized. Although there are still challenges, Mukhtar says there is an overall positive relationship between Manitoba’s Muslims and the Manitoban community as a whole, well connected and active in every walk of life.

Canada’s winters can be unpredictable. Here in Manitoba, one day, we can have lovely warm sun. The next, it can be blistering cold. Even those who have lived here their whole lives can get caught off-guard. One joke often used is that everyone forgets how to drive on the year’s END_OF_DOCUMENT_TOKEN_TO_BE_REPLACED

There’s been a bit of a road bump for one of Winnipeg’s North-End Community organizations as they look for a new facility. Luckily, there are opportunities to rent while they search, a testament to the unity found within the community. Founded in 1999 by a group of women who came END_OF_DOCUMENT_TOKEN_TO_BE_REPLACED

The end of the year is a busy time. From October to January, there are many observed festivities. Diwali, Dio De Los Muertos, Hanukkah, Christmas, Ōmisoka, and Kwanzaa. Established in the 1960s, Kwanzaa found its way to Canada in the 1990s. Thanks to the Canadian Kwanzaa Association, 2019 was the END_OF_DOCUMENT_TOKEN_TO_BE_REPLACED

Volunteering has many beneficial purposes, helping develop your skills, enhance your resume, build connections and help support your community.  There are plenty of opportunities for students through school, youth groups, student initiatives, or community ventures. When you’re retired, your history in the community and having more availability can make it END_OF_DOCUMENT_TOKEN_TO_BE_REPLACED

Islam is a faith followed by approximately a quarter of the world’s population and comprises many diverse cultures and ethnicities. The Islamic community also has a deep connection to Manitoba, with the Mosque run by the Manitoba Islamic Association (MIA), the oldest and largest in Manitoba. Since moving to Canada END_OF_DOCUMENT_TOKEN_TO_BE_REPLACED

In ancient Greece, it was believed the Muses, Greek deities of song, dance, and memory, would give creativity, wisdom and insight to artists and thinkers.   In the modern-day, the generations of great thinkers and creators may never come to be if they are not provided with the proper resources, teaching, END_OF_DOCUMENT_TOKEN_TO_BE_REPLACED