Manitoba is Thinking of Adapting a Permanent Daylight Saving Time 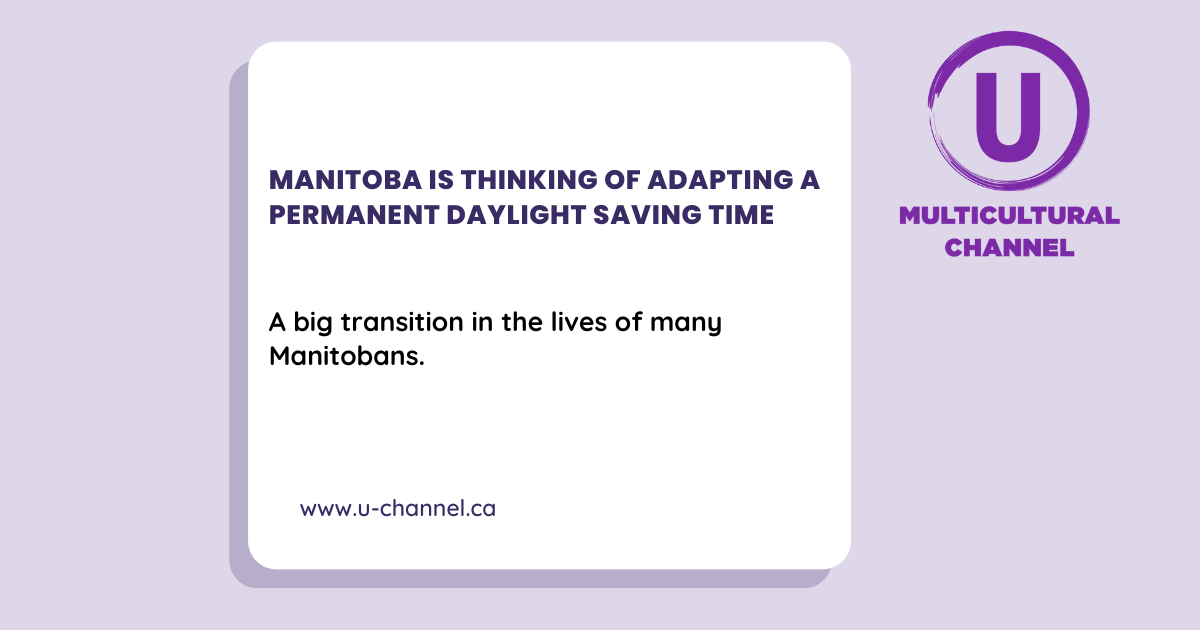 The Manitoba government is bringing up an Act that has been around for a couple of times now and is quite essential to Manitobans in terms of business and so on. After the United States has been considering a shift to permanent daylight saving time, other provinces like Ontario and British Columbia are also preparing to make this shift.

Manitoba has been engaging with this idea for a reasonable amount of time; the government will be taking the opinions of Manitobans and stakeholders to gather information on the feedback people will have on this decision. This decision is crucial to businesses, considering that Manitoba and Canada are trading partners with the United States.

Furthermore, Eileen Clarke, Minister of  Municipal Relations, commented regarding this matter, saying, “The Official Time Amendment Act would allow our province to maintain a consistent time zone approach with the United States if they also adopt year-round observance of daylight saving time. Maintaining a consistent time zone approach with our neighbours would ease business relations, trade, transportation of goods and travel.”

The government statement adds this topic has taken the liking of many Manitobans but has been disliked by other Manitobans; that’s why the government is going to ask for engagement from Manitobans regarding this matter to “help identify potential supports that could be implemented to facilitate a smoother transition.”

If this Act comes into action, it will be a big transition in the lives of many Manitobans, so everyone should be expecting more news regarding this topic in the upcoming months.

The holiday season is approaching, winter is getting more serious, and many struggling Manitobans are trying to have good wintertime. Harvest Manitoba has reported that the number of Manitobans with food insecurity has grown recently. According to the data collected by Harvest Manitoba, food bank usage has doubled since 2019. END_OF_DOCUMENT_TOKEN_TO_BE_REPLACED

https://youtu.be/wQhEjmKNpTY It can sometimes feel disheartening to hear what’s happening worldwide. When it comes to politics, things are more divisive than ever. On November 24, Winnipeggers stood together to make a difference, marching for the Take Back the Night (TBTN) movement.  The first ever Take Back The Night event was END_OF_DOCUMENT_TOKEN_TO_BE_REPLACED

After long years of debates, discussions, and delays, the government of Canada released a new bill called C-7 in 2021. Bill C-7 has legalized assisted death for patients with incurable diseases or patients with irreversible comas. The Bill contained very detailed rules, but this Bill has some things that are END_OF_DOCUMENT_TOKEN_TO_BE_REPLACED