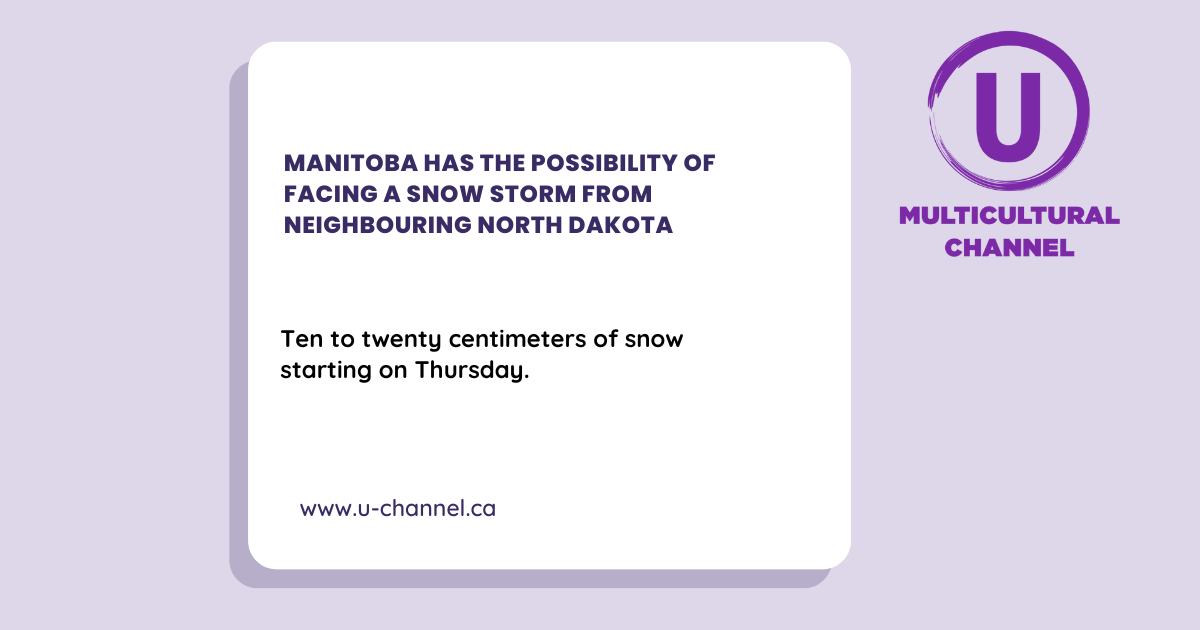 Weather forecasts in North Dakota predict a harsh snowstorm that will hit the state, possibly starting with freezing rain on Wednesday and eventually turning into heavy snowfall on Thursday.

Moreover, the storm is predicted to be heavy and will make daily transportation much harder. The storm is expected to result in the fall of approximately thirty to sixty centimetres of snow, and the wind will probably be coming from the north at forty-five kilometres per hour.

The storm will be pretty harsh on North Dakota, so Manitoba’s weather forecasts are trying to predict if the storm will affect Winnipeg or Brandon in any way so they can warn people to take the necessary precautions.

“Currently, it looks like it’s just going to clip southeastern Manitoba. Ontario is going to be the province that bears the brunt of it but looking like Steinbach, and the Whiteshell area could certainly see some snow,” said Shannon Moody, a Meteorologist with Environment Canada.

The predictions say that Manitoba won’t get away from the storm without getting some snowfall. Therefore, Winnipeg is expected to have from ten to twenty centimetres of snow starting Thursday.

“It’s still a way out; like we’re looking at this starting Thursday afternoon into Friday,” she adds,” mentions Shannon Moody. Winnipeggers should be ready for some heavy snowfall on Thursday and probably Friday.

The holiday season is approaching, winter is getting more serious, and many struggling Manitobans are trying to have good wintertime. Harvest Manitoba has reported that the number of Manitobans with food insecurity has grown recently. According to the data collected by Harvest Manitoba, food bank usage has doubled since 2019. END_OF_DOCUMENT_TOKEN_TO_BE_REPLACED

https://youtu.be/wQhEjmKNpTY It can sometimes feel disheartening to hear what’s happening worldwide. When it comes to politics, things are more divisive than ever. On November 24, Winnipeggers stood together to make a difference, marching for the Take Back the Night (TBTN) movement.  The first ever Take Back The Night event was END_OF_DOCUMENT_TOKEN_TO_BE_REPLACED

After long years of debates, discussions, and delays, the government of Canada released a new bill called C-7 in 2021. Bill C-7 has legalized assisted death for patients with incurable diseases or patients with irreversible comas. The Bill contained very detailed rules, but this Bill has some things that are END_OF_DOCUMENT_TOKEN_TO_BE_REPLACED