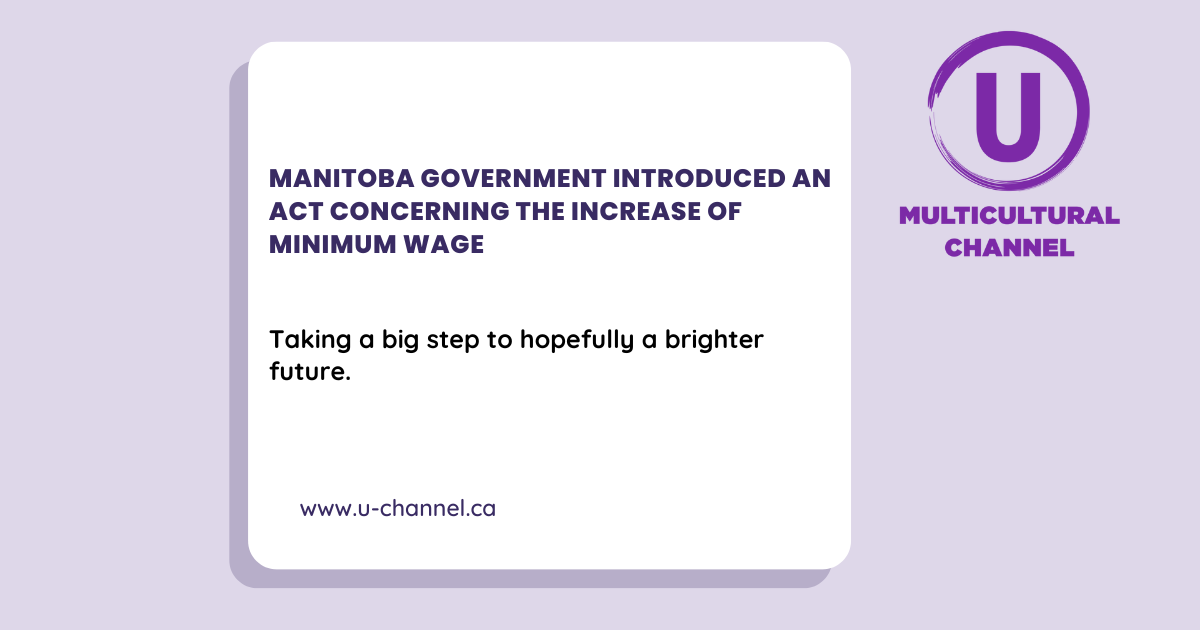 Moreover, many economics and statistics have predicted that the increase in minimum wage will increase inflation even more, “According to economism, a pair of supply and demand curves proves that a minimum wage increases unemployment and hurts exactly the low-wage workers it is supposed to help.” said Alfred Mill, author of Personal Finance 101, Economics 101, and Social Security 101, in his book Economics 101 “…the increase in the minimum wage has no effect..in the end, the policy meant to help the poor helped those who maintained their jobs.”

Furthermore, Reg Helwer, Labour Minister of Manitoba, said in the news release that “This increase to the minimum wage would assist lower-income Manitobans in dealing with the current economic realities as appropriate and necessary; we will continue to tie the wage to economic indicators, and in this way maintain purchasing power, stability and predictability for employers.” he also mentioned “This phased-in approach to raising the minimum wage would help relieve some of the economic pressures on Manitoba workers while lessening the impact on small businesses bottom lines as much as possible,”

Manitobans should hope for the best and foresee an improvement in Manitobans’ financial stability and Manitoba’s economy. After observing the “Consumer Price Index (CPI)” and many other essential details, the government made this decision and released the Bill. Manitoba is entering a new phase and is taking a big step to hopefully a brighter future.

The holiday season is approaching, winter is getting more serious, and many struggling Manitobans are trying to have good wintertime. Harvest Manitoba has reported that the number of Manitobans with food insecurity has grown recently. According to the data collected by Harvest Manitoba, food bank usage has doubled since 2019. END_OF_DOCUMENT_TOKEN_TO_BE_REPLACED

https://youtu.be/wQhEjmKNpTY It can sometimes feel disheartening to hear what’s happening worldwide. When it comes to politics, things are more divisive than ever. On November 24, Winnipeggers stood together to make a difference, marching for the Take Back the Night (TBTN) movement.  The first ever Take Back The Night event was END_OF_DOCUMENT_TOKEN_TO_BE_REPLACED

After long years of debates, discussions, and delays, the government of Canada released a new bill called C-7 in 2021. Bill C-7 has legalized assisted death for patients with incurable diseases or patients with irreversible comas. The Bill contained very detailed rules, but this Bill has some things that are END_OF_DOCUMENT_TOKEN_TO_BE_REPLACED