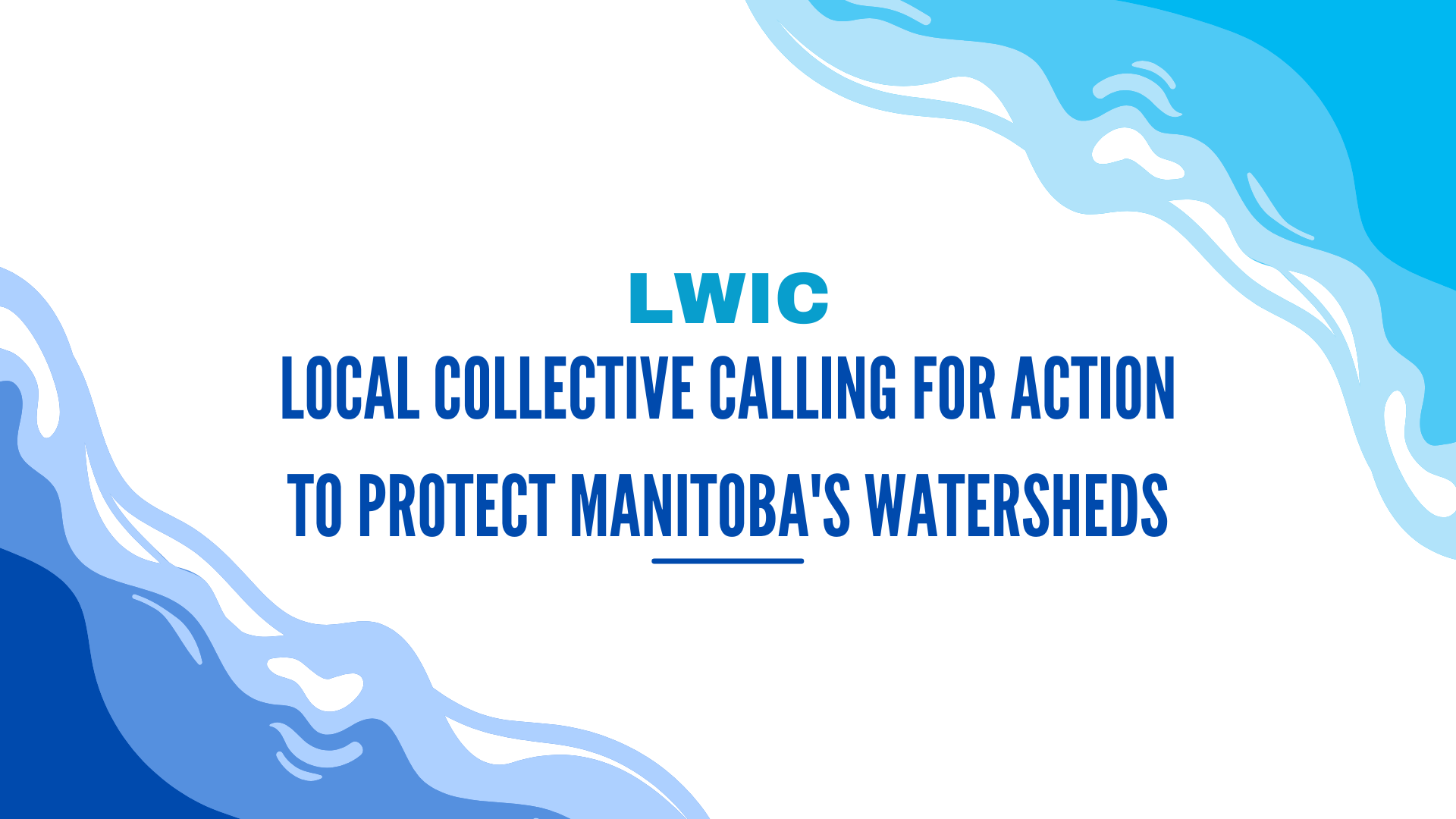 Canada has 7% of the world’s renewable freshwater. Although humans never destroy water, freshwater sources can be contaminated by chemicals or are currently unavailable due to the water cycle. The amount that is of a certain quality and supply is what is known as renewable.

With the continued development of our wild areas and human-caused climate change, the state of this renewable freshwater supply is in a precarious situation, and we need to be vigilant. According to all scientific evidence, we will have to make some dramatic changes in the coming years to ease the impact of the imminent climate emergency. Scientific approaches are important, but we can also learn a lot from elders and knowledge keepers of First Nations, Inuit, and Metis communities.
That’s where the Lake Winnipeg Indigenous Collective (LWIC) comes in.

Daniel Gladu Kanu is an Anishinaabe, Irish and Métis man from Animakee Wa Zhing and Director at LWIC. He says the Collective, which comprises a committee of First Nations around Lake Winnipeg, Fisher River, Sagkeeng, Grand Rapids, and Pinaymootang, came together after seeing the rapid decline of the lake but not having a voice in its protection or conservation.

“Year after year, saw failures of the provincial and federal governments and surrounding municipalities who didn’t seem to take that responsibility seriously,” says Kanu. “It’s something many of our Elders have counselled us to step up because the water connects us to life and all the other plants and animals.”

For those who live here and newcomers alike, one thing you notice is that Manitoba is full of water. Lakes, ponds, rivers, wetlands, and where water meets land are vital to Manitoba’s health, and if these waters aren’t cared for, we begin to see serious problems arise. Excess phosphorus that seeps into lakes in rivers causes outbreaks of algae blooms. When these blooms die, they are decomposed by bacteria which can remove oxygen from the water, occasionally killing fish. Algae blooms can also make areas unfit for recreation. Invasive aquatic species such as zebra mussels are another issue for Manitoba’s waterways. Kanu states a major threat we face, and Manitobans have witnessed it this spring, is flooding.

“One of the problems is water too quickly drained from farmlands in the prairies, which has led to more severe and more intense flooding. When you add climate change to that, it gets worse and worse. Unfortunately for First Nations, we are put in the pathway of that. We’re at the bottom of most rivers where many of our communities are located, and we suffer greatly because of that.”

However, we don’t have to wait around for climate events, and we can take meaningful action to ensure our ecosystems remain by looking at what these areas used to look.

“One of the first things we did before the Collective even started was looking at how we could identify species coming in. At the time, zebra mussels weren’t in the watershed, and we were pushing to have some action from the border patrol, Canada Border Services, or the Department of Fisheries, but they didn’t put effort into it, so that’s why we’re seeing invasive species like zebra mussels and there is potential for others,” says Kanu.

More recently, in partnership with the Lake Winnipeg Foundation, the Collective released 13 immediate actions the federal government could take to protect Lake Winnipeg. These range from recognizing phosphorus to using evidence to support local Indigenous populations in protecting lakes and waters. According to Kanu, the government is falling behind.

“A year after we presented that, we looked back to see what has changed. Many of these actions were already committed to by governments, laws were in place, and funding was often in place in these cases. But we still saw very little movement. At one point, we had seen some big promises from the Liberal government during the elections that they would increase freshwater funding. Then they didn’t.”

Kanu adds that the federal government has committed to the United Nations Declaration on the Rights of Indigenous Peoples, which means governments will need to change how they do business.

“The federal government is stuck on old ways and habits. They’re still taking First Nations to court over issues they will certainly lose. Costing taxpayers money and everyone’s time.”

Kanu encourages everyone to reach out and learn more about their Indigenous neighbours to move forward individually. There are events, books, and plenty of opportunities to connect. But when it comes to radical systemic changes toward protecting the environment, Kanu says we must work together and demand action from our elected officials.

“Make a phone call, write a letter, and let them know you are concerned about the state of the environment and the types of decisions being made.”

The government of Manitoba has released a test project plan to give the residential streets in Winnipeg City a better look into the future. The government’s goal is to lower the speed limit from fifty kilometres per hour to forty or even thirty to make the residential areas safe and END_OF_DOCUMENT_TOKEN_TO_BE_REPLACED

This winter has been one of the most interesting winters that Manitoba has ever faced. It started with very high temperatures, which surprised and confused many Manitobans. Then a couple of storms hit the province.  The weather continued to act weirdly warm, which got some of the winter activities companies END_OF_DOCUMENT_TOKEN_TO_BE_REPLACED