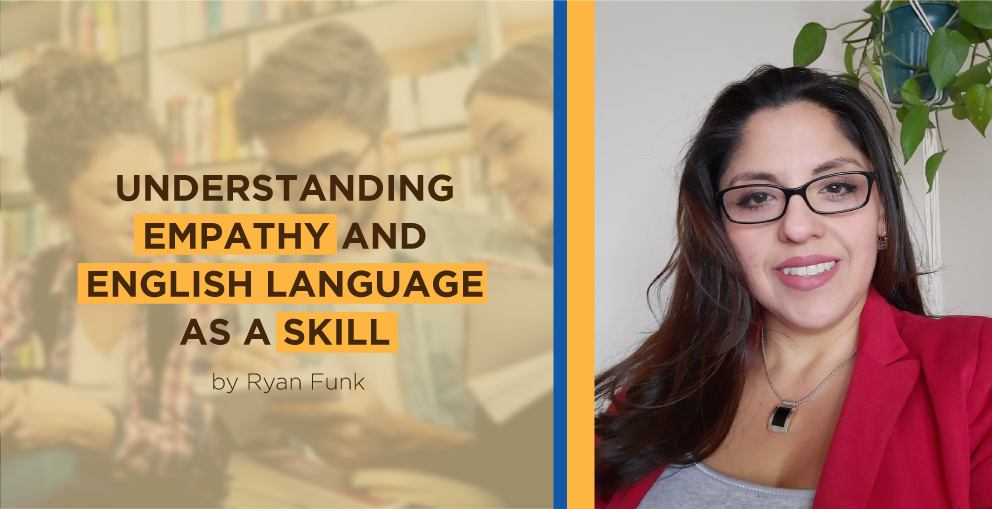 An educator’s work is not for everyone, but sometimes your path in life brings you to it, even if the course was occasionally uncertain.

Laura Castillo’s is such a story.

Laura is a Language Specialist and has worked as an EAL/ESL Teacher and instructor at several institutions in the Manitoba education system, and an Educator at an online school she created, Bridges English Language School. With her resume, many would say Laura was born to be an educator, but for a time, she was uncertain of where her path would lead her.

Laura was born in Winnipeg to political refugees fleeing the dictatorship in Chile. Laura’s family would move back to their home country once the political situation had calmed down. She was twelve at the time. Laura would spend her teenage years in Chile, moving back eight and a half years later. While in Chile, the beginnings of insight into becoming an educator began to sprout. However, those who taught her did not nurture her desire.

“When I was in high school, I thought being a teacher was so cool. I remember mentioning to one of the teachers I wanted to be one as well. She looked at me and said, ‘you’re stupid, why would you want to be a teacher?’ I didn’t know what to do, and I was stunned. Was I really on the wrong path?”

With her dream shattered, Laura would pursue careers other than as an educator. Laura would take one year of law in the northern region of Chile. However, due to financial difficulties, she had to drop out. Moving back to Canada, with a baby on the way,  Laura was in urgent need of employment and felt nursing would be a good fit. During her first rounds at a hospital, she was in the geriatric ward.

“The grandparents in there were so cute, so adorable. But I also saw many things that were [emotionally] painful, as it can be often sad when you see people get to that age. Everything was okay, but I wasn’t happy.”

During her role as a nurse, Laura would volunteer her time at the University of Manitoba in the Spanish department as a Teacher’s Assistant. Realizing education was her true calling, Laura was dedicated to achieving her Bachelor of Education, her teachable Spanish and history subjects. She also took course credits in English Assisted Learning and received certification.

It wasn’t easy to find employment after graduation. Laura would feel incredibly disheartened when high schools would hire for EAL courses and classes, but the teachers weren’t certified or trained for but were chosen because they had spent some time teaching in China or Japan.

Determined to continue teaching, Laura ended up at a Hutterite colony, teaching multi-level EAL/ESL to about 16 children.  Working at a Hutterite colony was a culture shock, to say the least, and was a fantastic learning experience to help Laura hone her skills at handling cultural and language barriers.

“We need to be tolerant, patient and open-minded because sometimes what is common sense for us is not common sense for others. So something as simple as,  and this is just a random example. Um, you know something as simple as taking your shoes off when you go into someone’s home? Well, for us, that’s common sense. It’s not something we necessarily talk about, but it is just a ridiculous thing for others. Why would you take your shoes off? You also have to be a bit more careful when people start to talk about religion and politics, and sexuality. Those areas are a little bit more controversial. But over the years, I’ve learned that, um, bringing up those topics in the classroom, as long as it’s done with respect and tactfully, it’s a good thing because it gets the conversation going. It starts to create an atmosphere of trust and of understanding that we do need to be tolerant. We need to accept other people’s beliefs and values and the experiences they’re bringing into a classroom or even a friendly relationship.”

Through her experiences, Laura’s journey has helped cultivate her into an understanding and passionate teacher. That passion has developed and inspired her to create Bridges, which provides English language classes to new Canadians, Canadian citizens, and those looking to move here. Bridges cater to the needs of people who need flexibility because of their busy schedules and personal responsibilities.

The government of Manitoba has released a test project plan to give the residential streets in Winnipeg City a better look into the future. The government’s goal is to lower the speed limit from fifty kilometres per hour to forty or even thirty to make the residential areas safe and END_OF_DOCUMENT_TOKEN_TO_BE_REPLACED

This winter has been one of the most interesting winters that Manitoba has ever faced. It started with very high temperatures, which surprised and confused many Manitobans. Then a couple of storms hit the province.  The weather continued to act weirdly warm, which got some of the winter activities companies END_OF_DOCUMENT_TOKEN_TO_BE_REPLACED