History of Jewish Culture in Winnipeg and Manitoba 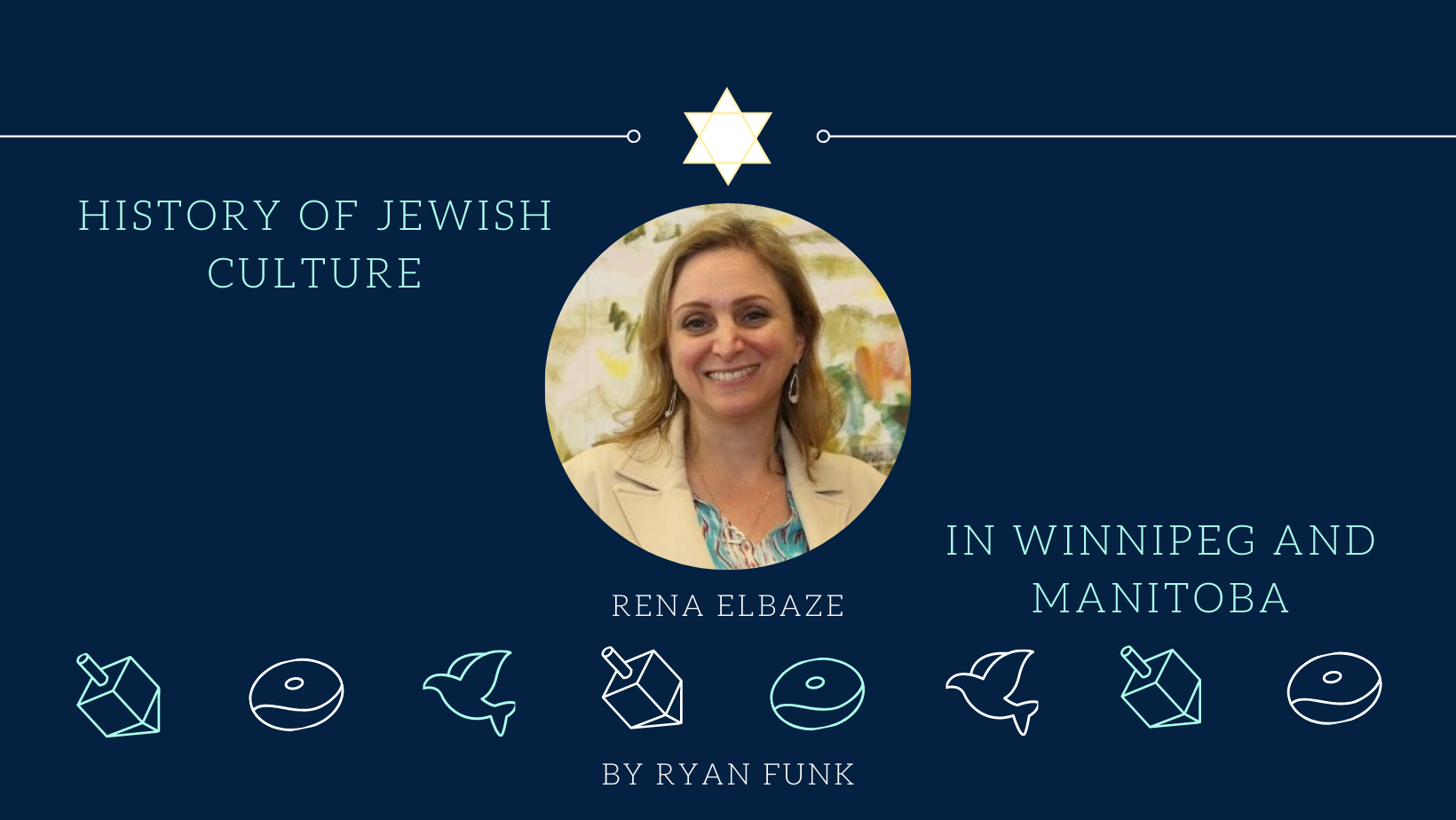 Immigrants founded modern Canada. On the prairies, people of all backgrounds and cultures searched for a new life and cultivated the land.

One of the many groups was the Jewish community, calling Manitoba and Winnipeg home since the mid-1870s. An example of the Jewish people’s connection to the area is Winnipeg’s largest synagogue, Congregation Shaarey Zedek, which celebrated its 130th anniversary in 2020.

Rena Sector Elbaze is the Director of Engagement and Education at Congregation Shaarey Zedek.  Her role is to connect and inform people about Jewish culture and history.

With Alexander II’s assassination, “Czar of all the Russias,” in St. Petersburg, in March 1881, the government sought a scapegoat, and the population turned against the Jewish communities living there.

“After the death of the czar, there was a massive influx of [Jewish] immigrants for Eastern Europe, 100,000 that came over to Canada, fleeing persecution. Of that, 10,000 moved to Manitoba. They were poor, and many were peddlers shopkeepers, and they started a community in Winnipeg. About 85 percent lived in the north end. They got an education, learned the language and created what they called “a goldene medina,” a land of opportunity.”

Rena says around the 1960s, the Jewish population in Manitoba was approximately 18,000. As it continued to become upwardly mobile, people attended colleges and universities elsewhere, and the number of Jewish communities in Manitoba started to decline.

In the early 2000s, the Jewish Federation of Winnipeg, an organization responsible for looking out for the Jewish community and its future, determined something needed to be done to breathe new life into the ageing population. The group began to recruit actively, says Rena.

“In Argentina, there had been several terrorist attacks. People were frightened, and I think there was also a financial crisis. We sent a mission to South America, and people started to immigrate to Winnipeg. Since then, there have been people from all over the world. Brazil, Turkey, a variety of different communities, and we’re back up to about 16,000 people, and it is very vibrant.”

An essential aspect of the Jewish teaching is their perspective of peace. The Torah is compared to a tree of life, and each branch is a path of peace. According to Rena, they’re always trying to reach out to others to provide assistance and support. Those teachings help inspire the Jewish community to participate in philanthropic work, giving back and helping their own. But as Canadians, they also help the general society through various social initiatives. This is a concept called Tikkun Olam, Repairing the World.

“One of the projects we’ve been doing at Shaarey Zedek for the past 20 years is serving a Christmas lunch at Broadway Ministries,” says Rena. “We have around 40 volunteers, and we coordinate and serve the food for those who are less fortunate. Especially on that day when people celebrate Christmas with their family, and we’re available to help, it’s something significant to us.”

With the COVID restrictions this past Christmas, Shaarey Zedek collected food gift cards with West Broadway, distributing them to those in need.

For those interested in learning more about Winnipeg’s local Jewish community and the Jewish faith as a whole, Rena creates educational programming for adults. She also facilitates connections between the Rabbis and professionals within the synagog to provide classes. She says the classes are open to anyone, with her current online Hebrew classes having individuals taking part from across the globe.

Canada’s winters can be unpredictable. Here in Manitoba, one day, we can have lovely warm sun. The next, it can be blistering cold. Even those who have lived here their whole lives can get caught off-guard. One joke often used is that everyone forgets how to drive on the year’s END_OF_DOCUMENT_TOKEN_TO_BE_REPLACED

There’s been a bit of a road bump for one of Winnipeg’s North-End Community organizations as they look for a new facility. Luckily, there are opportunities to rent while they search, a testament to the unity found within the community. Founded in 1999 by a group of women who came END_OF_DOCUMENT_TOKEN_TO_BE_REPLACED

The end of the year is a busy time. From October to January, there are many observed festivities. Diwali, Dio De Los Muertos, Hanukkah, Christmas, Ōmisoka, and Kwanzaa. Established in the 1960s, Kwanzaa found its way to Canada in the 1990s. Thanks to the Canadian Kwanzaa Association, 2019 was the END_OF_DOCUMENT_TOKEN_TO_BE_REPLACED

Volunteering has many beneficial purposes, helping develop your skills, enhance your resume, build connections and help support your community.  There are plenty of opportunities for students through school, youth groups, student initiatives, or community ventures. When you’re retired, your history in the community and having more availability can make it END_OF_DOCUMENT_TOKEN_TO_BE_REPLACED

Islam is a faith followed by approximately a quarter of the world’s population and comprises many diverse cultures and ethnicities. The Islamic community also has a deep connection to Manitoba, with the Mosque run by the Manitoba Islamic Association (MIA), the oldest and largest in Manitoba. Since moving to Canada END_OF_DOCUMENT_TOKEN_TO_BE_REPLACED

In ancient Greece, it was believed the Muses, Greek deities of song, dance, and memory, would give creativity, wisdom and insight to artists and thinkers.   In the modern-day, the generations of great thinkers and creators may never come to be if they are not provided with the proper resources, teaching, END_OF_DOCUMENT_TOKEN_TO_BE_REPLACED