Heavy Snowfalls Are Making Many Schools Across Manitoba Shutdown 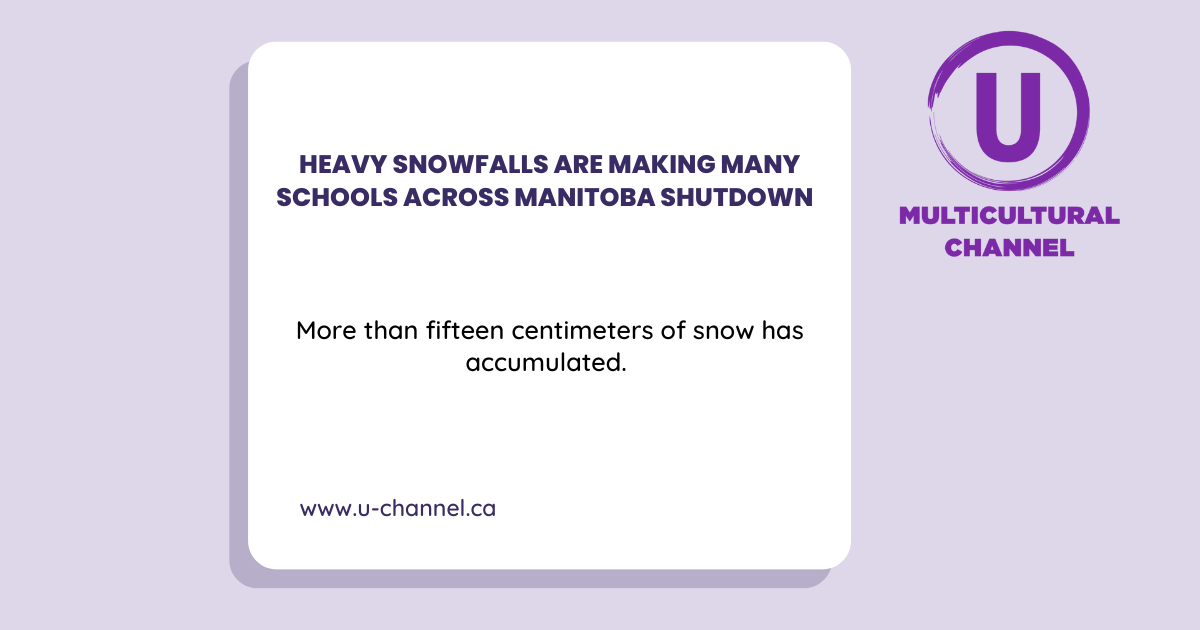 Snowfalls are common in Manitoba during the winter. However, sometimes heavy storms can cause a mess of things.

Heavy snowfall started hitting southern Manitoba on Wednesday, Dec. 14, 2022. In the beginning, it wasn’t affecting the overall daily lives of the citizens, but as snowfall continued through Thursday and Friday morning, it began to accumulate on streets and sidewalks. The snowfall got harsher as the wind began to carry even more snow onto the highways, making it difficult for cars to pass through.

This eventually led to highway closures due to poor driving conditions, icy roads and poor visibility. Some school divisions across southern Manitoba, like Fort La Bosse School Division and the Rolling River School Division, have shut down due to the enormous amounts of snow that are present. Moreover, school buses have been cancelled in many schools.

The heavy fall is believed to have left more than fifteen centimetres of snow and a range from twenty to thirty centimetres of accumulated snow in the southern areas. What is very distressing is the fact that this weekend, the weather will fall back to chilly temperatures as high as negative seven and as low as negative twenty-three.

“Winter is actually starting, and all of this snow, I feel like it’s some kind of a comeback after everyone was talking about how this winter is very ordinary and not that bad….hopefully, future snowfalls won’t be worse than this one.” commented a Manitoban when asked about her opinion on this topic.

The government of Manitoba has released a test project plan to give the residential streets in Winnipeg City a better look into the future. The government’s goal is to lower the speed limit from fifty kilometres per hour to forty or even thirty to make the residential areas safe and END_OF_DOCUMENT_TOKEN_TO_BE_REPLACED

This winter has been one of the most interesting winters that Manitoba has ever faced. It started with very high temperatures, which surprised and confused many Manitobans. Then a couple of storms hit the province.  The weather continued to act weirdly warm, which got some of the winter activities companies END_OF_DOCUMENT_TOKEN_TO_BE_REPLACED