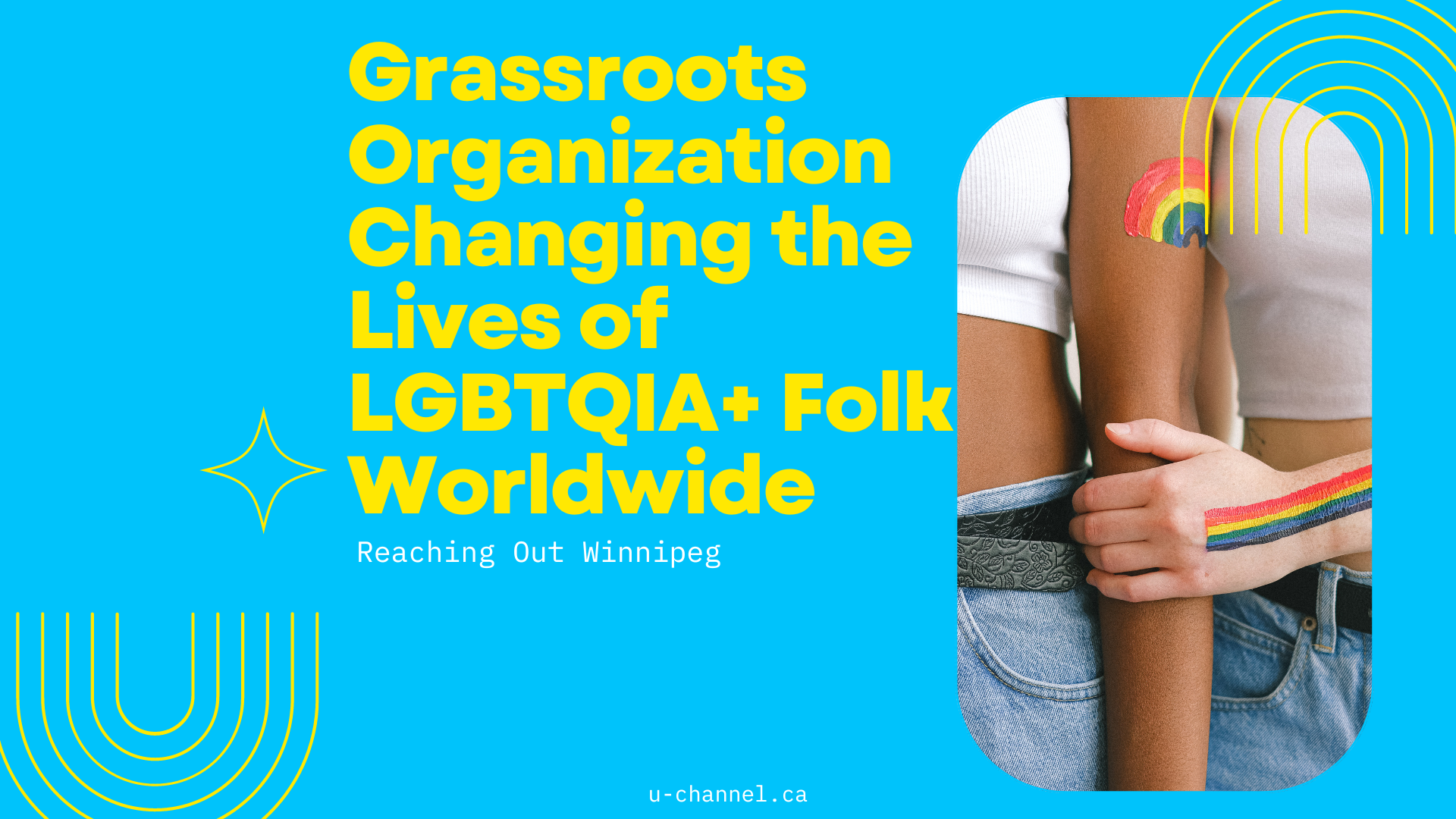 In some countries, being queer can be a death sentence. Seventy countries have jurisdictions that criminalize private, consensual, same-sex sexual activity. In eight countries, LGBTQ+ individuals face the death penalty.

Reaching Out Winnipeg (ROW) is changing the lives of sexual orientation/gender identity minority (SOGI) asylum refugees. This group of passionate individuals helps these individuals from around the world to create new lives in Winnipeg.

Robert, a volunteer, board director,  and the lead in community engagement and fundraising says ROW is life-changing and life-saving.

“These individuals have gone through a lot in their years living who they are—hiding for the most part in the countries where they’re from. It’s a year to get them settled and to find a place to live. Maybe some secondary education if it relates to English as a second language and getting them a job.”

Once that refugee arrives, the financial support comes to around $20 thousand for settlement, not sponsorship purposes. Robert explains that sponsorship is going through the arduous process of identifying a refugee and the steps needed when going through the federal government. ROW gets to work when they arrive, helping in the settlement process for an entire year. That’s where the dollars being raised go.

“We tend to go to the federal government so we can help more people.”

For over a decade now, ROW has helped over a dozen LGBTQ+ refugees start a new life, with two in the process as of mid-2022. ROW had been in the process of helping this couple for almost two years, extended due to the difficulties associated with the COVID-19 pandemic. When a refugee has been approved, Robert says they could receive an email, and the people could arrive within two weeks. That’s go time for the settlement team to jump into action finding accommodations and starting the process of all the other services ROW taps into with the Immigrant and NEEDS Centre.

But that settlement process goes beyond housing, finding a job, and English services. ROW assists in helping these refugees integrate into Canadian life.

“Everything from getting a bus pass, how to ride a bus, to a library card, or trying to find a circle of friends. We have a volunteer who’s a therapist, and quite often, there are mental health needs and finding that job. It’s everything, really,” says Robert. “It’s going out, how to go grocery shopping; these individuals are unfamiliar with North American grocery stores. It’s really everything.”

With how significant of a difference it can make for those supported by the program, it takes significant moving parts and finances to make that changes possible. Fundraising is a crucial component of ROW, as the organization supports the landed refugees when they arrive in Winnipeg. There are several fundraising streams ROW looks at, including individual and corporate donations. Even small contributions can go a long way, says Robert.

“All our fundraising allows us to support an asylum seeker. $20 buys groceries for a week for one of our asylum seekers. $50 will get them what we need in Winnipeg a toque, scarf, warm mitts, and socks. $100 buys them a monthly bus pass, which is very important for an individual.”

If someone or a business is interested in supporting ROW through financial support or volunteering your time, you can contact them at reachingoutwinnipeg@gmail.com, or visit their website https://reachingoutwinnipeg.org/

The government of Manitoba has released a test project plan to give the residential streets in Winnipeg City a better look into the future. The government’s goal is to lower the speed limit from fifty kilometres per hour to forty or even thirty to make the residential areas safe and END_OF_DOCUMENT_TOKEN_TO_BE_REPLACED

This winter has been one of the most interesting winters that Manitoba has ever faced. It started with very high temperatures, which surprised and confused many Manitobans. Then a couple of storms hit the province.  The weather continued to act weirdly warm, which got some of the winter activities companies END_OF_DOCUMENT_TOKEN_TO_BE_REPLACED