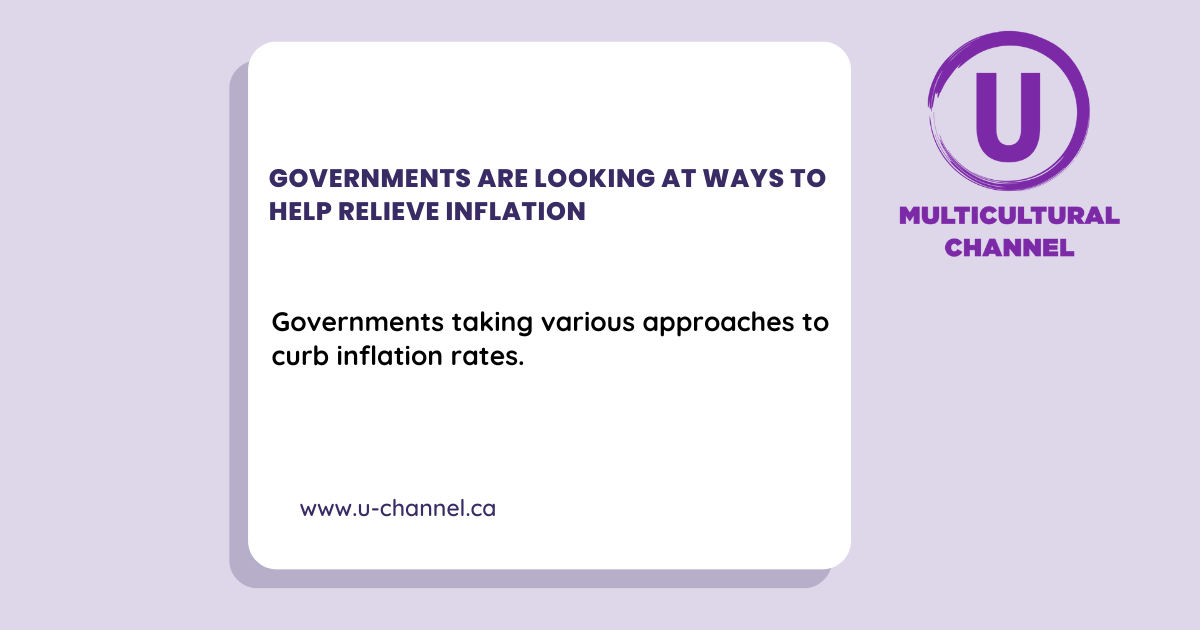 Inflation rates in Canada have been on the rise since the beginning of the summer of June 2022, and many Canadians have been struggling with food and gas prices. Some have begun to lose jobs, and many face financial difficulties.

The inflation rate keeps increasing, and there are no signs that it will go down soon. The federal government has started to look at ways to soften the harsh inflation blow on Canadians’ finances. Some specific measures have been taken for low-income individuals. For example, the government is doubling the GST rebate as a temporary measurement.

Provincial governments have started taking measures for their provinces to help the citizens relieve some of the financial stress caused by inflation. The province of Manitoba has raised the minimum wage in the hopes of assisting low-income citizens and improving the coping of citizens with inflation. “This wage increase will provide much-needed support to hard-working Manitobans who have been burdened by soaring cost-of-living increases,” said Minister Reg Helwer.

On the other hand, Alberta has released a new inflation relief measure. Alberta is building a plan to help its citizens through these times. “Too many moms and dads are having to choose between nutritious food for their children and making their rising mortgage payments. Many seniors are choosing between filling their needed prescriptions and fuel for their vehicles; as a province, we can’t solve this inflation crisis on our own, but due to our strong financial position and balanced budget, we can offer substantial relief. Hence, Albertans and their families are better able to manage through this storm,” said Alberta Premier Danielle Smith.

The Federal government is also taking measures to decrease inflation. However, The Bank of Canada said this would mean interest rates would go even higher.

The holiday season is approaching, winter is getting more serious, and many struggling Manitobans are trying to have good wintertime. Harvest Manitoba has reported that the number of Manitobans with food insecurity has grown recently. According to the data collected by Harvest Manitoba, food bank usage has doubled since 2019. END_OF_DOCUMENT_TOKEN_TO_BE_REPLACED

https://youtu.be/wQhEjmKNpTY It can sometimes feel disheartening to hear what’s happening worldwide. When it comes to politics, things are more divisive than ever. On November 24, Winnipeggers stood together to make a difference, marching for the Take Back the Night (TBTN) movement.  The first ever Take Back The Night event was END_OF_DOCUMENT_TOKEN_TO_BE_REPLACED

After long years of debates, discussions, and delays, the government of Canada released a new bill called C-7 in 2021. Bill C-7 has legalized assisted death for patients with incurable diseases or patients with irreversible comas. The Bill contained very detailed rules, but this Bill has some things that are END_OF_DOCUMENT_TOKEN_TO_BE_REPLACED