From Poland to Punk Rock: The Journey of The Positive People Band 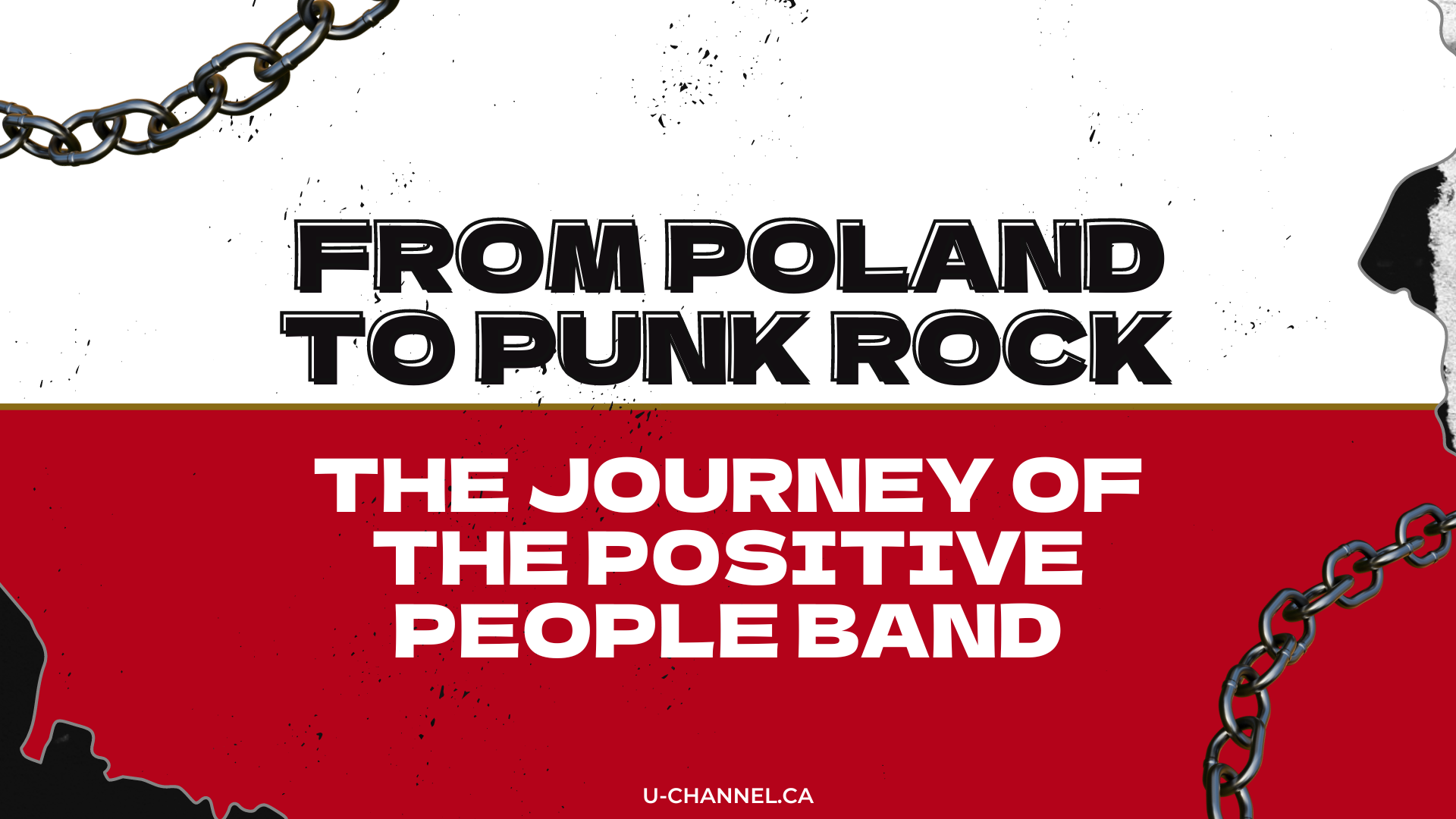 Utilizing the energy and political movements of punk rock, a new bedroom band has one goal to lift spirits with their eclectic blend of fuzzed-out punk and deconstructed pop. Olenka Krakus and Jeffrey Moon created Positive People.

For music creators, the pandemic opened possibilities for producing their art, and lockdowns meant new ways to distribute it.

“What I think the pandemic did was shake up paradigms on creating music,” says Krakus. “Maybe not quite introduce a new way of doing things because it’s not as though DIY music hasn’t existed in the past. So much of the West Coast, the slacker rock genre like Pavements, that kind of period the mid-90s grungy, dirty, pop-punk stuff was born on cassette-based 4-tracks recording in living rooms.”

Krakus and Moon first started in Olenka and the Autumn lovers. Established in 2008 and most active till 2016, the group released six albums and toured across Canada; the music focused more on a classical approach and slowly coming back. Positive People is a new opportunity for the duo, a chance to be grittier, create out-of-the-box sound, the practicality of recording from home, and tell stories that may not be commercially attractive. Their song, “Praise Be,” explores mental health journeys, mourning, and gratitude.

Krakus is also a graduate student of English literature, earning a Masters and completing the first two years of a Ph.D., returning to grad school to complete a Masters in Library and Information Studies. However, her education is one factor that inspires her social justice roots and influences her lyrics and music approach, her family’s flight from Communist Poland, which has been the most influential.

“My family came to Canada as refugees. At the time, the communist regime was cracking down on people’s rights. There were a lot of restrictions in place even before the crackdown when we fled. I was very young. I was four when we left and turned five in Austria, where we were initially refugees. When we came to Canada, I was still five. For the dispersed communities, the diasporas, there’s a longing for your home that’s never accessible again.”

Krakus’ father was peripherally involved in Poland’s Solidarity Movement, organizing at most a few newsletters, which was more than enough cause to be sent to prison and shipped out to work camps. With some of her father’s friends arrested and shipped away, her parents felt it was time to leave. Being torn away from your culture can feel like you’re between two works, says Krakus. “You feel you belong and don’t belong. There’s a lot of self-reflection in refugee and immigrant kids.”

These feelings of isolation and frustration would lead Karkus directly to the punk scene.

“Punk as a community was a place for the anti-social, the kids who weren’t accepted, the weird kids. It was and to some extent still is, although a broader cultural experience now. The weirdos are the cool kids now. It was a way of reclaiming power and gaining a sense of identity and politics. So much of punk music is deeply rooted in social justice movements and the beginning of political awareness and education.”

For Positive People, Krakus says it’s nice to go back to those punk roots in a new pop-like way, exploring new sounds and bringing social justice and messages to the forefront. “There’s so much to be aware of and angry about, to be socially active about. The genre fits the times again.”

The holiday season is approaching, winter is getting more serious, and many struggling Manitobans are trying to have good wintertime. Harvest Manitoba has reported that the number of Manitobans with food insecurity has grown recently. According to the data collected by Harvest Manitoba, food bank usage has doubled since 2019. END_OF_DOCUMENT_TOKEN_TO_BE_REPLACED

https://youtu.be/wQhEjmKNpTY It can sometimes feel disheartening to hear what’s happening worldwide. When it comes to politics, things are more divisive than ever. On November 24, Winnipeggers stood together to make a difference, marching for the Take Back the Night (TBTN) movement.  The first ever Take Back The Night event was END_OF_DOCUMENT_TOKEN_TO_BE_REPLACED

After long years of debates, discussions, and delays, the government of Canada released a new bill called C-7 in 2021. Bill C-7 has legalized assisted death for patients with incurable diseases or patients with irreversible comas. The Bill contained very detailed rules, but this Bill has some things that are END_OF_DOCUMENT_TOKEN_TO_BE_REPLACED