From Europe to the Americas and Those Who Joined Along the way: A Story of Mennonite Migration 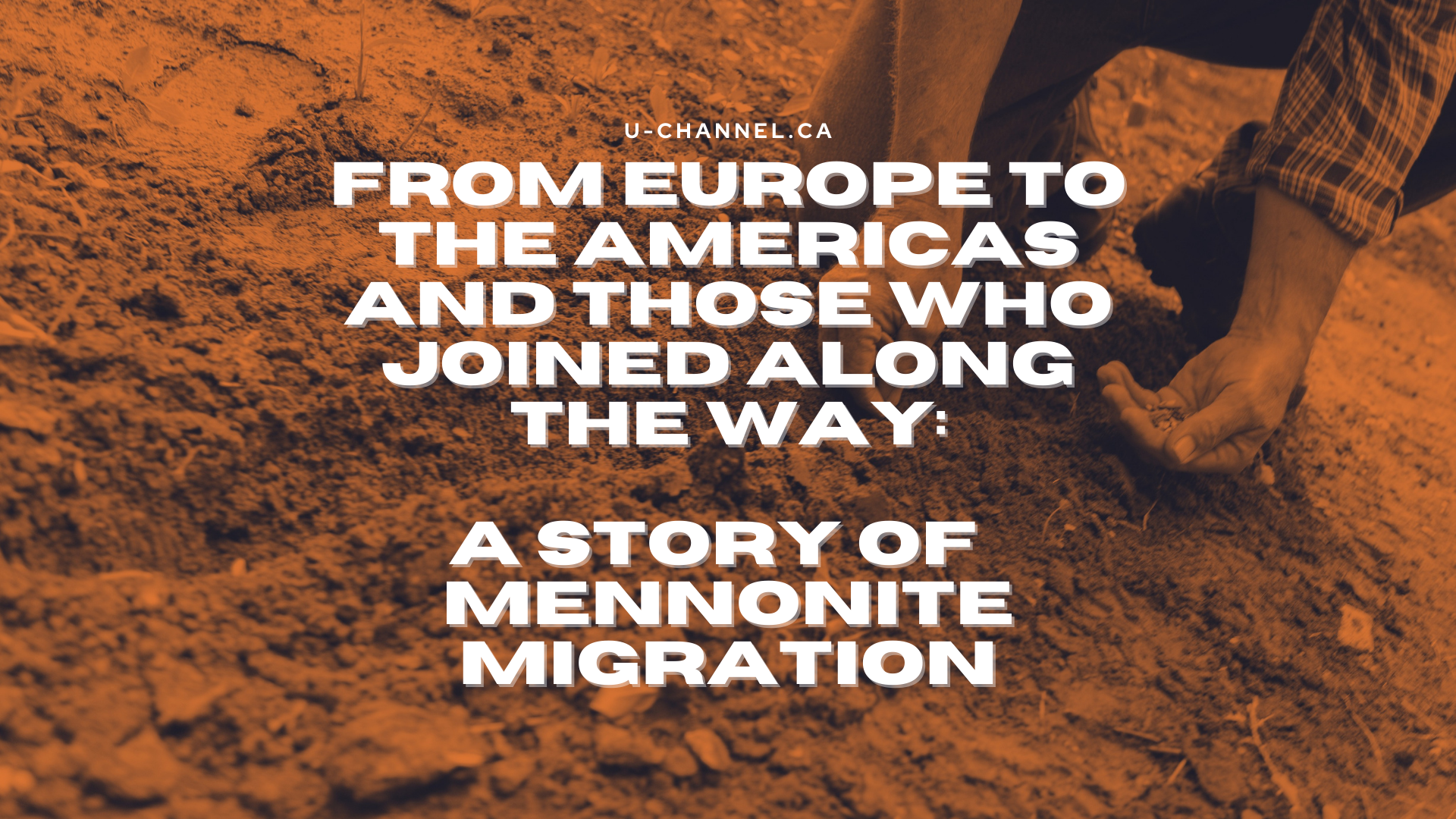 Living in Winnipeg, Brandon, or another large urban center in Manitoba can easily forget how much of the southern part of the province is farmland.

According to a 2016 Census of Agriculture, the total farm area in Manitoba decreased 2.1% between 2011 and 2016 to 17.6 million acres. Manitoba had 11.1% of the total farm area in Canada in 2016. Average farm size continued to rise in Manitoba to 1,192 acres in 2016, up to 1,135 acres in 2011. However, Manitoba hasn’t always been that way. Before colonization Manitoba was home to the Anishinaabe, Cree, Oji-Cree, Dakota, Dene and once French settlers arrived, the Metis people. It’s only been in recent history that we’ve seen the province take on its agricultural form.

In a paper written by Morris Deveson, the first recorded agricultural immigrants in Manitoba were the Selkirk Settlers, also known as the Red River Settlers. They arrived in 1812 and settled near the Forks. Over time, along with significant promises and incentives from the Canadian Government, more settlers immigrated to the prairies. One of those groups was the Mennonites. The Privilegium of 1873 was an invitation from the Dominion of Canada inviting Mennonites to settle in Manitoba with promises of land, aid in their settlement, and most importantly, to Mennonites exemption from military and control over their own schools.

To learn more about the Mennonites, you have to venture to Canadian Mennonite University, where you’ll find the Mennonite Heritage Archives (MHA). Conrad Stoesz is an archivist at the MHA who works with documents such as the Privilegium of 1873. A Mennonite and with a love for knowledge, Stoesz understands and appreciates the importance of chronicling history, as it can all too easily be lost.

“These particular archives were established here in Winnipeg in 1933, created out of a sense of loss. There was a Mennonite archive in Russian, and in the mid-1920s, it was confiscated by the secret police. This archive was an attempt to start over. If you stack all our paper on top of each other, it’s higher than the CN Tower.”

Over a month, the archives respond to over 100 requests for information with individuals requesting to us this material ranging from scholars, genealogists, historians, lawyers, filmmakers, and journalists. But who exactly are the Mennonites? In Stoesz’s opinion, it isn’t a simple answer. The first generation of Mennonites came from western Europe out of the protestant reformation in the 1500s. A man named Menno Simons was the leader of this new protestant group, who were called Mennonites, many from Dutch, German, and Swiss backgrounds. A Christian group that believes in non-Violence, baptism and joining the church happens as an adult, and the importance of community in the church when making decisions.

“Some of the beliefs weren’t always welcome in different parts of Europe, so they moved around a lot. The First Mennonites went to Russia in 1789, and about 100 years later, the Russian Government wanted more control over schools. They wanted to revoke the exemption from military services promised to the Mennonites.”

This began the long journey of migration to North America for Mennonites. In the 1870s, approximately one-third of the Mennonites left Russia. Ten thousand immigrated to the United States, with seven thousand making their way to Manitoba, on the promise from the Privilegium of 1873. Two parcels of land were set aside for their exclusive settlement. The east reserve was near the Steinbach area, and the western settlement was within the area near Altona and Winkler. The first few years were incredibly challenging because of early frost and flooding. Eventually, these communities flourished, with Mennonites growing out of the reserves to Saskatchewan and Alberta.

When World War I hit, the Canadian Dominion would honour the exemption from military service for Mennonites. However, the Canadian public was furious, believing Mennonites were not supporting the war effort they thought they should. To improve patriotism, the governments of Saskatchewan and Manitoba implement compulsory attendance at government-run schools. This created a significant divide for many communities. For the Mennonites, some decided they would find new ways of instilling their values into their communities, while others resisted.

“Those who didn’t send their kids to schools were jailed, fined, and even had farm machinery, animals, and even food confiscated. In Saskatchewan alone, there were over 4,500 prosecutions of these families. Finally, this resisting group said this isn’t working for us. Seven thousand moved to Mexico and Paraguay starting in 1922, a hundred years this year. That’s how those communities in Latin America first started.”

As Mennonites moved out of the country, the second wave of migration to Canada began. After the Russian revolution, nearly twenty thousand Mennonite immigrants came to Canada from 1923 and 1930. A third wave would arrive post World War II. In the 1990s, Mexican and Peraguian Mennonite communities moved back to Canada along with more European Mennonites. With the waves of immigration, the separation of early communities, and members who have joined from all backgrounds and cultures, Mennonites have become a diverse collective. Today there are 42 denominations with 150 thousand active members of the Mennonite belief in Canada. With mission work and people joining the church, there are Mennonites worldwide.

For those interested in learning more about the history of Mennonites, the Mennonite Heritage Archives are open to the public. They ask visitors to book an appointment by phone or email, and it’s the perfect place for people who love stories.

“I really enjoy it,” says Stoesz, “I learn something old every day.”

The government of Manitoba has released a test project plan to give the residential streets in Winnipeg City a better look into the future. The government’s goal is to lower the speed limit from fifty kilometres per hour to forty or even thirty to make the residential areas safe and END_OF_DOCUMENT_TOKEN_TO_BE_REPLACED

This winter has been one of the most interesting winters that Manitoba has ever faced. It started with very high temperatures, which surprised and confused many Manitobans. Then a couple of storms hit the province.  The weather continued to act weirdly warm, which got some of the winter activities companies END_OF_DOCUMENT_TOKEN_TO_BE_REPLACED