Passion for Teaching and Media 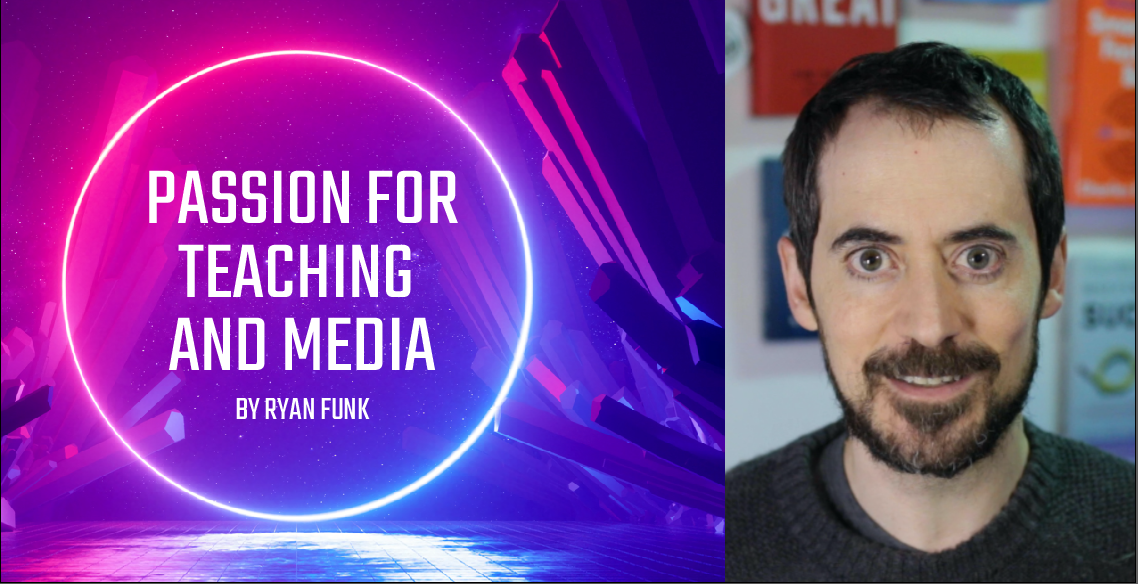 How do you succeed in the media industry? Well, Spanish immigrant, Miguel Hernandez seems to have cracked that code.

Miguel has been heavily involved in media and has been passionately sharing his media experiences through Grumo media. He creates educational videos on YouTube Channel and through Udemy.

Drawn to the camera, whether he was in the frame or operating it from behind, Miguel’s intrigue in the craft also attracted him to animation. He highlights a distinct moment in his early career, which put him on the path to success.

“I was kind of desperate, and I needed to make money, so I created a video for a startup in Silicon Valley. I got fortunate because the guy running the marketing department, someone incredibly famous in Silicon Valley, Alexis Ohanian, the co-founder of the vast social media platform called Reddit. He really liked that video, and he said I’m going to promote this video to everybody I know in my network. We’re talking about hundreds of startups. It was one of the most significant moments in my career, going from zero money and experience to basically in a couple of weeks having over 40 startups knocking on my door asking for a video. It was a matter of luck and opportunity, and I don’t know what happened there. The stars aligned, and I was off to the races.”

Although that moment would be the catalyst for his achievements, Miguel always knew he wanted to work with video, and teaching was a happy addition down the line.

In the early 2000s, 3D animation was beginning to gain popularity. At that time, Miguel worked in manufacturing and had the brilliant idea of promoting some products through video. He began to create animations of the machinery, and they found success in sales and training. Unfortunately, he was laid off from that job. However, that small moment ignited Miguel’s passion, and undeterred began working freelance creating animated videos for industrial purposes. Wanting to learn how to tell stories more creatively, Miguel took up film making, taking courses that would lead to a series of gigs in the music video industry and a camera operator for a television company.

In 2010, Miguel began creating explainer videos for startups, and then one would eventually be noticed by Alexis Ohanian.

For the last ten years, Grumo Media has been producing these sorts of explainer videos, but early on, Miguel decided he should create online courses.

“I had a lot of people coming to my studio that couldn’t afford the typical fee for one of these animated videos, which is between $5,000 or $10,000 to create one of these videos. Many of these companies are startups; they don’t have the budget to make videos like this. I decided to create an online course where I teach people how to create these videos for themselves. I posted it on my website and started getting a few sales, and then that same year, we’re talking 2011,  and that’s when Udimy began.”

At that time, Udemy was looking for online instructors, and curious about how one of his videos would do, Miguel uploaded a video. He was pleasantly surprised when the video did incredibly well, making over $96,000 US.

“To me, that was like the biggest light bulb in history. I was like, are you kidding me? You can sit at home, record an online course, and make a decent living? Since then, I’ve always been teaching online because I really enjoy it. I have lots of feedback from my 35,000 students on Udimy who are very happy with my courses. I’ve been recording a few more courses over the years, and I think it’s a great way to reach people and also make money as well.”

Canada’s winters can be unpredictable. Here in Manitoba, one day, we can have lovely warm sun. The next, it can be blistering cold. Even those who have lived here their whole lives can get caught off-guard. One joke often used is that everyone forgets how to drive on the year’s END_OF_DOCUMENT_TOKEN_TO_BE_REPLACED

There’s been a bit of a road bump for one of Winnipeg’s North-End Community organizations as they look for a new facility. Luckily, there are opportunities to rent while they search, a testament to the unity found within the community. Founded in 1999 by a group of women who came END_OF_DOCUMENT_TOKEN_TO_BE_REPLACED

The end of the year is a busy time. From October to January, there are many observed festivities. Diwali, Dio De Los Muertos, Hanukkah, Christmas, Ōmisoka, and Kwanzaa. Established in the 1960s, Kwanzaa found its way to Canada in the 1990s. Thanks to the Canadian Kwanzaa Association, 2019 was the END_OF_DOCUMENT_TOKEN_TO_BE_REPLACED

Volunteering has many beneficial purposes, helping develop your skills, enhance your resume, build connections and help support your community.  There are plenty of opportunities for students through school, youth groups, student initiatives, or community ventures. When you’re retired, your history in the community and having more availability can make it END_OF_DOCUMENT_TOKEN_TO_BE_REPLACED

Islam is a faith followed by approximately a quarter of the world’s population and comprises many diverse cultures and ethnicities. The Islamic community also has a deep connection to Manitoba, with the Mosque run by the Manitoba Islamic Association (MIA), the oldest and largest in Manitoba. Since moving to Canada END_OF_DOCUMENT_TOKEN_TO_BE_REPLACED

In ancient Greece, it was believed the Muses, Greek deities of song, dance, and memory, would give creativity, wisdom and insight to artists and thinkers.   In the modern-day, the generations of great thinkers and creators may never come to be if they are not provided with the proper resources, teaching, END_OF_DOCUMENT_TOKEN_TO_BE_REPLACED