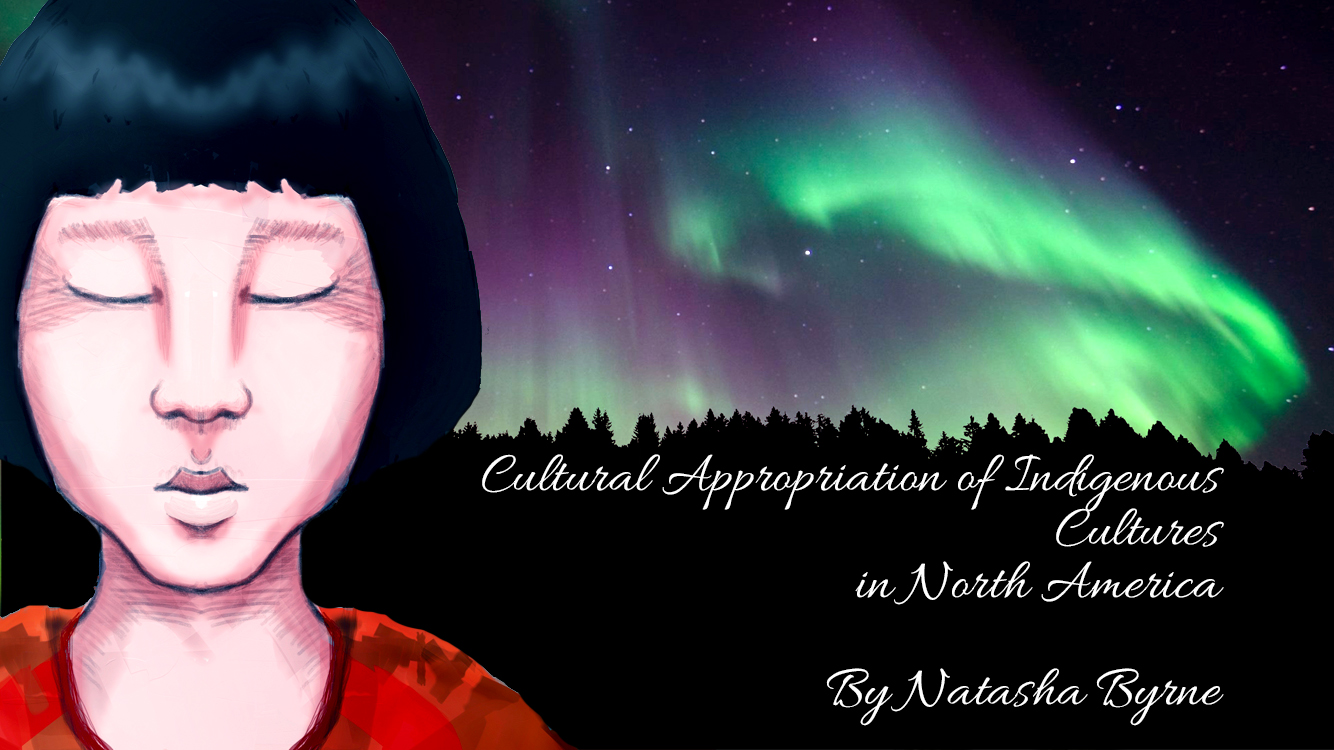 What is Cultural Appropriation?

To put it in plain, The Canadian Encyclopedia describes ‘cultural appropriation’ to be “the use of a people’s traditional dress, music, cuisine, knowledge and other aspects of their culture, without their approval, by members of a different culture.”

Upon further scrutiny of the word ‘appropriate,’ Celia Haig-Brown examines its root with the help of the Oxford English Dictionary in her article “Indigenous Thought, Appropriation, and Non-Aboriginal People.” Here, “appropriate [is] an adjective with definitions ranging from “annexed” to “attached or belonging as an attribute, quality or right.”

She uses Peter Shand’s explanation of ‘commercial exploitation’ to facilitate the term ‘appropriate’: “the use of [Indigneous] art or images in advertising or team names to the use of genetic material from people’s bodies or traditional food or medicine plants, are blatant forms of appropriation.”

The Origin of Appropriation

Like many prolonged issues revolving around the exploitation of Indigenous peoples in North America, the origin of this exploitation is from the period of colonialism. It can be argued that “when Europeans came to North America, some explorers and traders took items belonging to Indigenous peoples back home with them […] because they believed they were preserving cultures that were dying out.”

However, digging deeper, the issue is far more problematic than the obtuse would attempt to sugar-coat. Indigenous cultures are often misrepresented as a collective set of “savages” that the colonists perceived them to be, and this has been ignorantly taught and depicted in the modern world. Hence, the distortion of peoples’ cultures is often portrayed to be a thing of mockery in media and sports. Often, they are depicted as “brutes” and unfit in civilizations; and this is a direct representation of the racist observations by colonists and modern-day ignorants.

Today, cultural appropriation persists and is portrayed in the arts, media, and sports industries. “Scholars who critiqued these depictions and similar forms of appropriation as acts of colonialism during the late 1970s, 1980s and 1990s, used concepts of class, power, race, and gender to explore ways in which dominant, colonial powers used the practices or cultural items of colonized peoples.” These concepts can be seen in movies and sports, where non-Indigenous people would often misrepresent Indigenous peoples and their cultures.

One classic example is that in the animated Peter Pan movie released in 1953, and produced by Walt Disney. In an article by Sarah Laskow on Smithsonian Magazine, she quoted the creator, J.M Barrie’s, take on Neverland: “coral reefs and rakish-looking craft in the offing and savages and lonely lairs.” Laskow expands: “[i]n practise, that meant portraying the fierce tribe that lives on Neverland in a way that even in the early 20th century looked like a caricature.” Here, the people in the tribe are depicted to be red-skins, savages, and their English was spoken in mockery. Further, the subplot shows the skewed perception that Peter Pan – the White man – goes on to save the tribe and rescue the chief’s daughter; who also becomes an object of sexualization.

Such perceptions have evolved and recreated in other art forms and sports. While some may argue that appropriation is being taken into greater consideration with the times, many still ignorantly retain team names, costumes, and mascots that are culturally appropriating Indigenous cultures in sports. Even Halloween costumes that mock Indigenous cultures are still being sold and worn.

Cultural appropriation as a form of appreciation remains to be a debate by privileged people who choose to remain uneducated on such an issue. To clarify, “[c]ultural appropriation often reflects a racialized power imbalance between two cultures, the taking of culture – rather than the consensual sharing of it – which often, in turn, involves the exploitation of one group over another.” Appropriation is the misuse of any aspect of one’s culture for the fun of it; showing disrespect and mockery to those that are a part of that culture.

On the other hand, cultural appreciation is the embedment of another culture for the correct cultural and ceremonial practices. This shows engagement with the culture, as well as respect for the people practising; such as showing up in the right dress code for a traditional ceremony or asking permission to utilize cultural garments for educational purposes. As this article concludes: “Cultural wear is more than a costume, more than a fashion accessory and more than ‘expressing yourself.’”

Cultural appropriation is the misrepresentation of aspects of cultural and traditional practices by a member of a different culture and has been deemed to be problematic as expressions of mockery. In terms of the appropriation of Indigenous cultures, the issue has persisted since the beginning of colonialism, where colonists have long expressed the peoples as one category – primarily, as “savages.” This has shown in media and sports in the modern world – one such famous example is that of the tribe in Walt Disney’s Peter Pan. To educate oneself of this atrocity is to understand its difference to cultural appreciation; where the practices of another culture should be practiced faithfully.

Canada’s winters can be unpredictable. Here in Manitoba, one day, we can have lovely warm sun. The next, it can be blistering cold. Even those who have lived here their whole lives can get caught off-guard. One joke often used is that everyone forgets how to drive on the year’s END_OF_DOCUMENT_TOKEN_TO_BE_REPLACED

There’s been a bit of a road bump for one of Winnipeg’s North-End Community organizations as they look for a new facility. Luckily, there are opportunities to rent while they search, a testament to the unity found within the community. Founded in 1999 by a group of women who came END_OF_DOCUMENT_TOKEN_TO_BE_REPLACED

The end of the year is a busy time. From October to January, there are many observed festivities. Diwali, Dio De Los Muertos, Hanukkah, Christmas, Ōmisoka, and Kwanzaa. Established in the 1960s, Kwanzaa found its way to Canada in the 1990s. Thanks to the Canadian Kwanzaa Association, 2019 was the END_OF_DOCUMENT_TOKEN_TO_BE_REPLACED

Volunteering has many beneficial purposes, helping develop your skills, enhance your resume, build connections and help support your community.  There are plenty of opportunities for students through school, youth groups, student initiatives, or community ventures. When you’re retired, your history in the community and having more availability can make it END_OF_DOCUMENT_TOKEN_TO_BE_REPLACED

Islam is a faith followed by approximately a quarter of the world’s population and comprises many diverse cultures and ethnicities. The Islamic community also has a deep connection to Manitoba, with the Mosque run by the Manitoba Islamic Association (MIA), the oldest and largest in Manitoba. Since moving to Canada END_OF_DOCUMENT_TOKEN_TO_BE_REPLACED

In ancient Greece, it was believed the Muses, Greek deities of song, dance, and memory, would give creativity, wisdom and insight to artists and thinkers.   In the modern-day, the generations of great thinkers and creators may never come to be if they are not provided with the proper resources, teaching, END_OF_DOCUMENT_TOKEN_TO_BE_REPLACED