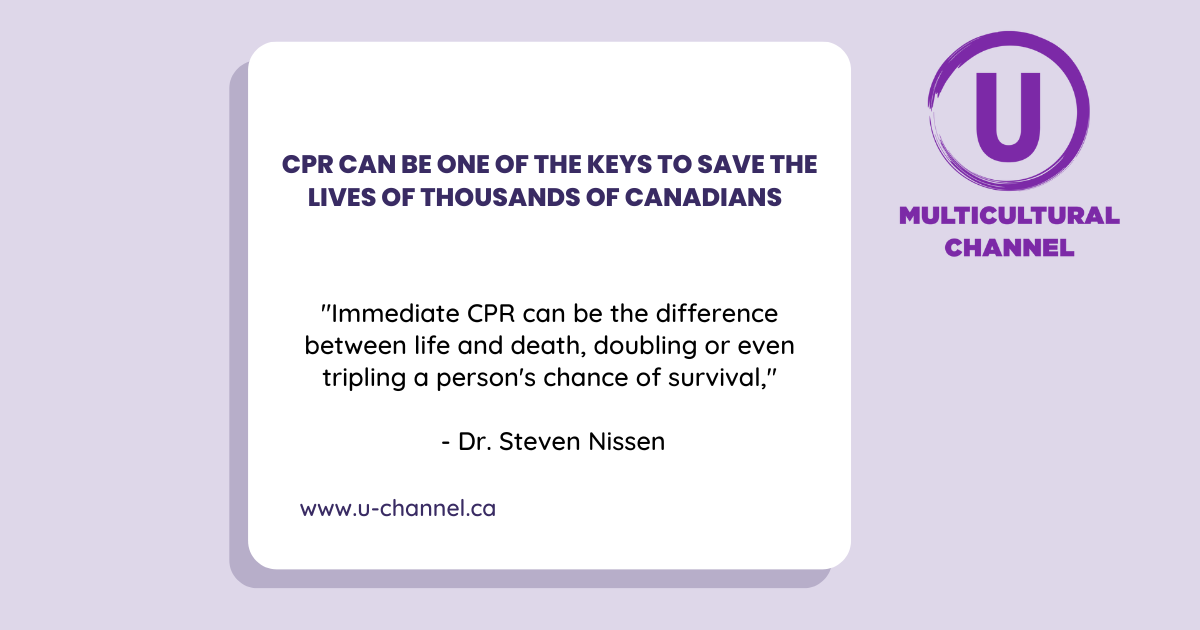 CPR, or Cardiopulmonary resuscitation, is a widely used technique to help save the lives of millions of people every year worldwide. It is a required certification in many jobs, and it is a very valuable certification because of its usefulness and its purpose. CPR focuses on replenishing the heart after a heart attack, near drowning situations, or when someone’s heart has stopped beating.

According to the statistics, “Each year, an estimated 35,000 cardiac arrests occur in Canada. The vast majority happen in public places or at home, and few people survive.” This number is huge considering Canada’s population, which is 38.25 million citizens, and the fact that only a few people can survive it can make this number very worrisome. Heart diseases are ranked the second cause of death for Canadians. Usually, heart disease deaths are caused by cardiac arrests, which can be helped by CPR practice.

“Immediate CPR can be the difference between life and death, doubling or even tripling a person’s chance of survival,” said Doctor Steven Nissen. Building projects to help teach citizens CPR is a step that will help save the lives of thousands of citizens in Manitoba or Canada in general.

Many schools across the province of Manitoba are offering CPR training for their students to help them learn one of the most important life skills and to give them a chance to save someone if they were ever put in a situation like that. “Offering such an amazing chance for students to get certified for CPR will be very helpful for their lives and if they’re ever put in a situation like that. I was very surprised by how many students wanted to participate in the CPR Training.” said a teacher in a Collegiate in Winnipeg.

Canada has only eighteen percent of its citizens certified in CPR practice, so if this action taken by the schools can be taken in workplaces or even in public centres, this percentage will increase much higher. Many citizens will get the chance to learn CPR and get certified for a very low price or even for free. Eventually, the number of Canadians dying by cardiac arrest can decrease, saving thousands of precious lives across the country.

The government of Manitoba has released a test project plan to give the residential streets in Winnipeg City a better look into the future. The government’s goal is to lower the speed limit from fifty kilometres per hour to forty or even thirty to make the residential areas safe and END_OF_DOCUMENT_TOKEN_TO_BE_REPLACED

This winter has been one of the most interesting winters that Manitoba has ever faced. It started with very high temperatures, which surprised and confused many Manitobans. Then a couple of storms hit the province.  The weather continued to act weirdly warm, which got some of the winter activities companies END_OF_DOCUMENT_TOKEN_TO_BE_REPLACED