Connecting to a Culture from an Ocean Away, With Sonja Lundstrom 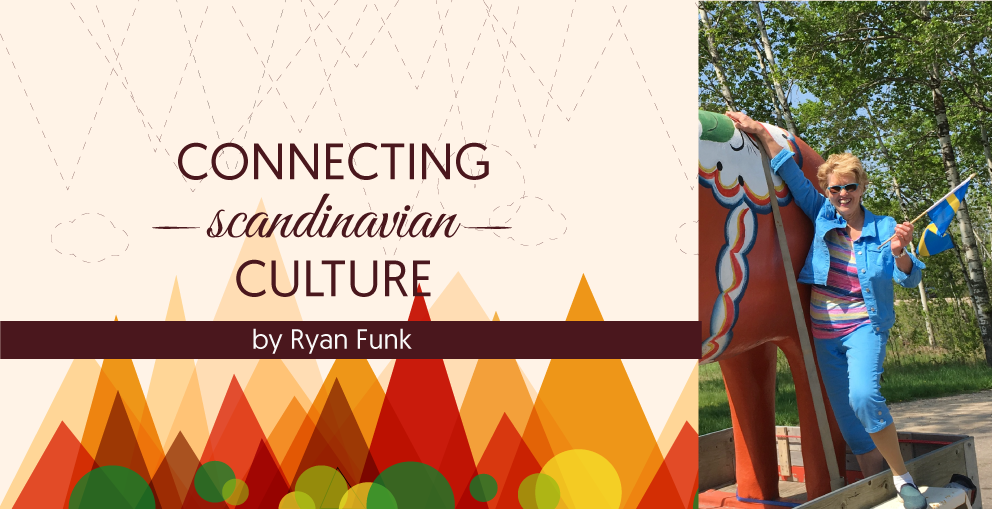 Can we still feel a connection to our ancestor’s culture, even if the country they migrated from is thousands of miles away?

In 1939, a Finnish immigrant ventured to Red Lake, Ontario, as a cook, and met a Swedish man. They raised a child, Sonja Lundstrom, to celebrate and embrace the Scandinavian culture.

“We like to work hard, and we like to play hard.” According to Sonja, Scandinavians love adventure. They love the challenges around exploring nature, regardless of the season. She says, “There’s no such thing as bad weather.” Yet, their favorite activity is picking mushrooms and blueberries.

Sonja is the President of the Swedish Cultural Association of Manitoba. It’s a part of the Scandinavian Cultural Centre of Winnipeg, a volunteer-driven organization. It has members related to five Nordic countries i.e., Denmark, Finland, Iceland, Norway, and Sweden.

Of both Swedish and Icelandic descent, Sonja has been to Sweden three times and Iceland five times. Both felt like home to her.

“I’ve been there, and I’ve stood on the rocks. There was something in my soul about being there. The only thing I can say is there’s cellular memory, and the indigenous peoples say seven generations exist in us.”

She explains that’s the purpose of the Scandinavian Cultural Centre is to fire a passion in them. The goal is to celebrate their background and history together.

“When you get together with people from your own culture, you begin to bond. It’s unbelievable. It’s a feeling and it’s extraordinary. I keep saying at our Swedish Club meetups that I’m so grateful we got to know one another. There’s something special here, and we’re so lucky to have this culture. We’re trying to keep it alive. Even people in Sweden said that we’re more alive in these traditions than they are in Sweden.”

With these bonds, come stories. Some of Sonja’s fondest memories have been the Scandinavian celebrations in Mid-Summer. She says it’s a beautiful way of connecting. You’re picking wildflowers, making garlands, listening to music, and dancing around the Maypole.

Sonja remembers when the group drove out to Laclu, Ontario. It was with their Dala horse for Folklorama, or at Lac du Bonnet, where their Mid-Summer celebrations went on even in a rainstorm. Sonja says they found a birch tree, their makeshift Maypole, and they danced through the rain.

The Swedish Cultural Association of Manitoba now prepares for Saint Lucia happening on December 13. The holiday remembers Lucia of Syracuse, an early-4th-century young martyr. The legend says she brought food and aid to Christians hiding in the Roman catacombs. The holiday recognizes the light in the darkness – a time of gathering, reflection, and meditation.

“We celebrate that with Lucia, on the darkest day of the year, with candles (or crown) in our hair and singing. We have a train of kids in white outfits, with their little candles, all singing in Swedish. Some of them are only four years old. This year, we will all come to celebrate, bringing light to this darkness.”

Although physical gatherings will not be taking place this year. It will continue as a virtual celebration.

The celebration will honor the Cultural Centre’s 60 years and Manitoba 150th. The Scandinavian Cultural Centre will be creating a mural to highlight all the Nordic countries.

The government of Manitoba has released a test project plan to give the residential streets in Winnipeg City a better look into the future. The government’s goal is to lower the speed limit from fifty kilometres per hour to forty or even thirty to make the residential areas safe and END_OF_DOCUMENT_TOKEN_TO_BE_REPLACED

This winter has been one of the most interesting winters that Manitoba has ever faced. It started with very high temperatures, which surprised and confused many Manitobans. Then a couple of storms hit the province.  The weather continued to act weirdly warm, which got some of the winter activities companies END_OF_DOCUMENT_TOKEN_TO_BE_REPLACED