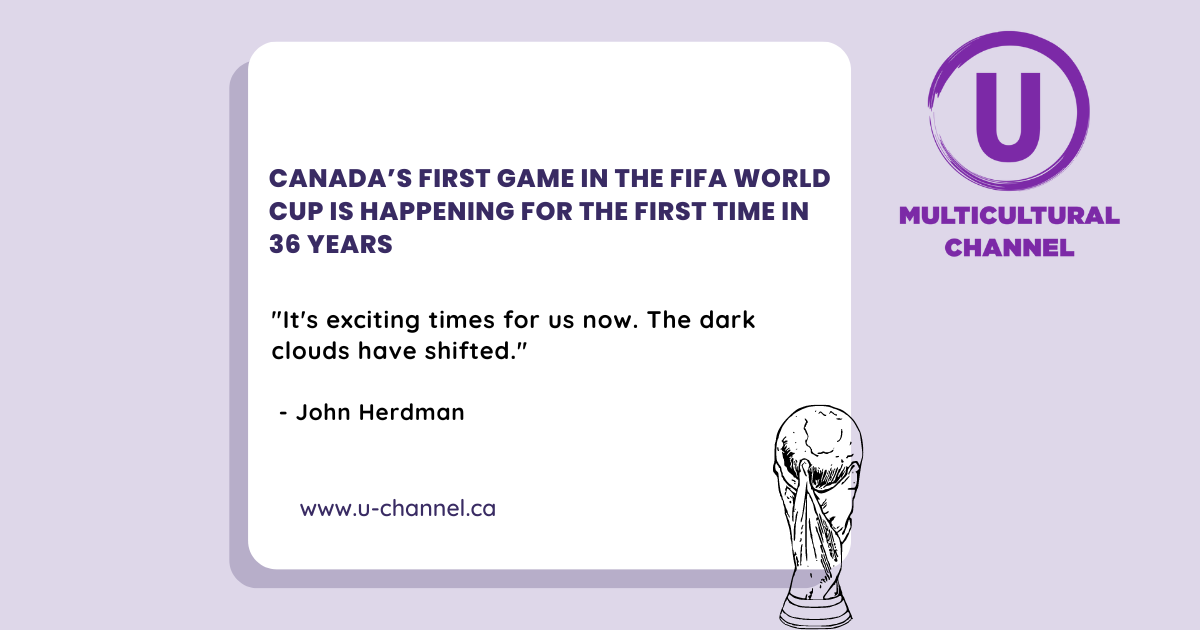 Canada is a country that supports all different kinds of sports. It is nationally known for its winnings in American football, hockey, and basketball. Canada has made it to the FIFA World Cup 2022, happening in Qatar after thirty-six years and is having its first match on November 23, 2022.

Many Canadians have been watching the FIFA World Cup closely and are excited to watch their country perform. Canada doesn’t have a victorious history with soccer. It faced a lot of losses in the last World Cup, which happened in Mexico in 1986, but people have yet to learn what this year’s World Cup will look like.

Many news platforms are exciting Canadians to cheer for Canada’s soccer team tomorrow and to have their hearts ready for any outcome, hopefully a victory. The FIFA World Cup is a very competitive rivalry. Games happen between countries from all over the planet, so Canada’s soccer team may shine brightly this year.

John Herdman, the head coach of the Canada men’s national team, said, “It’s been a little bit of a tricky arrival here. It’s your first World Cup; you don’t really want to be keeping the media waiting, so our apologies there. But we’ll look into that internally, make sure everything’s clean for the next time through… Canada’s in a position now where we can field our strongest team. Everyone’s come through well … It’s exciting times for us now. The dark clouds have shifted.”

This is an inspiring event for all Canadians. All should have their voices heard through social media to help Canada’s team hopefully shine in this FIFA World Cup.

The holiday season is approaching, winter is getting more serious, and many struggling Manitobans are trying to have good wintertime. Harvest Manitoba has reported that the number of Manitobans with food insecurity has grown recently. According to the data collected by Harvest Manitoba, food bank usage has doubled since 2019. END_OF_DOCUMENT_TOKEN_TO_BE_REPLACED

https://youtu.be/wQhEjmKNpTY It can sometimes feel disheartening to hear what’s happening worldwide. When it comes to politics, things are more divisive than ever. On November 24, Winnipeggers stood together to make a difference, marching for the Take Back the Night (TBTN) movement.  The first ever Take Back The Night event was END_OF_DOCUMENT_TOKEN_TO_BE_REPLACED

After long years of debates, discussions, and delays, the government of Canada released a new bill called C-7 in 2021. Bill C-7 has legalized assisted death for patients with incurable diseases or patients with irreversible comas. The Bill contained very detailed rules, but this Bill has some things that are END_OF_DOCUMENT_TOKEN_TO_BE_REPLACED