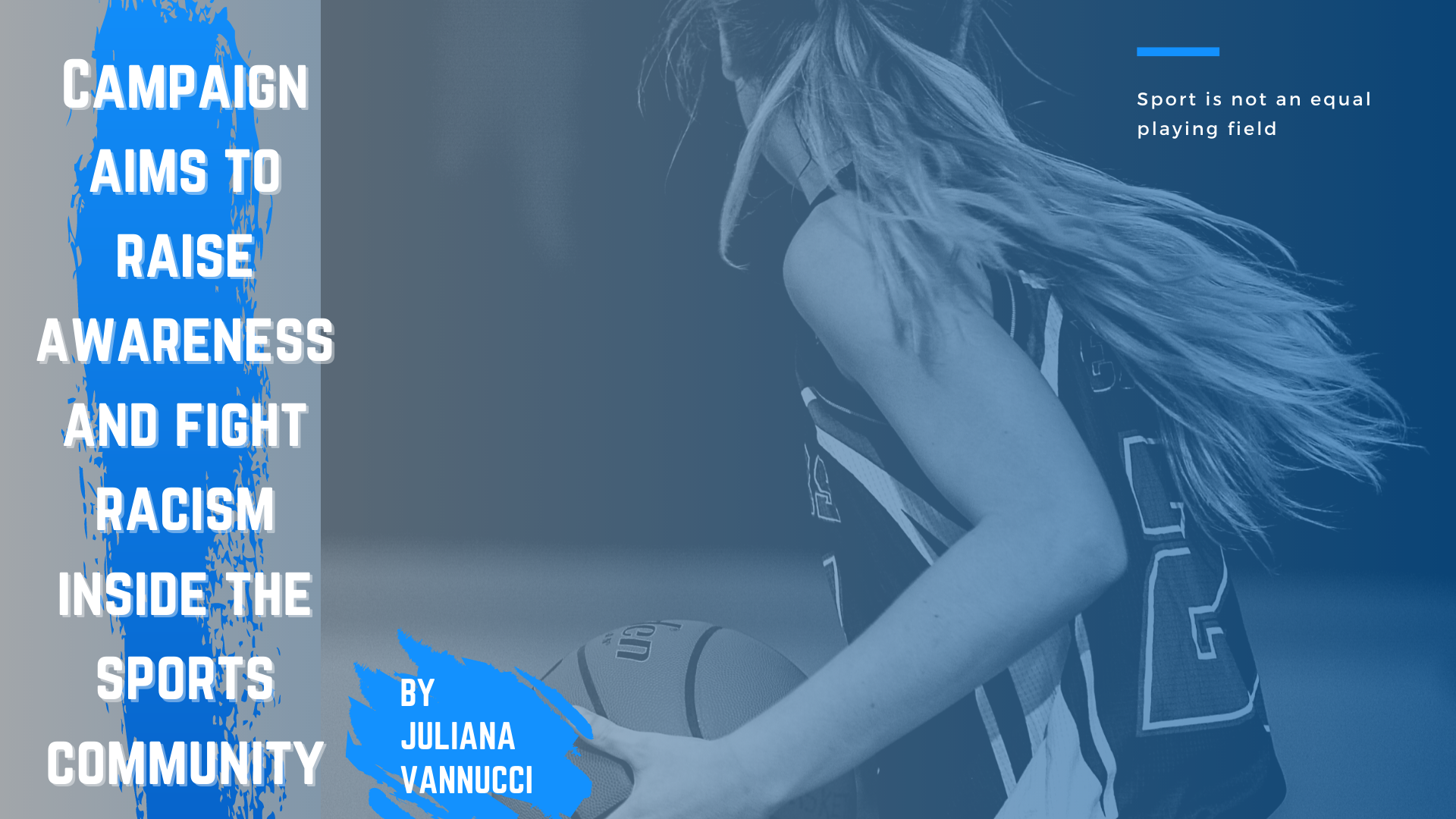 As an initiative from the Immigration Partnership Winnipeg (IPW), the “Anti-Racism in Sport” campaign seeks to increase, promote and engage discussions on the impact of all levels of racism in athlete’s lives, including Black, Indigenous and religious minorities.

“It approaches how we’re going to address, disrupt and eliminate discrimination and racism in sport,” said Allen Mankewich, Communications Coordinator of IPW.

The one-year project, funded by Heritage Canada, launched at the end of April,  involving 30 different organizations and 40 individuals.

“The reception has been incredible,” said Daria Jorquera Palmer, Anti-Racism in Sport Campaign Project Coordinator for IPW. “It’s been really great, we’ve had a lot of good uptake, a lot of feedback and people wanting to become involved, so that really shows that there’s a need for this in Winnipeg and it just motivates us even more.”

The project will be divided into several phases to help people understand how different types of racism impact people’s abilities to participate in sports and help create a more welcoming environment for all athletes.

“We’ll be dividing people into focused groups to really find out what can make a difference in sport when we’re looking into racism and discrimination, and how can we translate that into sports systems, leaders, policies, programs and implementations,” said Daria.

The campaign will also introduce resources and initiatives that will help the cause, such as school presentations for middle school classes with sports figures and community sports leaders on identifying racism in sports, its negative impacts, and how to promote inclusion inside and outside of school.

“Having that understanding and that education early on, especially for middle school years, I think it’ll be paramount to ensuring that the next generation doesn’t have to face the same issues that others have,” she added.

“It’s so important that people see themselves as pro-athletes, coaches, referees and sports decision makers, to know that they belong in sport, have a safe place in the sport community and also know that they can make a difference,” said Daria.

The organization also discussed potential actions alongside the public awareness campaign to help encourage an anti-racism approach to sports.

“Implementing programs that are inclusive for everyone, actively and intentionally engaging and recruiting board members and sports leaders who are Indigenous, Black, or racialized minority community members,” added Daria.

Different ways of expanding the project are also being explored, such as webinars, panels, events and conferences. No official plans have been laid out yet due to COVID-19. For more information on the campaign, you can access antiracisminsport.ca.

“We’re not here to shame people, we’re here to bring everyone together.”

Inflation has been hitting Canada hard since the beginning of the year 2022. As the year progressed, inflation kept increasing and wasn’t getting any better. Many Canadians have difficulty feeding their families because their wages aren’t enough. Food prices and fuel prices, two of the critical things in a citizen’s END_OF_DOCUMENT_TOKEN_TO_BE_REPLACED

This year many jobs have been introduced to the citizens of Canada, many of them got full-time jobs, and the economists were expecting the economy of Canada to keep improving. However, a new survey done by Research Co. showed that two out of three Canadians are unhappy with Canada’s current END_OF_DOCUMENT_TOKEN_TO_BE_REPLACED