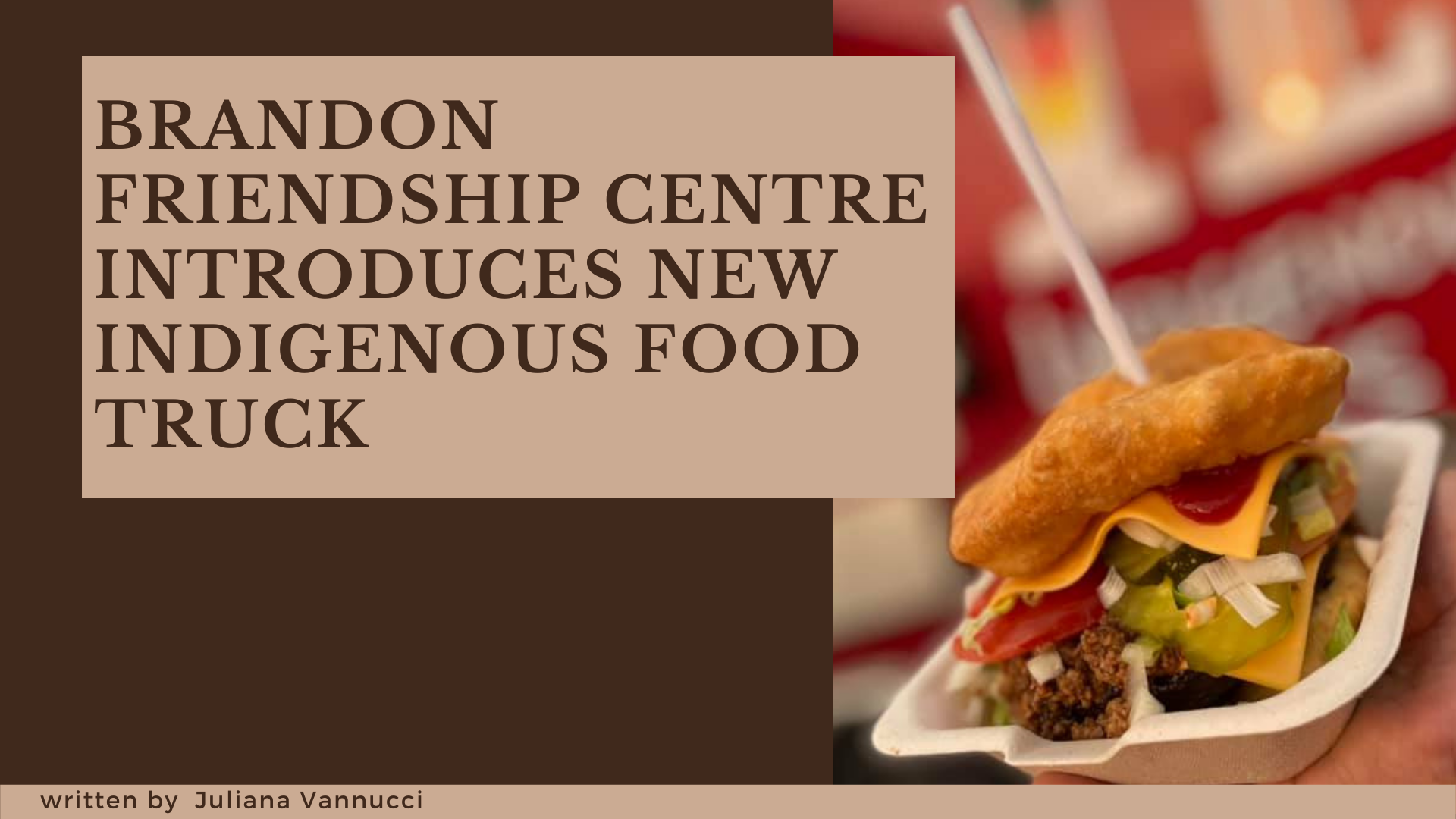 Indigenous Eats is a project created to provide affordable Indigenous cuisine within the community of Brandon, Manitoba.

“It’s been a learning experience, but it has also been one of the best, most enlightening and kindest moments of my life,” said General Manager Darian Kennedy.

Kennedy has been cooking since he was four years old. Either with his family or just experimenting with new recipes by himself. He said the idea of the project is to promote reconciliation while bridging the two different cultures and cuisines that are co-existing in the country right now.

“I think it’s really important for Canadians, both non-Indigenous and Indigenous, to come together and that’s what this food truck is about.”

The menu contains a variety of dishes from people who’ve crossed paths with the chef. One of them is the ‘Berry Soup,’ a recipe Kennedy learned from his mother when he was younger. “Food is our identity and it’s also our story,” he added.

The food truck has three summer students working for them, as an initiative from the Brandon Friendship Centre in partnership with the Manitoba Metis Federation. Most of the staff are volunteering, and part of Kennedy’s family, and he highlights the importance of putting time and love into the food you cook.

“Words can’t tell you how grateful I am for them,” said Kennedy. “If this is all that I could do, I would.”

Those looking for a great meal can find Indigenous Eats at 205 College BFC and off highway 10 in Brandon.

Canada’s winters can be unpredictable. Here in Manitoba, one day, we can have lovely warm sun. The next, it can be blistering cold. Even those who have lived here their whole lives can get caught off-guard. One joke often used is that everyone forgets how to drive on the year’s END_OF_DOCUMENT_TOKEN_TO_BE_REPLACED

There’s been a bit of a road bump for one of Winnipeg’s North-End Community organizations as they look for a new facility. Luckily, there are opportunities to rent while they search, a testament to the unity found within the community. Founded in 1999 by a group of women who came END_OF_DOCUMENT_TOKEN_TO_BE_REPLACED

The end of the year is a busy time. From October to January, there are many observed festivities. Diwali, Dio De Los Muertos, Hanukkah, Christmas, Ōmisoka, and Kwanzaa. Established in the 1960s, Kwanzaa found its way to Canada in the 1990s. Thanks to the Canadian Kwanzaa Association, 2019 was the END_OF_DOCUMENT_TOKEN_TO_BE_REPLACED

Volunteering has many beneficial purposes, helping develop your skills, enhance your resume, build connections and help support your community.  There are plenty of opportunities for students through school, youth groups, student initiatives, or community ventures. When you’re retired, your history in the community and having more availability can make it END_OF_DOCUMENT_TOKEN_TO_BE_REPLACED

Islam is a faith followed by approximately a quarter of the world’s population and comprises many diverse cultures and ethnicities. The Islamic community also has a deep connection to Manitoba, with the Mosque run by the Manitoba Islamic Association (MIA), the oldest and largest in Manitoba. Since moving to Canada END_OF_DOCUMENT_TOKEN_TO_BE_REPLACED

In ancient Greece, it was believed the Muses, Greek deities of song, dance, and memory, would give creativity, wisdom and insight to artists and thinkers.   In the modern-day, the generations of great thinkers and creators may never come to be if they are not provided with the proper resources, teaching, END_OF_DOCUMENT_TOKEN_TO_BE_REPLACED