Black Lives Matter: Why it is different this time? 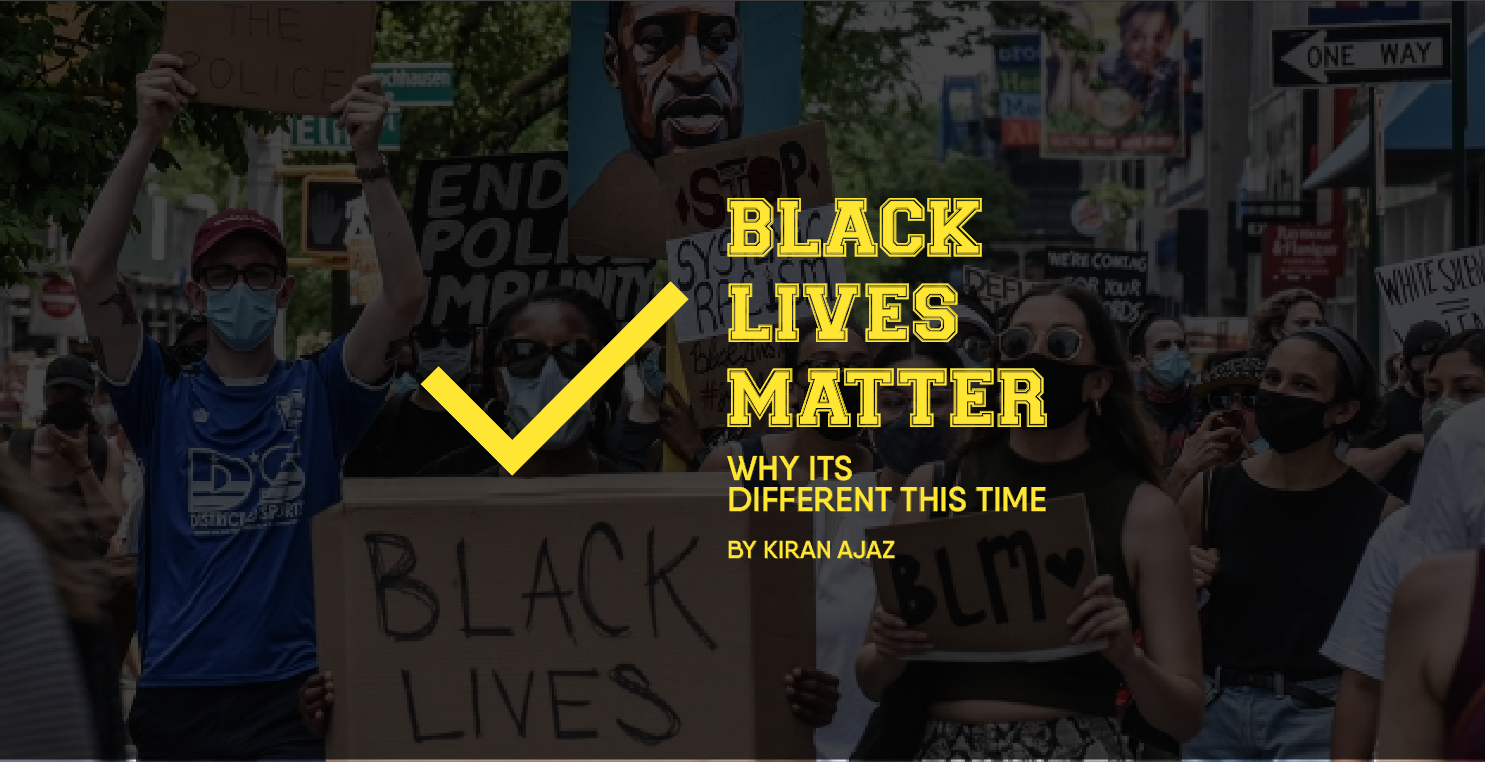 “We treat [racism] like a fad instead of a disease that eradicates millions of people.” – Katherine J. Igoe.

It’s true, and the Black Lives Matter movement is an example. We can see how the protests are decreasing in number. It wasn’t like this some months ago.

The Black Lives Matter protests picked up the pace on June 6, when thousands of people came out in nearly 550 places across the United States. This day triggered more than a month of protests that continue to happen today, however, not at the same pace.

Black Lives Matter (aka BLM) is a social movement demanding an end to police brutality and violence against the Black people. If you’re not much familiar with the reason behind these recent protests, you might have seen pictures and murals circulating on the social media saying ‘I can’t Breathe’. What triggered this wave of social posts and public outrage in front of government buildings was the death of George Floyd. George Floyd was an African American man, who was killed in police custody in Minneapolis, back in May 2020.

Why this movement is different now?

Black Lives Matter has been around since 2013. But everyone saw a big shift following George Floyd’s death. It changed the public opinion regarding the movement and brought in bigger support. An overwhelming response came from organizations like the NFL and NASCAR. Not to forget, these are the organizations that usually sit on the sidelines on issues but this time even they encouraged the BLM supporters. Even the athletes came out in support of the BLM movement and spoke of social change.

Here’s a fact: During a June 2020 survey in the United States, 76 percent of NBA fans stated that they supported the Black Lives Matter movement.

To support the above here’s something to compare the movement with to understand its shift. We witnessed a turnout of about three to five million people at the Women’s March of 2017. The event was highly organized. But if we look at the recent BLM protests – which were more organic in nature and happened during the pandemic – surpassed Women’s March numbers.

We all saw a spike in demonstrations on the Juneteenth and due to the turnouts at earlier BLM protests, many organizations declared it an annual holiday. Trust me, it’s a big thing because it wasn’t considered worthy of celebration before the shift in public opinion. That being said, even the asset managers today push companies to participate and raise voice on social injustice.

Alicia Garza, Patrisse Cullors, and Opal Tometi were the originators of the hashtag and call to action. Later the project expanded into a national network of over 30 local chapters between 2014 and 2016. The entire Black Lives Matter movement became a decentralized network of supporters – without any formal hierarchy. The movement today includes supporters from a diverse set of backgrounds, who didn’t connect with the cause before the recent events.

“One of the things that’s really great is that we see new Black Lives Matter chapters, popping up all over the globe. They may not be official chapters, but people are stepping into their own calling.”

Did you know? During the entire BLM movement following the death of George Floyd, NBC.com became the publisher with the highest online engagements for writing on the current BLM movement and protests.

Though the movement has evolved into a whole different thing now – with a not-so-official umbrella network, the BLM Global Network is registered in the US as a non-profit. For the same reason, it isn’t hard to fund the movement now. It’s getting grants and support from organizations and other foundations who want to be a part of this big change happening. With massive-scale protests in the UK, Canada, and Europe, several chapters of Black Lives Matter have spread around the globe.

“It looks, for all the world, like these protests are achieving what very few do: setting in motion a period of significant, sustained, and widespread social, political change. We appear to be experiencing a social change tipping point — that is as rare in society as it is potentially consequential.”

There’s so much going on with the Black Lives Matter movement. BLM supporters in the US want a big change including the defunding and dismantling of the existing police system. Some criticize the thought, while others fully support it. But what should matter is the fact that not just the Black lives, but all lives should matter.

The government of Manitoba has released a test project plan to give the residential streets in Winnipeg City a better look into the future. The government’s goal is to lower the speed limit from fifty kilometres per hour to forty or even thirty to make the residential areas safe and END_OF_DOCUMENT_TOKEN_TO_BE_REPLACED

This winter has been one of the most interesting winters that Manitoba has ever faced. It started with very high temperatures, which surprised and confused many Manitobans. Then a couple of storms hit the province.  The weather continued to act weirdly warm, which got some of the winter activities companies END_OF_DOCUMENT_TOKEN_TO_BE_REPLACED