Be The Change You Want to See: Local Not-For-Profits Taking Action Into Their Own Hands 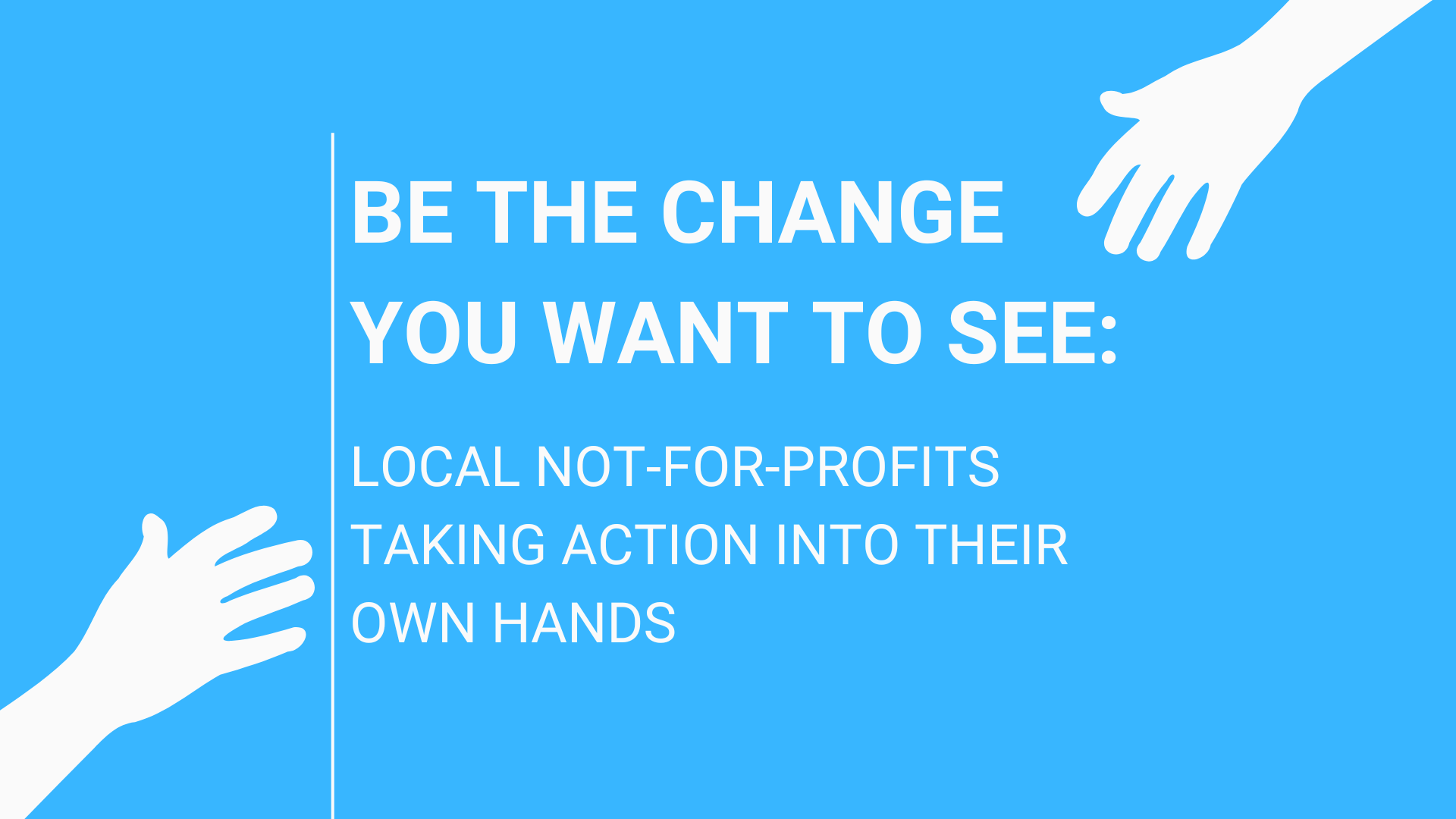 The past few years have been difficult for most people. We’ve heard stories of lost jobs and people losing everything. Homelessness, addiction, mental health, employment and food security have become much more apparent and a reality for many more. But these are things that people have been struggling with for much longer than during the pandemic.

Non-profits can go a long way in helping those who have fallen through the cracks of society. Peg City Kindness Crew is one organization that has popped up in the past few years. With the challenges we continue to see plague our communities, you can’t always rely on governments, and sometimes you have to take action into your own hands.

“We had seen a Facebook post about somebody who responded about granola bars and taco shells and how she was feeding her students from school during COVID because many of their breakfast programs had been stopped. I thought that wasn’t cool. A teacher shouldn’t be paying for things out of pocket,” said Peg City Kindness Crew co-founder Jai. “I responded quickly and said let me see what I can do.”

Throwing together hampers and after noticing a post from Jai on social media, co-founder Deanna would also assist. This would become the informal beginnings of the Kindness Crew.

Jai and Deanna, along with the help of friends and volunteers, have helped feed thousands of Winnipeggers and provide care kits through Peg City Kindness Crew. The group has access to new funding opportunities and resources to help as a registered not-for-profit. However, the task of becoming one was tremendous, said Jai.

“One of our directors took on the brunt of the work, and another has a background in not-for-profits, and they were able to offer a lot of advice. I’ve been in the military and served on not-for-profit boards and things, but I never realized how much work it is to get one started.”

Although it’s a monumental effort, making even a small difference in one’s life motivates the Kindness Crew co-founders. On one weekend, the group provided over 2,500 lunches. According to Jai, it was a chaotic and exhausting afternoon that fulfilled the hearts of all those lending a hand, a true testament to what it means to volunteer your time.

As you spend time on the street, you learn the stories of those you’re helping, which can sometimes be heartbreaking, “You want to do whatever you can for these people, anything to give them a fighting chance that the rest of us have. But there’s no way to give them that fighting chance without big changes in policies,” said Jai.

As the weather continues to shift, it’s difficult not to be aware of how vulnerable those without homes are.

According to Homeless Hub, in 2021, there were approximate:

Working directly with these individuals, you get a true picture of the challenges they face, said Deanna. There is a misconception from some in the general public on what is available for those experiencing homelessness.

“I think a general consensus is there are a lot of programs for them (homeless folk). They can get food, shelter and medical care, but unfortunately, that’s not the case. Unfortunately, a lot of things that are available to them, they don’t feel safe, and they can’t go in there if they are high or drunk. A lot of the people who are struggling are also struggling with addiction. That takes away a lot of their opportunity for support. There are many places where, if they could go, they’re worried they’ll get bedbugs, their stuff will be stolen, and their personal safety isn’t okay.”

Safe consumption sites are a proactive measure to reduce these deaths. There are 46 Health Canada-approved safe consumption sites in five provinces. Sites like these are designated sites where people can use pre-obtained drugs under the safety and support of trained personnel, preventing overdose, reducing disease, and creating opportunities for those ready to connect with professionals and services to treat their addictions. Despite the opposition to this harm preventive measure by the Manitoba Government, a new mobile overdose prevention site run by Sunshine House has been greenlit in Winnipeg by the Federal government.

The efforts of Sunshine House and Peg City Kindness Crew are just two of the dozens of programs and initiatives in Winnipeg that are showcasing compassion and love towards their neighbours. It’s through organizations like these and the hundreds of volunteers who dedicate themselves to making Winnipeg and the world a better place. Their drive is an inspiration and one we should all take to heart.

The holiday season is approaching, winter is getting more serious, and many struggling Manitobans are trying to have good wintertime. Harvest Manitoba has reported that the number of Manitobans with food insecurity has grown recently. According to the data collected by Harvest Manitoba, food bank usage has doubled since 2019. END_OF_DOCUMENT_TOKEN_TO_BE_REPLACED

https://youtu.be/wQhEjmKNpTY It can sometimes feel disheartening to hear what’s happening worldwide. When it comes to politics, things are more divisive than ever. On November 24, Winnipeggers stood together to make a difference, marching for the Take Back the Night (TBTN) movement.  The first ever Take Back The Night event was END_OF_DOCUMENT_TOKEN_TO_BE_REPLACED

After long years of debates, discussions, and delays, the government of Canada released a new bill called C-7 in 2021. Bill C-7 has legalized assisted death for patients with incurable diseases or patients with irreversible comas. The Bill contained very detailed rules, but this Bill has some things that are END_OF_DOCUMENT_TOKEN_TO_BE_REPLACED