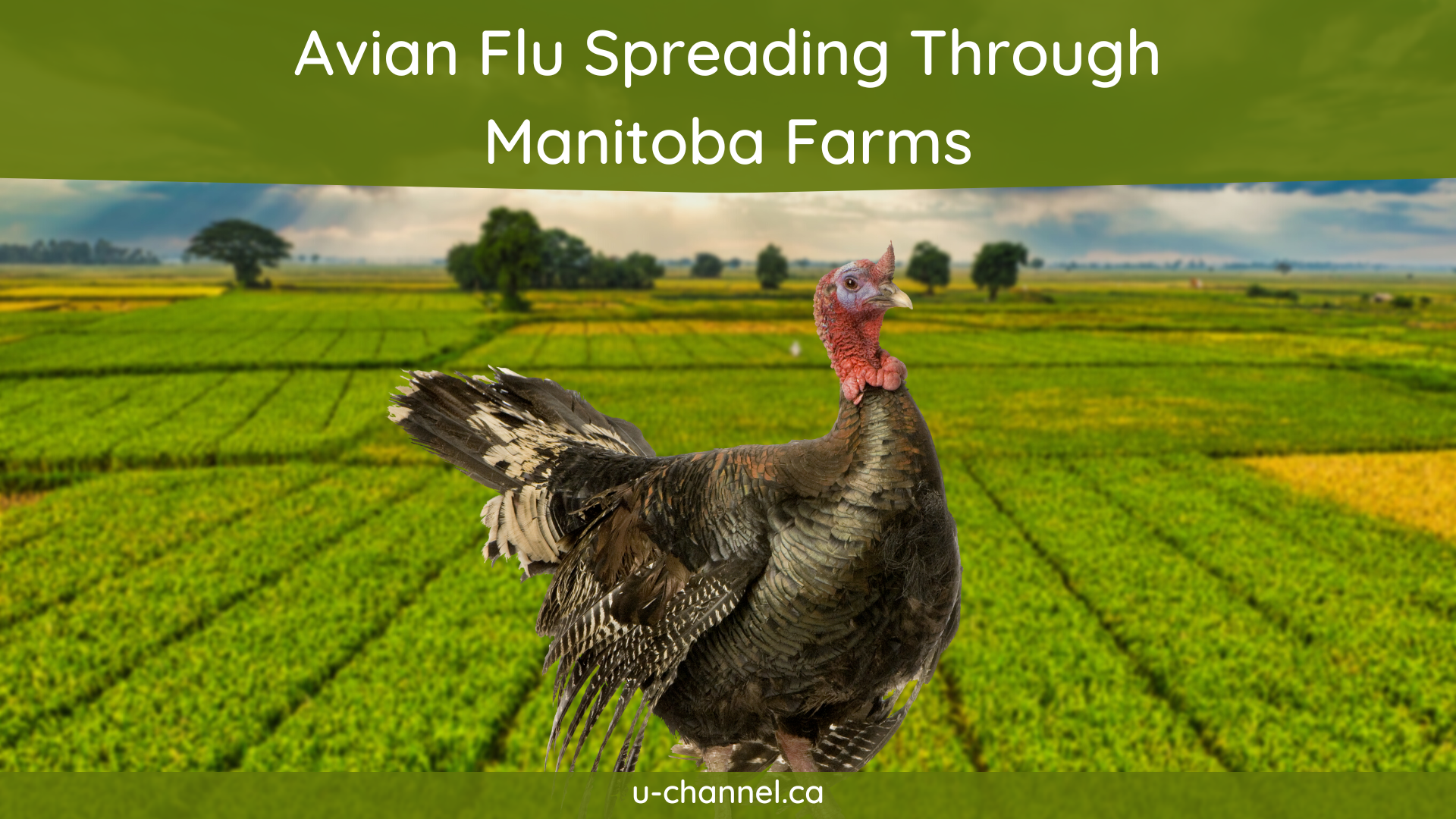 Avian influenza has been infecting farms all over Canada. More than seventeen farms in Manitoba have been affected by this virus. Avian influenza is known as the bird flu and is very infectious; moreover, over the past few months, the virus has been invading many Manitoban farms.

“The Canadian Food Inspection Agency (CFIA) is currently responding to cases of H5N1 highly pathogenic avian influenza (HPAI) in farmed birds across Canada. This is a strong reminder that avian influenza is spreading across the globe and that anyone with farm animals must practice good biosecurity habits.” said the Canadian Food Inspection Agency.

Many Manitoban farmers are losing many birds, and according to the statistics, Manitoba Turkey farms are facing significant losses. Due to the flu, almost three hundred thousand birds have been impacted, which is quite a number.

The influenza problem started in the spring, but it’s getting severe this fall, and farms are losing vital amounts of birds. “Here in Manitoba, this is a new level for us, the spring – at that point, there was just the one infected premise. Our farmers are very concerned, but they’re being very vigilant, taking this seriously,” said Manitoba Turkey Producers Helga Weddon.

The problem is very worrying, and this virus has been killing birds worldwide; over three million birds have been affected by the virus worldwide.

The holiday season is approaching, winter is getting more serious, and many struggling Manitobans are trying to have good wintertime. Harvest Manitoba has reported that the number of Manitobans with food insecurity has grown recently. According to the data collected by Harvest Manitoba, food bank usage has doubled since 2019. END_OF_DOCUMENT_TOKEN_TO_BE_REPLACED

https://youtu.be/wQhEjmKNpTY It can sometimes feel disheartening to hear what’s happening worldwide. When it comes to politics, things are more divisive than ever. On November 24, Winnipeggers stood together to make a difference, marching for the Take Back the Night (TBTN) movement.  The first ever Take Back The Night event was END_OF_DOCUMENT_TOKEN_TO_BE_REPLACED

After long years of debates, discussions, and delays, the government of Canada released a new bill called C-7 in 2021. Bill C-7 has legalized assisted death for patients with incurable diseases or patients with irreversible comas. The Bill contained very detailed rules, but this Bill has some things that are END_OF_DOCUMENT_TOKEN_TO_BE_REPLACED