A Celebration of Indigenous, Métis, and Voyageur Culture 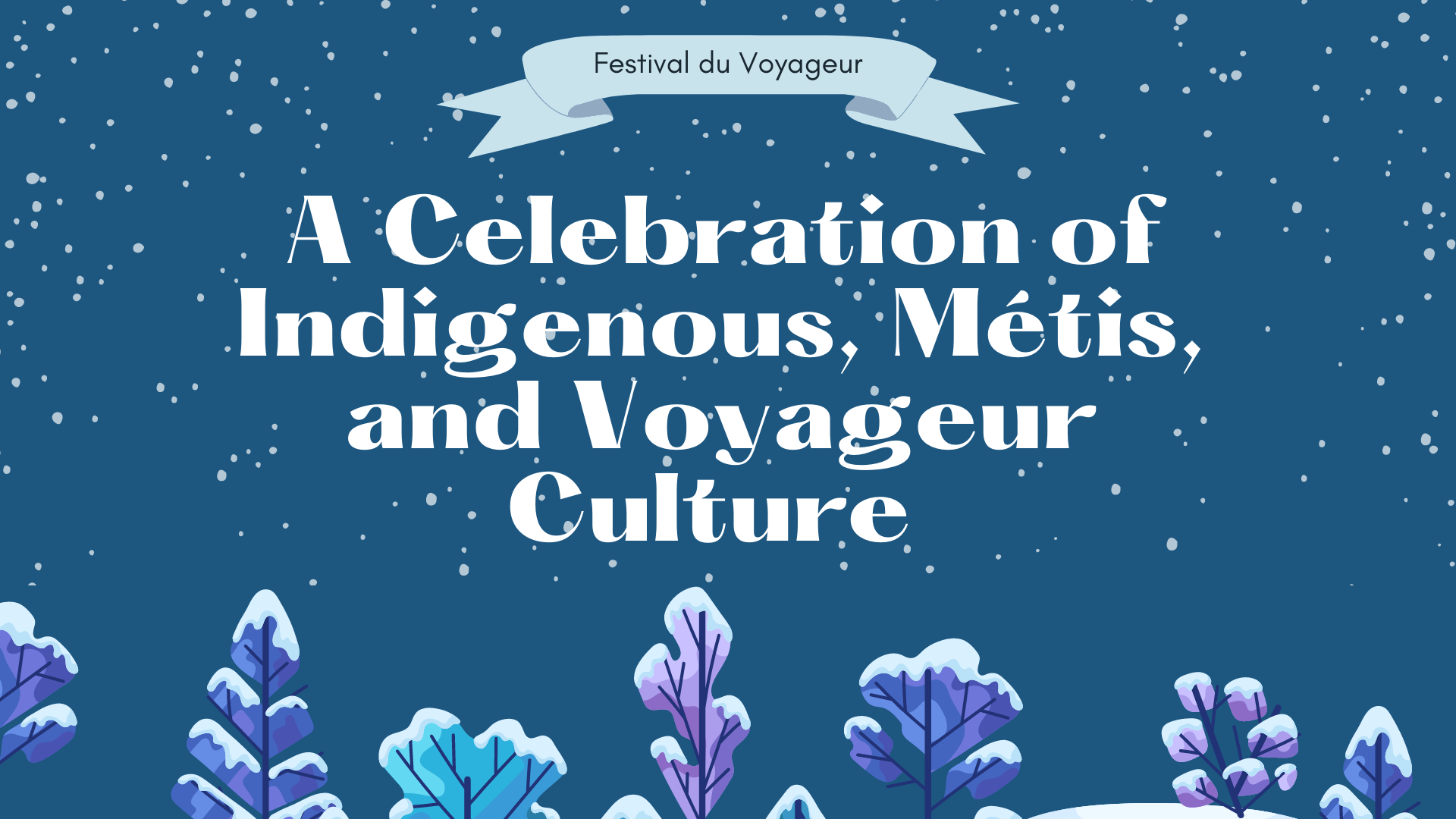 From February 18-27, enjoy curated digital content and outdoor events. The outdoor aspect of Festival du Voyageur has been dearly missed, says Chantal Vielfaure, Director of Marketing, Communications and Sales, and Festival is excited to once again celebrate at Fort Gibraltar

“I’m excited to see people at the park. To hear the music, and I really hope people get wowed at the new concert trailer.”

The new concert trailer isn’t the only entertainment people can expect at this year’s event. The 53rd edition of the historical Festival tells the history of Manitoba, and you can’t tell the history without telling the stories of Manitoba’s Indigenous, First Nations, and Métis peoples. Festival has taken considerable time to focus on these diverse cultures coming together and sought distinct ways to represent that in its programming. As French-Métis herself, Vielfaure is a product of those relationships.

“I didn’t start to learn what that meant to be French-Métis in Manitoba. I was a little bit older and into my adult years. We keep learning and fostering relationships with different elders. Festival also takes a private approach to the staff, educating us and having private ceremonies with elders. So we can better understand where we’re coming from when we’re putting these things in our programs.”

Vielfaure notes they take a careful look at who they’re booking for performances featuring artists from a wide variety of backgrounds. A new addition to this year’s lineup includes an infinity fire, a new fixture becoming a part of the park to last for years to come.

With restrictions in full effect last winter, Festival faced severe difficulties trying to figure out how to celebrate this staple of Manitoban winters. Vielfaure says they developed a digital format that still engages the community, but everything depended on how quickly they could adapt, doing it because they love how much joy it brings.

“We want to make sure we continue having that Festival joie de vivre everyone talks about and loves. With the virtual last year, we didn’t want to give up, and we wanted to make sure we could offer something. People were at home; they needed something to look forward to and smile.”

With how strict restrictions were last year, it was impressive what was all able to be offered at Festival du Voyageur, pivoting to virtual concerts, take-home traditional meals, virtual jig contests, a beard-growing competition, and a video component called Minut Michif.

This year will look slightly differently, broken into four pillars and transformed differently from what Festival typically does. People will notice that the large tents are missing because of restrictions. Vielfaure says not to worry, as there will still be a warm tent, a location for people to purchase souvenirs, food truck vendors, and traditional food. People can still expect a ton of unique and exciting components present, with historical interpretations, the famous snow sculptures, horse sleigh rides and the new mobile concert trailer. It’s looking to be an exciting year for Festival du Voyageur.

For schedules and events, visit: https://heho.ca/en/

The government of Manitoba has released a test project plan to give the residential streets in Winnipeg City a better look into the future. The government’s goal is to lower the speed limit from fifty kilometres per hour to forty or even thirty to make the residential areas safe and END_OF_DOCUMENT_TOKEN_TO_BE_REPLACED

This winter has been one of the most interesting winters that Manitoba has ever faced. It started with very high temperatures, which surprised and confused many Manitobans. Then a couple of storms hit the province.  The weather continued to act weirdly warm, which got some of the winter activities companies END_OF_DOCUMENT_TOKEN_TO_BE_REPLACED