A Blueprint for Cultural Celebration: Myana 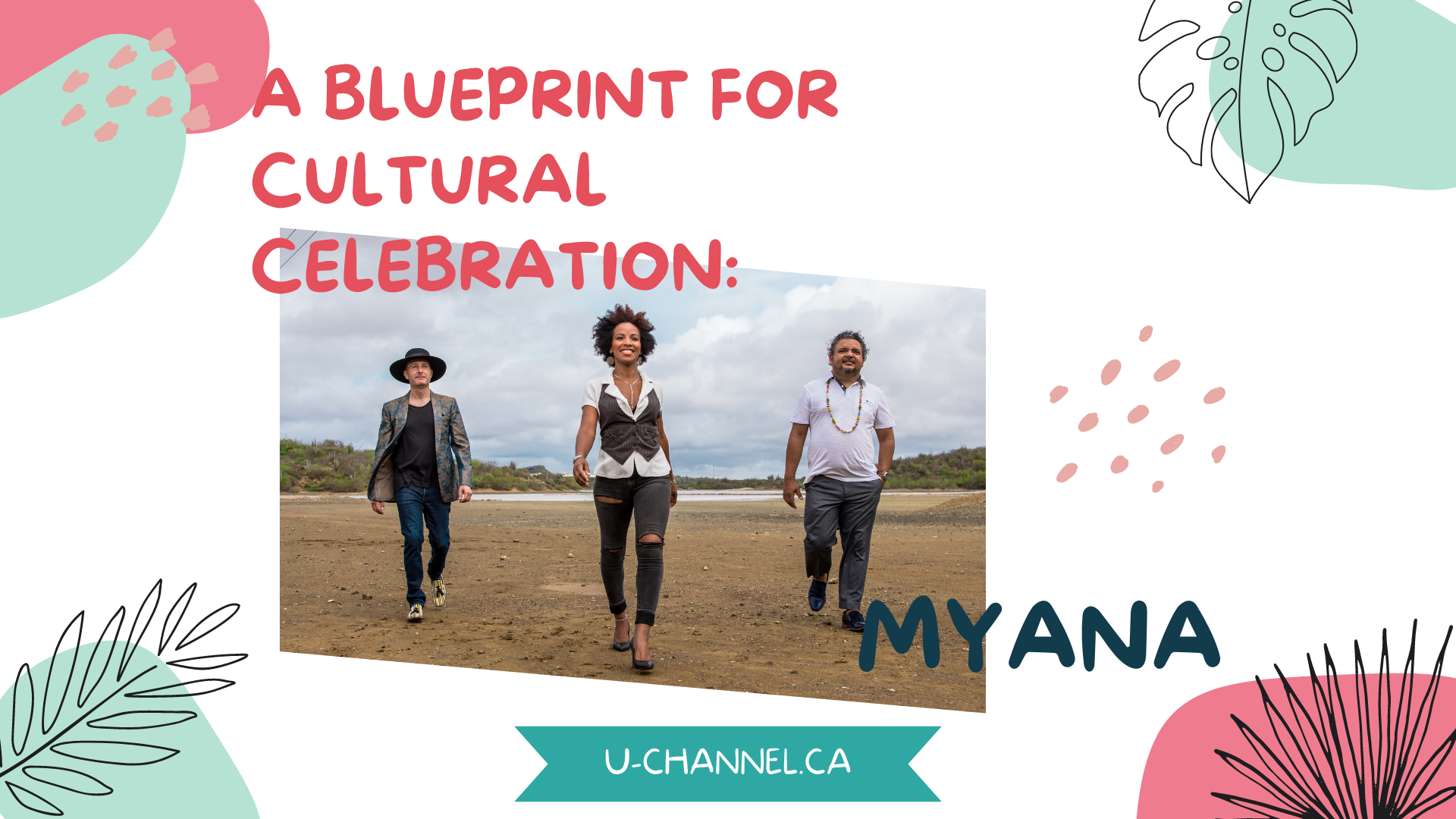 On the Dutch Caribbean island of Curaçao, three talented musicians created an EP, The Walls. The band consists of Bassist Ernesto, Drummer Roselin, and vocalist/guitarist Nicholas. Calling themselves Myana, the group draws inspiration from its Cuban and Canadian members’ roots in its post-pop sound.

How do three accomplished musicians come together to start a band? It all begins with Nicholas’ daughter learning the drums, said Roselin.

“I was the teacher of one of Nick’s daughters. I was the drum teacher. He asked if we could play some of the songs he had. I was impressed and didn’t expect how big they could be. After singing these songs, [Nick] felt we needed bass in this project.”

Nick and Roselin began playing before the pandemic, with an interruption due to COVID-19 restrictions. As they started to ease in Curaçao, Roselin initiated a conversion of what to do with this project and how they would take it to the next level. Ernesto would come onto the scene after hearing these songs played at Roselin’s place. Ernesto also suggested the music needed some bass, so Nick asked him to try out for the band. That’s when Myana was formed. The group has officially released four songs on their latest EP with “Walls,” “Sunday Morning,” “It won’t Be Long,” and “Lost Post Soviet Boy.”

Until the group officially formed in August of last year, Nick was the sole composer of the Myana project, some old, some relatively new, with much of the inspiration from the lyrics about relationships. With Roselin and Ernesto on the scene, their foundations and roots in Latin and traditional jazz and folk music tied with Nick’s English background of English pop and rock have blended ideas and sounds together to create something unique and new. Although extremely new, interest in the band has already started to grow, with people resonating with the distinctive Latin vibes and pop/rock feel.

This multicultural blend is perfect for the Canadian music scene, representing the country’s diversity of culture and ideas, another example of how collaboration can lead to innovation.

“It’s a celebration if you do it authentically,” said Nick. “One thing I feel when you hear our sound is it’s not like that’s Latin-rock or someone is doing rock with a Latin beat. There’s something that we bring to it. I guess it could be ourselves, a blend of our heritage and musical background, but it’s also who we are. That diverse blend, that mixture makes it unique. If you approach it that way and celebrate it instead of trying to exploit it or make a gimmick, I think that’s a good blueprint for music and human interaction and respect for people.”

The government of Manitoba has released a test project plan to give the residential streets in Winnipeg City a better look into the future. The government’s goal is to lower the speed limit from fifty kilometres per hour to forty or even thirty to make the residential areas safe and END_OF_DOCUMENT_TOKEN_TO_BE_REPLACED

This winter has been one of the most interesting winters that Manitoba has ever faced. It started with very high temperatures, which surprised and confused many Manitobans. Then a couple of storms hit the province.  The weather continued to act weirdly warm, which got some of the winter activities companies END_OF_DOCUMENT_TOKEN_TO_BE_REPLACED